Letter from the Editor: Cause & Effects 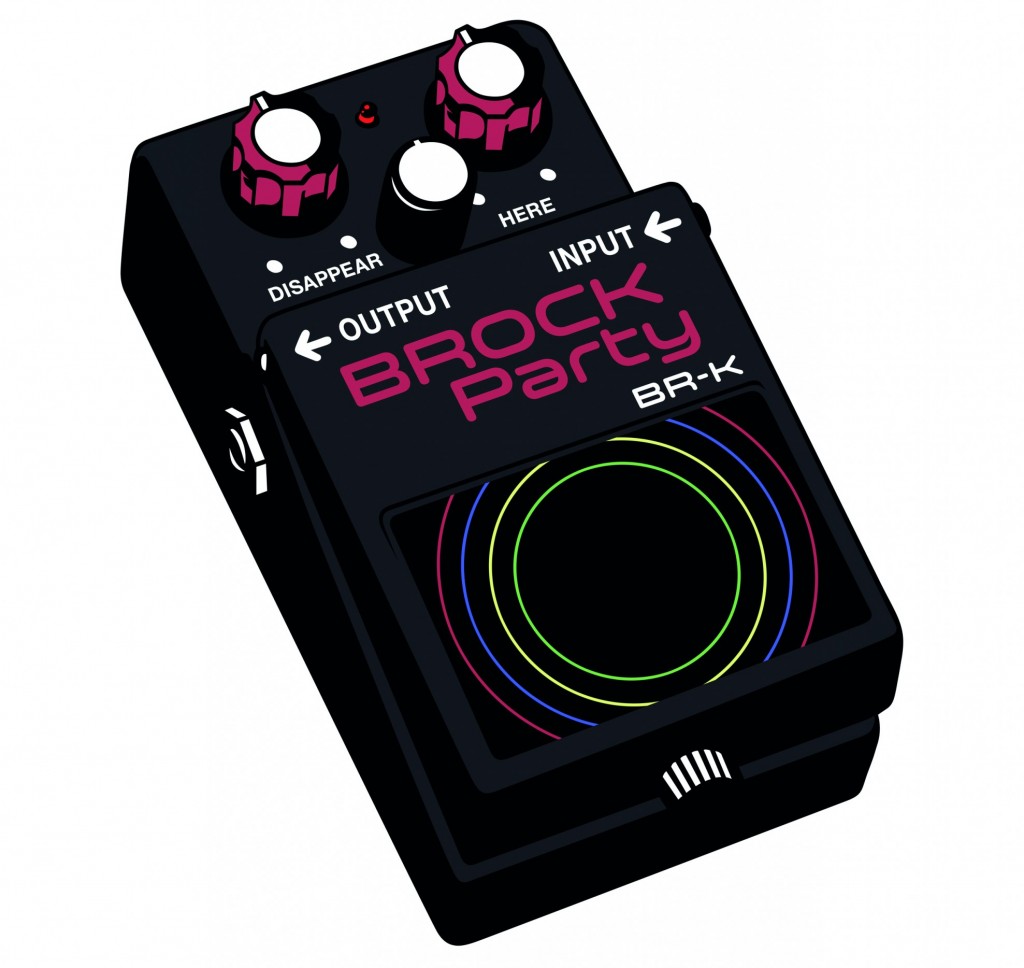 The clean signal was always just too dry for my taste. If it wasn’t a little messy, why should anyone care? Why would anyone remember? Can anything be truly fun without a basis in chaos? 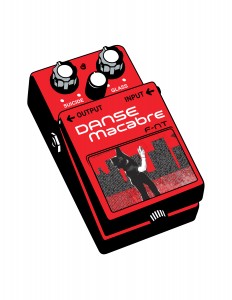 I was a late bloomer for rock music. Just couldn’t care. Loved musical theater and a few oldies groups from the tracks that my dad and his friends covered in their band. In 6th grade, I found Beck and Radiohead and the power of loud nonsense. A childhood of piano lessons I’d never cared about suddenly took new importance, as I so clearly needed to bang out the discordant soundscapes I’d suddenly fallen for. But piano wasn’t the instrument. This may have stemmed from my 70+-year-old piano teacher trying to overexplain each Pink Floyd song I brought to class with interpretations that were oddly supportive of the Vietnam War? Hm. To unpack another day!

My dad grabbed me my first guitar. Green with black accents, with a white pickguard and mechanics. It had the same color scheme as the middle school I was headed into. And I became obsessed. But I didn’t want to play the guitar the way anyone else wanted to play guitar. I wanted to make outrageous sounds—tones that no one had ever heard before. Songwriting, music theory, and (quite frankly) skill all took a backseat. 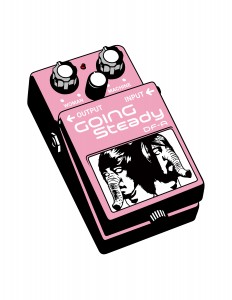 Pops set me up with a weekly class with the guy who taught him guitar, Steve. In the late 90s, Steve thought he’d teach me the same way he’d taught decades of young musicians in Salina, Kansas. We’d start with twelve-bar blues. We’d start with scales. Instead, I brought in songs by bands like Rage Against The Machine. Steve simply couldn’t understand why I’d come to him to learn how to rub an Allen wrench on guitar strings while running them through a Whammy pedal. He didn’t understand why I didn’t just want to learn “Bad, Bad Leroy Brown” like my father before me. He didn’t understand how a person could live this way.

I came up with a generation of musicians that—thanks to the influences of alt and electronica—identified with music that became unhinged but remained accessible to anyone. If I’d been born just a few years earlier, I probably would have fallen in love with bands like Kansas, which required a master’s degree to play along to. Kurt Cobain throwing on a chorus effect at max and rubbing his guitar with a plaid shirt until his hands bled and he fell off a stage—that’s the guitar solo that spoke to me. I understood all that. 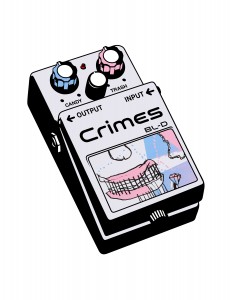 I got a 4-track tape which let me record four different instruments in a song. In grade school, I wrote and recorded songs on it, and released those on an album I sold to friends. I used that money to upgrade to an 8-track recorder. Then did the same. I followed this pattern throughout my adolescence. I started a record label. I recorded other bands and tried to build a world as my technology evolved and my skills evolved. But my pursuit never changed. Moreso than writing the perfect song, I just wanted to make tracks that conveyed a ~vibe~ that you couldn’t deny. And effects pedals were a huge part of that.

If you look at this month’s cover (or the featured image on this page), you’ll see an example. In the guitar world, effects pedals are these little devices you stomp on. You tweak dials and align them in various orders, but the end goal is to take the simple sound of a clean guitar signal and turn it into whatever dreamscape you approximated in your head. Oftentimes, this means you’ll encounter a tone so far away from what you expected… it’s quite simply auditory mad science.

A therapist of mine once said that I’m addicted to chaos. [Yeah, Doc. I know. I chose to run an alternative paper in Kansas City. I’m not here to make friends or have a nine-to-five.] But beyond that, I’ve learned to understand just how much I wanted to bring a new sound into the world, at any given opportunity. 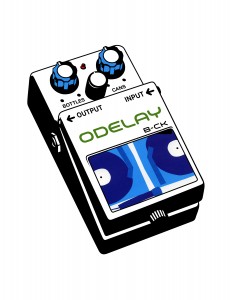 I’d like to make sure that a new voice thrives. That a call rises. That a burning flaming incinerates all that stands between us and that which lives above. But when it comes to the basics of input, output, and the effects betwixt? I just want to make sure that whatever we do is the kind of thing no one has done before, nor will ever copy.

Welcome to our Music Issue. Enjoy the best of what this city has to offer, and just how much those echoes pierce the veil. Thanks for coming here—to the place where the signal will never be dry.