Letter from the Editor: A toast untoasted, a couple unroasted 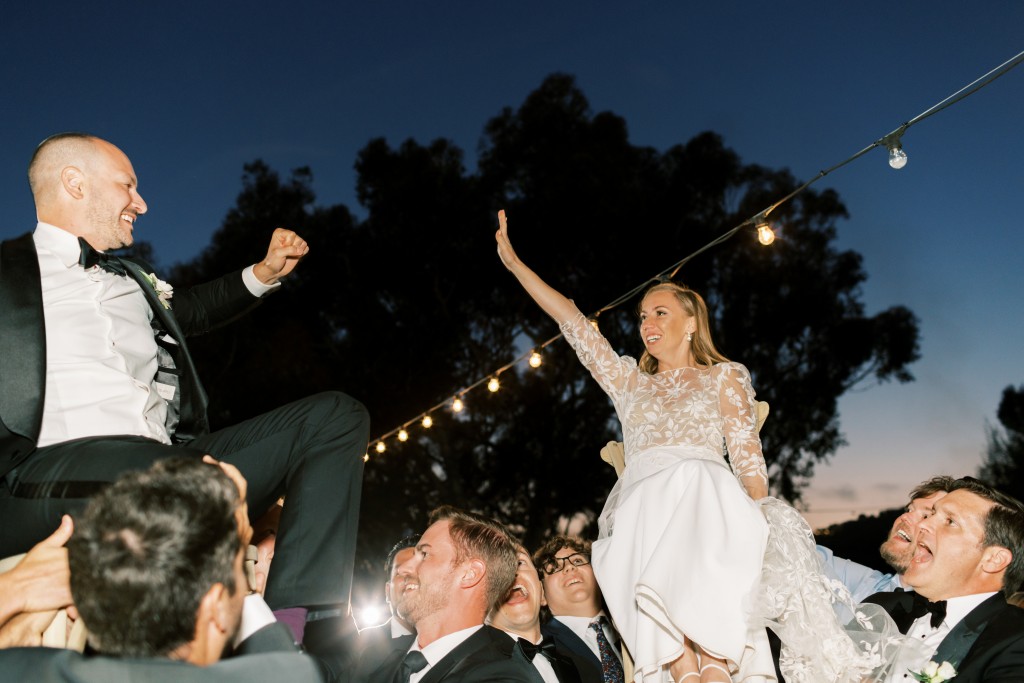 Derek & Alaina. Brock shouting in the bottom right while holding up a chair. // Photo by Erica Streelman

Derek and I met Day One at college. We didn’t live in the same dorm. We weren’t in any sort of “Meet & Greet,” and we had no shared interests. Determining how and why we met or even spoke is nearly impossible. As is the case for him across his lifetime, I assume he tagged into a preternatural instinct that just pointed him in a direct and said, “Hello, yes. That person. That person belongs with me now.”

Derek and I swore we weren’t the kind of guys to join a frat. Then we joined a frat. Because that frat only wanted both of us or neither of us and we were like “Sure, let’s try this weird experiment.” My little sister Brooke (who you might know from being our KC Cares writer every month) loved to come visit me in college. She stayed in our frat house—a place where no woman should have ever set foot, nor any human being truly. On so many trips, Derek was a better big brother to her than I was. The kind of guy who would kick the shit out of someone for being weird to her. A true protector.

In 2017, Derek was the best man at my wedding. While the event itself was a small personal affair in Salina, Kansas, Derek oversaw the group as we did a three-hour limo ride to Kansas City. (Yes, drinking champagne for three hours in a limo resulted in… a number of restroom stops between Lawrence and KC.) Because Derek is a huge big-shot fancy business-boy these days, we checked in that night to Crown Center, and he was automatically upgraded to the Honeymoon Suite. Instead of—I repeat—the people on honeymoon. I do not think my wife begrudges him for this, nearly as much as she begrudges me for being baked outta my gourd in a hotel room with a grand piano (!) and trying to bash out Ben Folds Five songs at 3 a.m. instead of being, y’know, a husband.

Last week, I flew to LA to be a part of Derek’s wedding. My sister was my date for the wedding, because her connection to Derek for always being the “other older brother” has never gone away—a true testament to his character. We had an exceptional weekend out on the coast, at venues overlooking the Pacific Ocean, and staying in a resort hotel more expensive than, I assume, the cost of saving the rainforests or sending a manned mission to Mars.

When Derek announced the wedding, it was set for Italy in mid-2020. I remember texting him in February to say, “Hey, I don’t think your wedding is happening.” This was as I was watching the news say that travel between us and Italy was getting shut down. He called back to say “Why do you think this won’t happen? I’m in Italy and checking out venues right now!” To which I said… “Uh, how fast can you possibly run to the airport. I fucking mean it. Go go go go go.”

The wedding finally happened. Our gift bags and other merch all had letters that said things like “Welcome to Italy” with the “Italy” part crossed out and “California” written in with a magic marker. They leaned into the whole “whoops” element, and it was very funny. 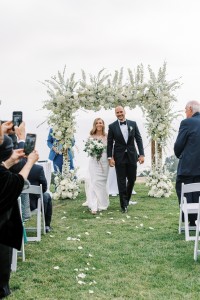 My job at Derek’s wedding was to be the M.C. for the evening. To set the stage and to introduce all the people and songs, and generally just celebrate/roast the beautiful couple to be. Minutes before the post-wedding party began, the wedding planners hid the microphone from me. They thought I might be a loose cannon and didn’t want to deal with it. To be fair: I have loose cannon eyes. And I’m absolutely a chaos demon who lives for violence. But still. I’d been asked to run this almost two years ago. And now we were hiding the microphone from me, in a grade-school level passive aggressive solution. And I did not take it well.

The big centerpiece was that they’d asked me to come speak to them and entertain the entire party; mostly in my capacity as a stand-up comedian. Instead, the person who showed up was the investigative journalist. The night before, at the post-rehearsal dinner when everyone got way too drunk at the hotel for hours on end, I did a Brock. I sat around different groups and—while it looked like I was just dicking around on my cell phone—I actually took down notes. I took notes on everything that I overheard. From so many different friends and family groups.

Had I been allowed to speak at the wedding event (I was flown out to lead), I had prepared 37 different anonymous quotes from their extended circle extrapolating embarrassing stories from their past, tales of horror from previous relationships, and painfully honest evaluations of what chance this new marriage had.

My wedding present to this couple, as the Woodward and Bernstein of petty bitchy bullshit, is that I’m never sharing this document. Not until your tenth wedding anniversary—a point at which this will only be funnier than before, and will only solidify how truly in love you are, and what hurdles you’ve overcome.

By way of coda: Derek came back to the hotel from the wedding so drunk that two men had to carry his corpse between them, like Weekend at Bernie’s but for the most important night of his life. He slurred at me in an elevator: “I’m never drinking again.” Which marks the 13th year in a row Derek has said that to me in total earnestness. But as we waited on security to come help break him into his own room (because he lost his keycard), his brother laid him on the ground and my sister held his hand and patted his hair. “Brooke, I’m so sorry and you’re so wonderful,” he said repeatedly. There was no better end to this wedding than my sister, who considered him the better protector, kneeling in a hotel hallway a decade later and returning the favor.

To Derek and Alaina: Mazel tov. Also, you’ve got a helluva journalist dunk heading your way in nine and a half years. Hope you think it’s funny then. Congrats, dumb-dumbs. Love you both, unending.