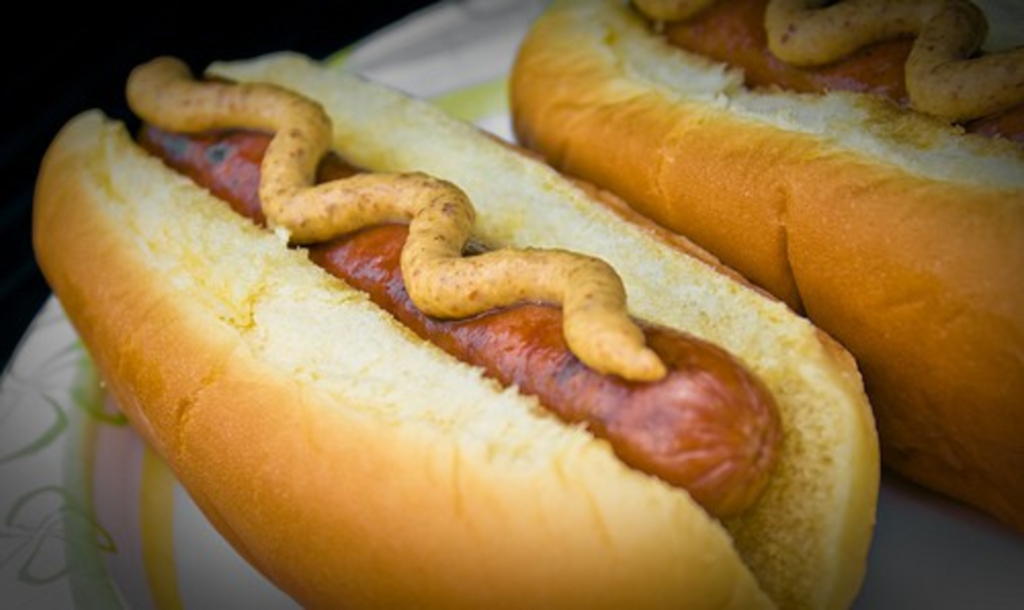 After buck night at The K, a lot of people wish hot dogs came with warnings. And if the Cancer Project in New Jersey gets its wish, hot dog packaging would come with the following label:

“Warning: Consuming hot dogs and other processed meats increases the risk of cancer.”

The group equates the cancer-causing potential of processed meats with the dangers presented by tobacco, but the science on the issue is muddied. But most people would rather not start digging around under the natural casing.

“At what point do you stop breaking things down? Unless we’re going to put a warning label on every food and say what’s bad in it,” said Joe Di Lauro, interviewed outside Pink’s Hot Dogs in Hollywood.

The Cancer Project joins a growing chorus of activists and authors hoping to persuade the American public to move towards a diet that includes more vegetables and less meat. That’s essentially the premise of Michael Pollan’s latest book, In Defense of Food: An Eater’s Manifesto.