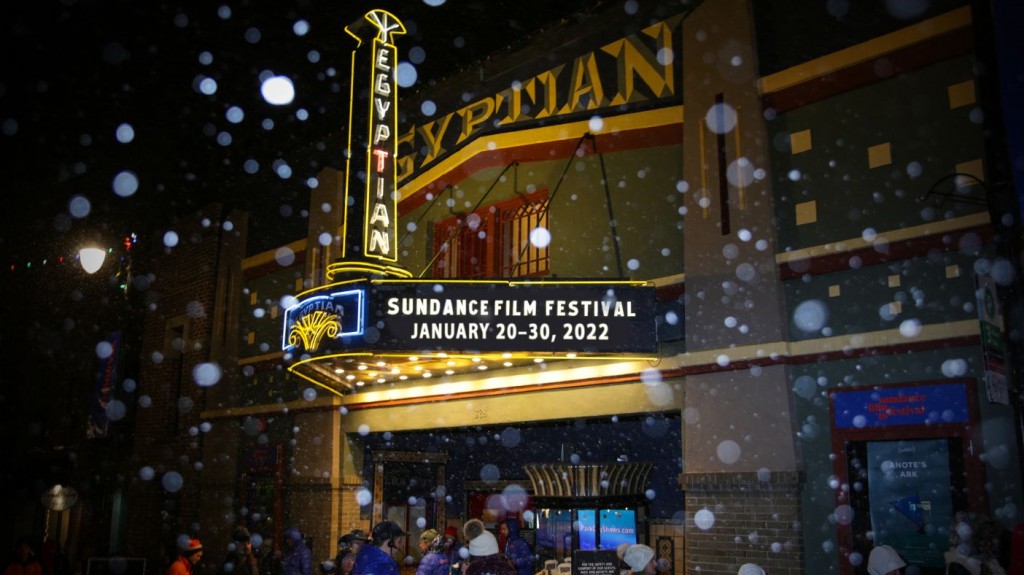 Usually, when a big tentpole film festival happens, midwestern movie lovers who aren’t members of the press have to make do with observing from the sidelines. Most of us experience buzzy fest releases via early reviews, interviews, or news about which movies we didn’t get to see, that have already scored multi-million-dollar distribution deals.

The pandemic has changed things—this time, amazingly, for the better.

Lawrence’s Liberty Hall will serve as part of the Sundance Institute’s Satellite Screens program. From January 28-30, you (yes, you, regional film lover!) can check out a selection of features, shorts, and documentaries from the 2022 Sundance Film Festival in downtown Lawrence.

Lawrence is one of seven locations selected by the Sundance Institute to participate in the program, which started in 2021. That year’s selected sites included a partnership with Wichita film nonprofit mama.film, founded by executive director Lela Meadow-Conner. mama.film partnered with the institute again this year to bring Sundance programming to Lawrence.

“We’re the only screen in the middle of the country,” Meadow-Conner says. “I’m so excited to be in a venue like Liberty Hall with folks who want to immerse themselves in these stories.”

Brenda Coughlin, director of engagement and advocacy at the Sundance Institute, says the selected films, which cover six festival categories and a variety of genres, were chosen for their ability to speak to Satellite Screen audiences, as well as giving their filmmakers added exposure.

“The benefit for audiences is increased options and opportunities to engage with unique storytelling early on in the year, same as our Park City and industry audiences,” Coughlin says. “For our filmmakers, there is a benefit as well–right as their films premiere, they have the chance to bring their stories to a wider, more diverse group of viewers around the U.S. and to engage with them at the very beginning of their exhibition journey.”

Alongside the screenings, Meadow-Conner and mama.film will host the KS+Film Convergence event, which offers opportunities for regional filmmakers, film students, and film festival art house programmers to meet and discuss the future of film in Kansas and Kansas City. The programming includes partnerships with the Transgender Film Center, the Kansas City Film Office, the KU film school, and Wichita State University’s Shocker Studios.

“The goal is to bring people together, create connection and networking and opportunity to collaborate,” Meadow-Conner says. The Satellite Screen program and the KS+Film Convergence are just the latest fruits of a regional film movement that’s been taking shape for a while. “Festivals and organizations and film schools are doing lots of work to see how they can support the film community in this state and this region. It’s a conversation that’s been happening for a long time, but in the last year, it seems like people are coming out of the woodwork and making things happen instead of the ‘wouldn’t it be cool if’ mentality we’ve had for so long.”

Tickets are now on sale for the Satellite Screen films. Here’s a look at what’s on offer. For a full list of scheduled screenings and accompanying KS+Film Convergence programming, check this out. 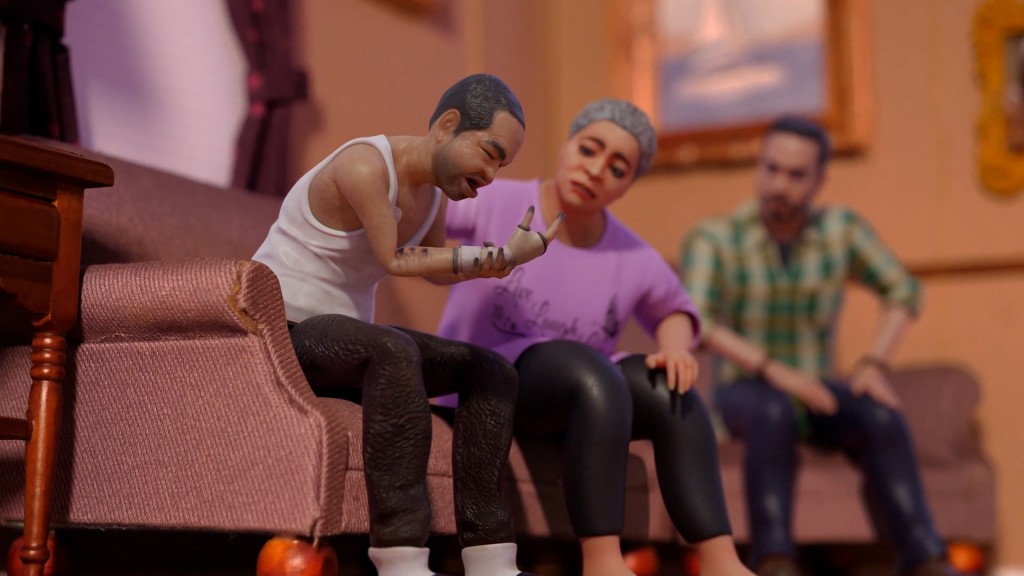 A still from Chilly and Milly by William D. Caballero, an official selection of the Shorts Program at the 2022 Sundance Film Festival. // Courtesy of Sundance Institute.

Paired with fellow experimental documentary Chilly and Milly as part of the Satellite Screen program’s shorts lineup, Kicking the Clouds looks at native language, centering on a cassette tape of a Pechanga language lesson between director Sky Hopinka’s grandmother and great-grandmother. Kopinka contextualizes their lesson in a current-day interview with his mother.

A Cherokee elder and a first language speaker tell a story that explores expressions of reciprocity in their culture. (screens with Every Day In Kaimukī )

The synopsis for Krystin Ver Linden’s feature debut may sound familiar: Palmer’s enslaved Alice escapes from a Georgia plantation only to discover that the year is actually 1973. The change in time period suggests we might be in for something a little more pulpy and interesting than the unfortunately messy Janelle Monae film Antebellum from 2020, with which it seems to share a lot of DNA. The film has already been acquired by Vertical and Roadside entertainment. If you can’t make it to Liberty Hall in January, look for a release around March 18.

An expansion of a 2018 Sundance award-winning short film, Emergency is a dark comedy that follows a group of high-achieving college kids determined to become the first Black students to complete their school’s frat party tour. When the friends find a passed-out white girl, they have to weigh the ethics versus the life-threatening optics of calling the cops. Amazon has already picked up distribution rights.

Every Day In Kaimukī

The Sundance film festival describes Alika Tengan’s slice-of-life debut film, about a twentysomething Hawaiian skateboarder faced with a big life change as “pensive and lyrical,” and Meadow-Conner says “It reminds me of the Sundance films I used to see years ago in Park City, with a simple story and beautiful storytelling.” Meadow-Conner will be interviewing Tengan remotely as part of the film’s premiere at Liberty Hall.

Honk for Jesus, Save Your Soul

Based on her short film of the same name, writer/director Adamma Ebo’s satire features lead performances from Regina Hall and Sterling K. Brown as a megachurch pastor couple. Hall’s Trinitie Childs and Brown’s Lee-Curtis Childs try to rebuild their congregation in the wake of a major scandal. If The Righteous Gemstones taught us anything, it’s that megachurch scandals make for outstanding comedy, so between that and a promising lead duo, this already has lots going for it.

This uplifting Brazilian film from writer-director Gabriel Martins follows a lower-middle-class Black family living on the margins and considering potential turning points in their future. As the optimistic Martins family settles into the new reality of life under a far-right extremist president, they each face the future in their own way, from falling in love to wondering if they’re cursed to considering life on other planets. Sounds relatable.

In 1973, 20-year-old Korean immigrant Chol Soo Lee was arrested and convicted of a Chinatown gang murder based on flimsy evidence and white tourists’ eyewitness accounts. Lee was sentenced to life in prison and spent years behind bars before journalist K.W. Lee took up his cause in an investigation that inspired a pan-Asian American grassroots movement to fight for Lee’s freedom. Eugene Yi and Julie Ha’s documentary follows not only the dramatic fight for justice, but also the complex legacy of Lee himself, and what happens when one man becomes the symbol for a movement.

Eva Longoria Bastón (Yes, the Desperate Housewives star) makes her debut as a documentarian with this film about the early 90s boxing rivalry between Oscar De La Hoya and Julio César Chávez. Longoria Bastón digs into the cultural significance of one of the biggest sports stories of the 90s, and particularly what it meant to Mexican and Mexican American communities.

Slave to Sirens is the first and only all-woman thrash metal band in the middle east. What more do you need to be sold on this? Documentarian Rita Baghdadi follows the relationship between the band’s members complete with affection, infighting and artistic integrity, all challenged in the face of the unraveling of their Beirut home. The film promises rad music, an exploration of the complexities of female relationship and real-world political perspective. In other words, a little of everything. 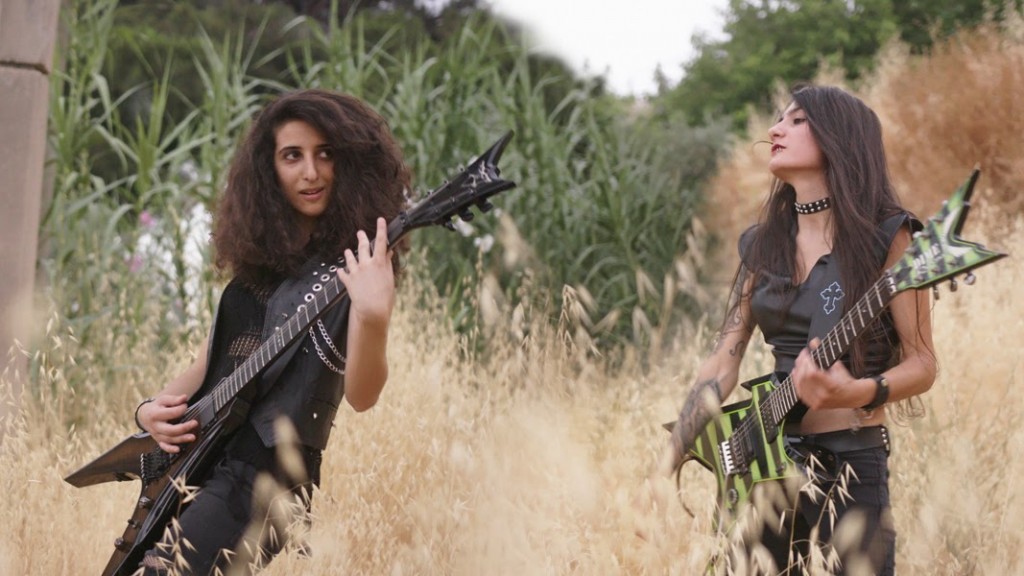