Sav Rodgers is getting a seat at the table, by building his own table 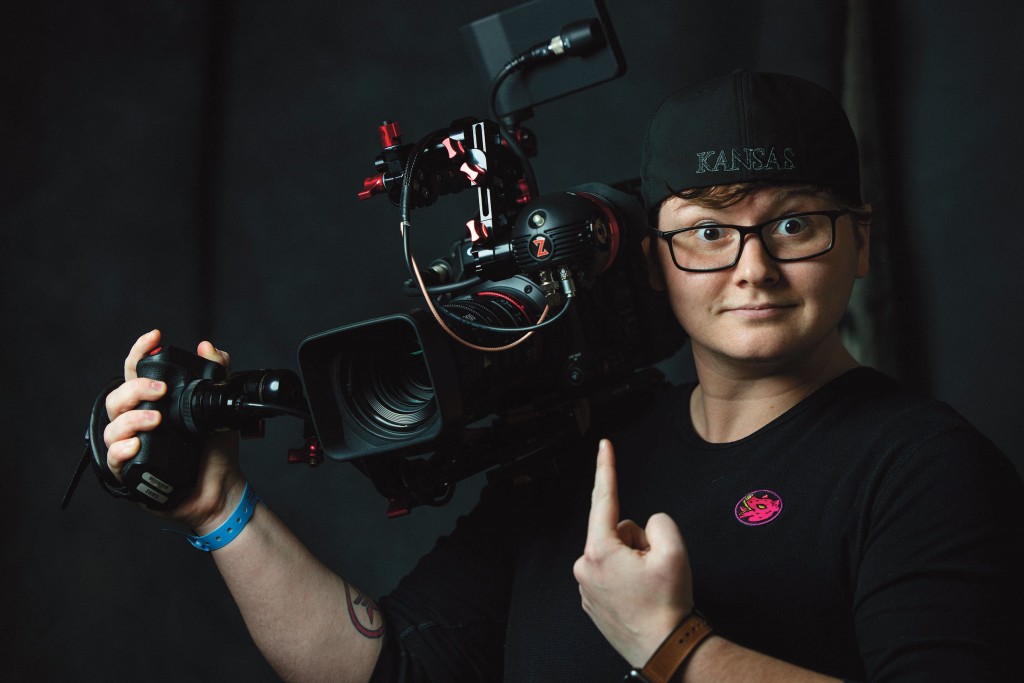 A recent report by the Annenberg Inclusion Initiative—the leading think tank studying diversity and inclusion in the entertainment industry—notes 2019 was a record-breaking year for transgender representation in film. Out of the top 100 highest-grossing films of that year, a whopping three featured trans characters, who collectively accounted for a total of two minutes of screentime.

That is, to put it mildly, a low bar.

Transgender filmmaker Sav Rodgers is working to change that. “People have been trying to tell our stories without our participation,” Rodgers says. “We want to create our own tables and invite people up the ladder that way.”

In November 2020, Rodgers, an Olathe native, founded the Transgender Film Center, which provides start-up and completion funding to transgender creators. This year, the Transgender Film Center will award its first two grants of $1,500 each. “There’s a lot we want to do with (the organization) to maximize impact and create resources for trans filmmakers that I wished I’d had when I was coming out,” Rodgers says.

The process of creating the Transgender Film Center started after the cancelation of SXSW last March due to the coronavirus. Rodgers had initially been scheduled to speak as part of the festival’s 30 Minute Film School panel. As lockdowns continued across the country, more and more of his planned speaking engagements kept drying up. 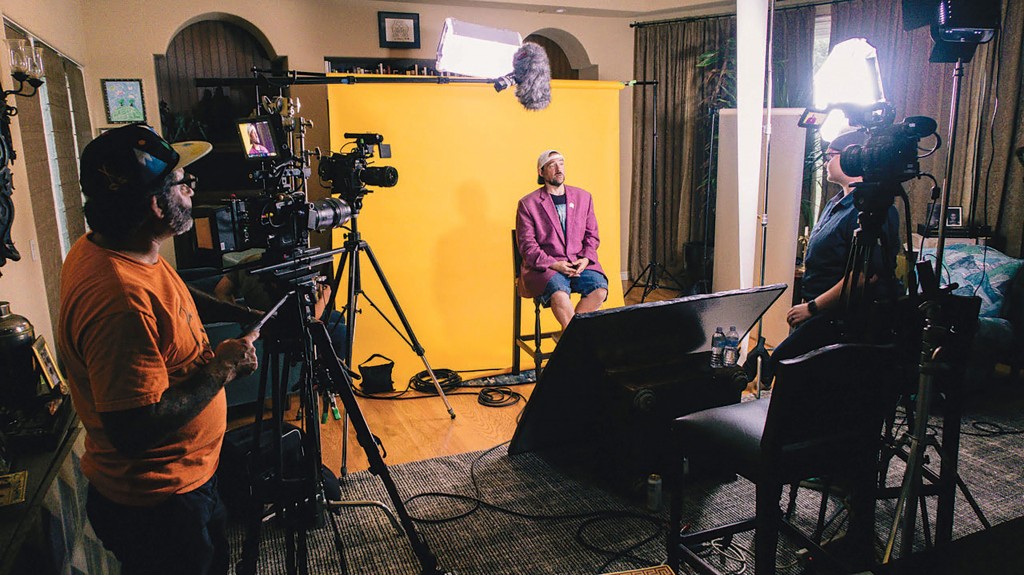 “I took that frustration that I was feeling in my life and channeled it into something productive,” Rodgers says. “I thought about what resources I wished I’d had. I came up with the idea and ran it by colleagues who were nonprofit leaders and activists, thinking I’d start it in the next few years.”

It turned out Rodgers’s colleagues thought there was a more immediate need for his proposed funding resource. “They said, ‘We think you should do it now.’ I started recruiting great people as advisors, and we’re off to the races now,” Rodgers says. “We’re starting small, we’re a grassroots where I’m the only staff member. I’m excited for how we can expand and create a sense of community.”

Rodgers says proposals have already started coming in. “It’s exciting to see that people are applying with their passion projects. You can see the excitement lift off the page when they’re pitching themselves and their stories to us. We’ve been able to say this resource is available, share your stories with us.”

Rodgers says the obstacles facing the trans filmmaking community are the same that exist for any other group, particularly underrepresented populations: namely, funding.

“The reality is that we largely have the same problems as other filmmakers, but there are prejudices against us. Funding is the biggest barrier, but all we want are the same opportunities, and to not be pigeonholed into only telling trans coming out stories,” he says.

Research shows diverse representation in media matters for the population groups it depicts as well as those it doesn’t. For a cisgender person with no friends or family who identify as trans or gender non-conforming, their only exposure to that perspective might come through media. The same might also be said of LGBTQ+ individuals growing up with a lack of real-life role models who share their experience.

For Rodgers, an early encounter with the Kevin Smith film Chasing Amy—in which a straight man falls for a queer woman—was the first time the then-middle schooler growing up in Johnson County saw gay characters positively represented onscreen. 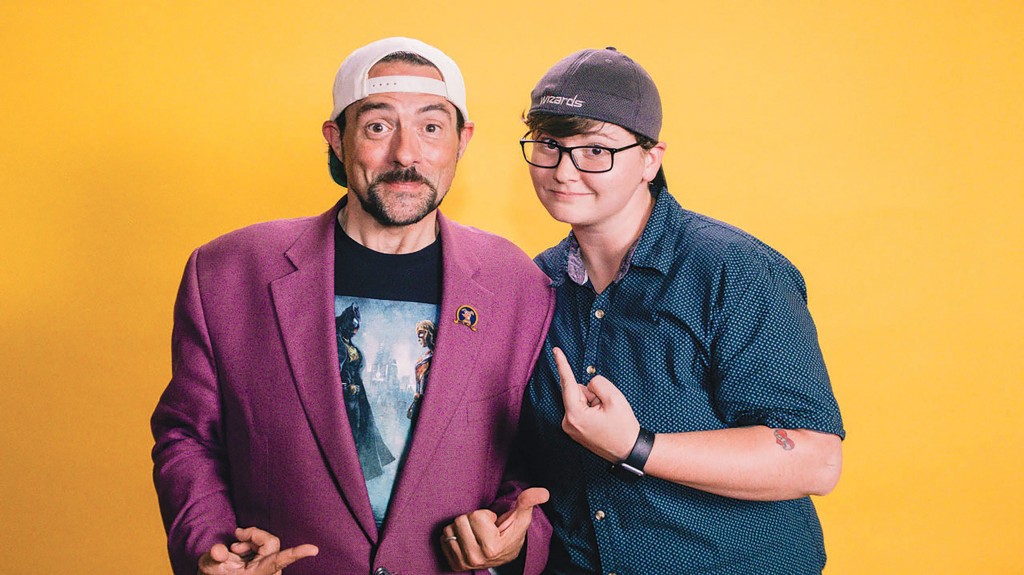 “For so many years, that movie really got me through the day, to reconcile my relationship with sexuality and gender,” Rodgers says.

That experience led Rodgers to make the documentary Chasing Chasing Amy, currently in post production, about the movie’s complicated legacy in the LGBTQ+ community since its release in 1997.

“It’s been the greatest privilege of my life to get to work with such great people, and to really grow up in the process of making it in a way I’d never anticipated,” Rodgers says. “When I started making the movie, I wasn’t out as trans. Through the experiences of the incredible people I got to work with on this film, including our producer, Carrie Radigan, and people like Kevin Smith and Joey Lauren Adams… I’ve been so lucky to work with such incredible people on this.”

The experience of making Chasing Chasing Amy was another factor that drove Rodgers to create the Transgender Film Center.

“I felt so lucky that I got to live my dream for a couple of years, and when the pandemic happened, I saw funds start drying up, and nonprofits start to shutter,” Rodgers says. “My thought was ‘That’s less resources that people like me have to make their films.’ This is my way of paying it forward, creating an institutional resource that’ll exist beyond my participation with it.”

As for the future of the Transgender Film Center, Rodgers says the goal is to grow the organization into an institution that celebrates the past and future of trans film and creatives.

“I’d love to have a physical space where we can shine a light on trans filmmakers, host screenings of their films and work with organizations to preserve their art in a meaningful way,” Rodgers says. “I’d love it if we had hundreds of thousands of dollars to support trans filmmakers, and programs that connect filmmakers with paid opportunities to do their work. It’s gonna take a lot of work and community partnerships, but I think it can be done and I won’t stop until we get there.”