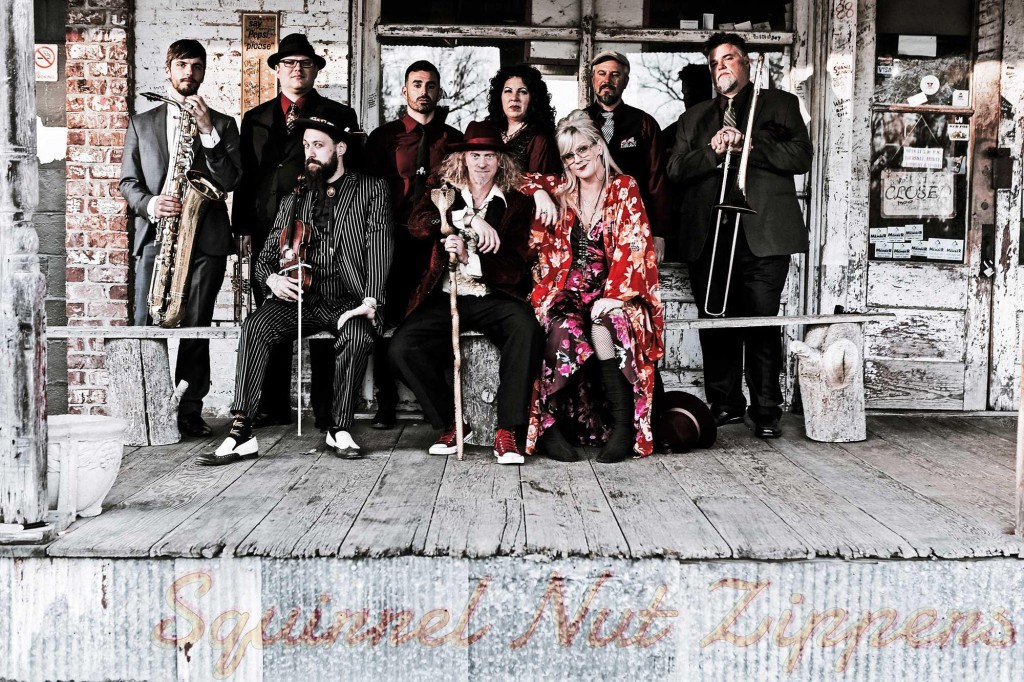 Squirrel Nut Zippers pulled a trick. In the mid-90s, this band of bluegrass hickrockbillies had a song called “Hell” that broke through into the weirdo rock mainstream. They were part of that last age wherein folks like Beck could just rock out on a banjo or whatever and it could be accepted on the same scale as the latest Trent Reznor. It represents one of the last moments of true musical equality in the way that you could roll the dice and accidentally get someone from way outside the spectrum.  And then bring them in.

Now, decades later, we’re talking to James “Jimbo” Mathus about what it means to be in this band, and what comes next.

So I just wanted to ask you, what’s exciting about the new tour? The music? Tell me what’s going on with you and the Zippers these days.

James “Jimbo” Mathus: The most exciting thing is just the band itself, how fantastic they are. We’re basically an all New Orleans-based, nine-piece band, and man, everybody’s just mastered their instruments, stagecraft, costuming, dance, you name it. We got reinvigorated and revived, put a bunch of new songs together, and it’s just a whole lot of skill onstage and a whole lot of fun.

Is that one of the exciting parts of shuffling lineups, is getting new people in to sort of re-invent the old songs and take on the new ones?

Mathus: Totally. We really did go back and arrange the old material is very cool, very creative ways. So we’re not just recreating what we did, we’re actually moving the dial. So I’m quite proud of it.

Is there a song on the new album that sticks out to you? Something that you really didn’t know was going to wind up as it did, or it took you into a place that you hadn’t been before? 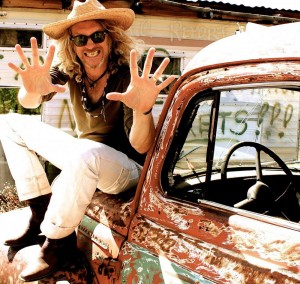 As a longtime fan, I know a lot of your earlier albums were ones that you had to rush into the studio and rush out in a week or two. Is it nice to be at that point in your career where you can sit down and take some time with an album, or do you still feel the pressure of that sort of situation?

Mathus: We kind of like to work fast, we’re old-school in that way. So we’re based on the old, weird music of America. That’s the way they cut it, and I think now we’re at a higher skill level, so we can just go in and knock it out in a really beautiful way. It’s twenty-five years since our first record, and so I’ve learned a lot as a producer and a bandleader, I still like it pretty fast and loose.

Do you think that’s one of the reasons why an album that’s twenty-five years old still holds up today, because you’ve never fallen into, “Hey, what if we spent months in ProTools and overdubbing things and overthinking and overpolishing things to death?”

Mathus: Yeah, that’s the spirit of the ban, is to capture that wild, creative moment. So we’d get into a whole other dimension if we did it any other way. First, second or third take is it.

As somebody that’s been with this group since 1993, do you ever feel trapped in the genre at all, or do you feel like you get to do anything? I don’t expect that you’re the sort of person that sits there wishing that you had an electronic side project, but–

Mathus: Well, you know, I have a lot of– the band was on hiatus for over a decade, really. I’ve been quite busy in that interim, so I didn’t really even put the band back together until three years ago. I’ve been busy as a producer, solo artist with Fat Possum Records, that kind of thing.

Have those projects given you enough room to stretch your legs? Do you feel that you get to do everything you want to do at this point in your career?

Mathus: Pretty much. I stay rooted in the traditions of Southern rock and roll gospel and all that. The Zippers’ a unique thing, there’s nothing else like it. It’s a whole genre to me. So I’m proud to be a creator of that and proud to be out there performing that.

There weren’t a lot of bands doing bluegrass and swing that were in constant rotation in the mid-90s on MTV Music videos, do you still feel like you have an audience that spans genres, with fans that wouldn’t normally come to this kind of show?

Mathus: I think so. We slid under the door at the last minute when a truly weird band could get into the Billboard top sales. That doesn’t really happen anymore, for something as bizarre as us. I think that was part of our appeal; it was something that different age groups– it is its own genre but it does touch on a lot of other genres, and also touches on nostalgia and hidden musical legacy that we all have. Kids like it, older people like it, they get the humor in different ways. As the years have progressed, people kept our name alive and kept our music alive playing it for their family and their own enjoyment. So now there’s a new generation that grew up on this and never saw us. It’s pretty neat, man.

To the point of that crossover: in college, I had a band, and we did what I describe as a pretty heavy cover of “Put A Lid On It” and we were always surprised when people would come up and be like, “Hey, that’s a Zippers cover, right?” And that was at a metal show.

Mathus: [Laughter] Yeah, it just goes across the board. Things have gotten so niche out there as far as music goes. One person’s going to like one thing, they’re absolutely going to not like another thing. It’s very compartmentalized.

With that sort of spread of things, how much do you have to deal with issues of digital streaming at this point, and where do you go to find new fans? Is it really tricky at this point?

Mathus: I think it’s very tricky. It’s a strange new world out there, and the best way we can do it is to just go city to city and bring the show, and do what we do on the road. In person is going to be the best way to receive it and to really get it. To make an impact on somebody is still shaking their hand and performing for them in person, at least for the Zippers. That’s just the kind of group we are.

We’re going to see you in Kansas City here next weekend, and it is the night before Kansas City goes to the Superbowl, so I hope our crowd isn’t too pre-drunk or rowdy for you.

We’ll be fine. We’ve seen worse, I assure you.