KCRep for All brings The Royale to community stages 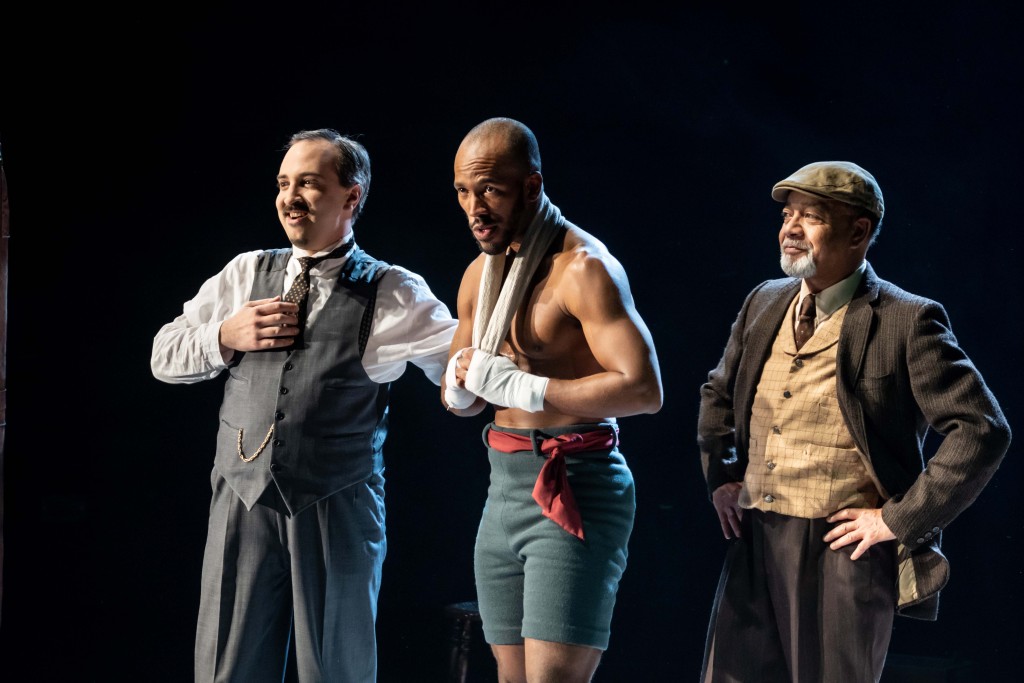 Not everyone gets to go to the theatre or would even feel comfortable going if given the chance. The Kansas City Repertory Theatre hopes to change that by giving more people in the community a free taster of what they do.

KCRep for All is a community tour that started March 31, bringing the recent KCRep production, The Royale, to spots in Kansas City that have what artistic director Stuart Carden calls “barriers to access.”

“There are communities that may think theatre’s not for them. … Those barriers of perception of who theatre’s for and who KCRep serves is one of the significant barriers that we’re working to overcome. It’s a combination of economic and geographic factors as well as perception,” Carden says.

To do that, Nelson Eusebio, associate artistic director, has reached out to partners in these areas who understand and can connect with their communities better. He got help identifying where to go from the Center for Neighborhoods and the Kansas City Library.

“They were very open and welcoming. Many of them remembered when KCRep did Fences long ago (in 1991), and there had been a real specific outreach to the African-American community to get them to come in,” he says. “In this case, people were excited; they were energized. They were excited by the fact we were coming to them.” 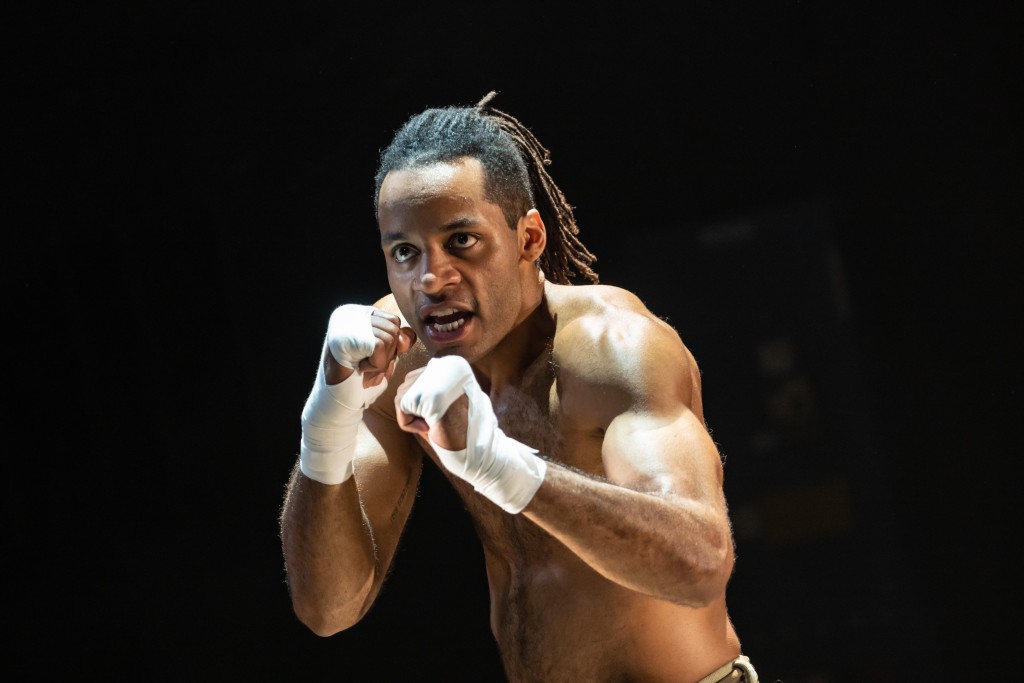 Rasell Holt as Fish in KCRep’s 2022 production of The Royale. // Photo by Don Ipock

Various community centers and libraries will be hosting the tour as it moves around the city. One host is the Mattie Rhodes Cultural Center.

“The west side historically has been a Mexican-American community, and we still have a significant population in the neighborhood. I’ve grown up in community, and I don’t remember the KCRep coming into the neighborhood and offering some sort of performance, so it’s very special,” says John Fierro, president and CEO of the Mattie Rhodes Center.

Mattie Rhodes will show the play in its new cultural arts center. Fierro says he’s always on the lookout for things he can bring to his community.

“What drives me is that the neighborhoods we represent, I want to make sure they’re getting same amount of resources that all the other communities are getting, that they’re not getting left out,” Fierro says.

Carden purposely chose The Royale to be the debut show, because he wanted to have a play that had issues with which communities experiencing the tour could identify.

The Royale follows the real story of Jack Johnson, the first African-American world heavyweight boxing champion, who held the title from 1908 to 1915. Eusebio says it’s appropriate for ages 14 and up.

“He lived in ways that other Black people in the Jim Crow era would never have gotten away with without violence and jailing. His story resonates right now in really profound ways, the way that he had to decide what he was willing to risk to change the world,” Carden says.

It’s also just an exciting production—one that can translate to spaces that don’t have the ability to recreate special theatrical effects. 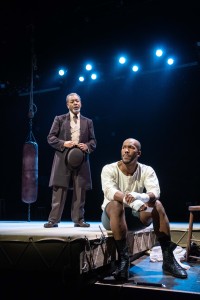 Walter Coppage and Semaj Miller in KCRep’s 2022 production of The Royale</>. // Photo by Don Ipock

“There are sequences where two boxers are facing off, and those actors will do a shoulder dip that gives you the sense of punch being thrown. There are two other actors that are a part of the ensemble that are using their hands and thumping their chests at the exact same time that the shoulder dip is happening and the actor receiving the punch is recoiling from being hit,” Carden says. “So you get that visceral sound of flesh on flesh while you see physical representation of a punch being thrown and a punch being taken.”

Each 90-minute performance will have a maximum of 50 people attending, due to the smaller spaces in which they will perform. Audiences will be close enough to see “the sweat on the boxers’ faces,” Carden says.

Although vaccines will not be required to attend these productions, masks are mandatory. KCRep personnel will hand out masks to any attendees who don’t have their own.

Traditionally, these programs have a community meal at the end where the audience discusses the show. Because of COVID concerns, there will be food, but it will be in the form of a bag lunch.

Carden has been hoping to get this program off the ground since he arrived in September 2019, but the pandemic slowed the process considerably. The Rep’s program has gotten a lot of its structure from similar programs at San Diego’s Old Globe Theatre and The Public Theater in New York.

Eusebio actually directed a production of Twelfth Night that toured as part of the Old Globe program.

“The number one thing that I learned that I’m bringing to this is just accepting people where they are. They know their communities better than you ever will, and you’re a guest in their house,” Eusebio says.

It’s a delicate balance to strike the right tone on a tour like this.

“So often, I think, people go into these communities when they’re on a tour bringing art of some kind and there’s this sense of, ‘You, the poor, why don’t you sit back and enjoy this work that we’re giving to you from on high?’ I don’t think that’s what KCRep for All or Globe For All is about at all,” Eusebio says. “It’s about using the power of what we do to create community and create new relationships and bonds and be a good neighbor, as corny as that may or may not sound.” 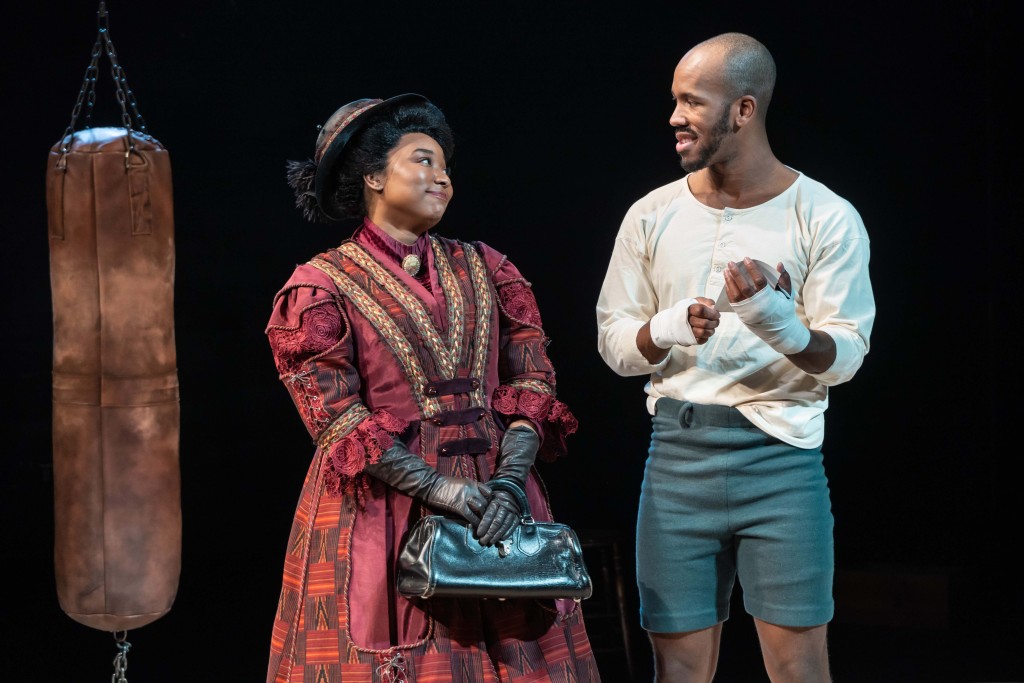 Teonna Wesley and Semaj Miller in KCRep’s 2022 production of The Royale. // Photo by Don Ipock

“This is absolutely an in-service program. This is not a marketing program. We’re not attempting, through sharing for free, these theatre experiences to turn these folks into subscribers,” Carden says. “We were thinking less about things like ticket sales, and we were thinking about the success of this as people who have perhaps not traditionally had access to live performing arts, then having a first, great experience in their neighborhood.”

Carden is already looking for ways to fund another tour next year and make it at least an annual event, if not twice per year. Though next year’s slate of shows hasn’t yet been revealed, Carden says he already knows what production will go on this tour next spring.

Eusebio hopes that future tours will stretch out even further, reaching more senior centers, houseless centers, and even incarcerated populations.