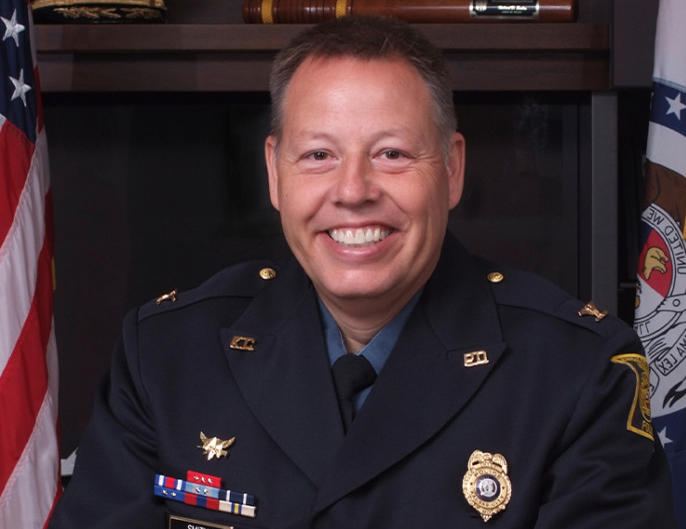 A full room of citizens stood up in support of an ordinance that would decriminalize possession of 100 grams of marijuana during a KCMO city council committee meeting on Wednesday.

Although the committee did decide to delay a vote on the ordinance until next month, the only person in the room who made an argument against the ordinance was KCPD Captain Scott Simons. Many of Simons’s opinions mirrored a blog posted by KCPD Police Chief Rick Smith later in the day.

“Most people don’t realize the connection marijuana has to violent crime in Kansas City,” Smith wrote. “So far this year, 10 of our homicides have been directly motivated by marijuana.”

Those ten homicides account for about nine percent of the 111 homicides the city has seen so far in 2019. Smith’s blog claims that the legalization of marijuana has a direct hand in violent crime increase, citing a study that found that since legalizing recreational marijuana in 2012 both Colorado and Oregon have seen homicides jump by 41 percent from 2012 to 2016.

“There is nothing to prove the rise in violent crime was caused by legalized recreational marijuana in the states that have experienced it,” Smith wrote. “But the correlation is undeniable.”

Correlation, however, does not necessarily imply causation.

The Pitch examined the FBI’s homicide data on record between 2012 and 2017 for the states of Colorado, Oregon, Missouri, and Kansas. Turns out: Missouri and Kansas saw higher jumps in homicide rates without legalized marijuana than Colorado and Oregon did with legalization.

The Finance, Governance, and Safety Committee will vote on the proposed marijuana ordinance on October 23. If passed, the Kansas City ordinance would put the city in line with the decision of Jackson County Prosecutor Jean Peters Baker not to prosecute cases involving possession of 100 grams or less. But Simons pointed out that the ordinance could create confusion, since parts of Kansas City cross into Platte and Clay Counties that might still prosecute possession of 100 grams or less.

“Much of what’s here today, I know I personally support in concept,” Councilwoman Kathryn Shields told citizens who came to speak in favor of the ordinance. “I want to make sure that we’re doing it the right way and that we’re passing ordinances that make sense and are enforceable and would stand up to any challenge.”

The vote was delayed to give the committee time to review data submitted by the police department and by the ordinance’s sponsor, 3rd District At-Large Councilman Brandon Ellington.

**An earlier version of this article incorrectly stated the number of Kansas City homicides to date in 2019 to be 161. As of Friday, September 27, the correct number is 111. We regret the error.