KCAT’s A Lie of the Mind is a fitting, wounding elegy for Sam Shepard 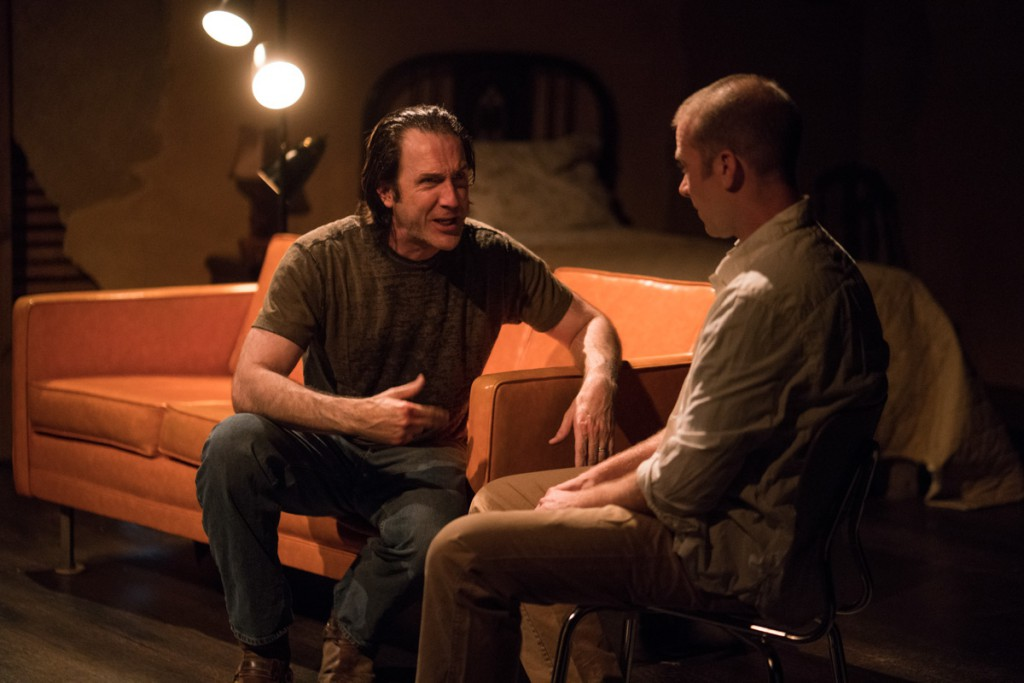 “You don’t need to be cruel,” a mother admonishes early in A Lie of the Mind, the 1985 Sam Shepard play now onstage at the Kansas City Actors Theatre. “This whole thing is cruel,” her son fires back.

As theses go, that’s as good as any.

The bulk of the show takes place in the rural Northwest, where two families struggle to untangle themselves from an act of unforgivable violence. Jake (Brian Paulette) has returned to his childhood home in California after beating his wife, Beth (Christina Schafer), so brutally he’s convinced he killed her. The truth is only marginally more hopeful: Beth has sustained brain damage, among her other injuries, and can now communicate only in frustrated fragments. As Beth and Jake attempt to recover in their own ways, both struggle to shake off family demons, and the noxious love they’ve learned from their unfortunate upbringings.

KCAT selected the three-act play for its season before Shepard’s death, in July. But it’s hard not to read this production — sensuously acted and staged with languid, indulgent images by director Cinnamon Schultz — as a eulogy in performance form.

Part of that is the production design, which gives even the most grounded scenes an otherworldly feel. Ashley Kok’s lights tone-switch effectively throughout, painting the outdoors with mottled moonscapes and domestic scenes with a creeping yellow pallor. And Bret Engle’s shabby set is a smart physical manifestation of moral decay — though an odd staging choice renders a piece of prime downstage real estate useless after Act 1.

But much of the success here is due to Schultz’s vision. Throughout, characters linger in dreamy positions in near-tableau. Sometimes the images are startling and spare; other times, they border on the obnoxious (say, a long beat of Beth’s abuser shaving his face in his boyhood bedroom, an American flag draped around his neck like a towel). But they’re always unmistakably Shepard. 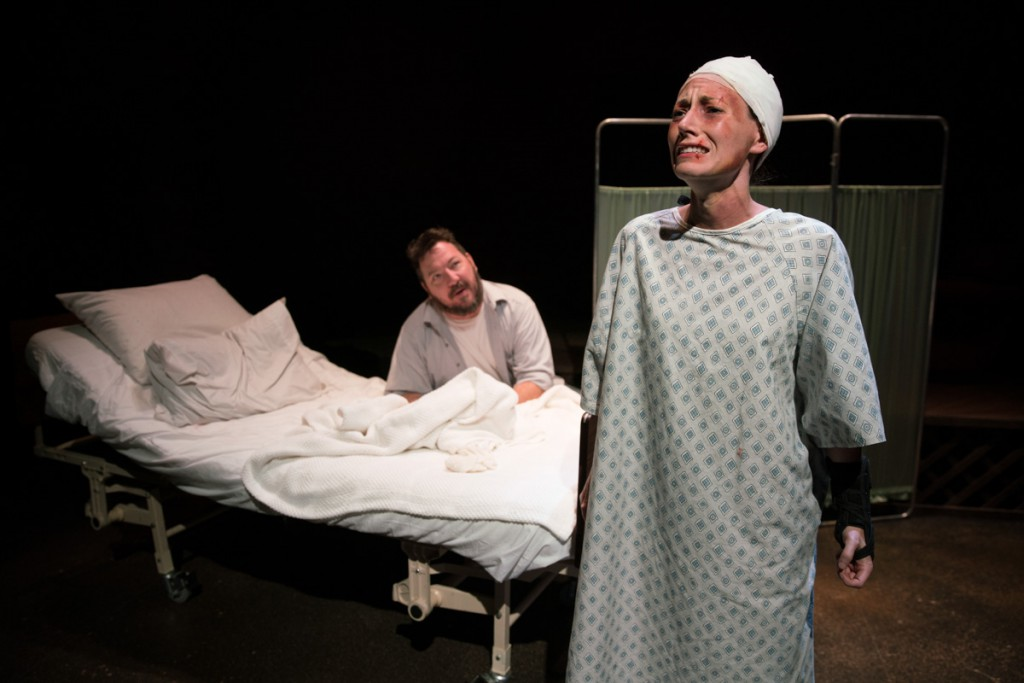 Paulette is effective as the mercurial Jake, and Schafer masters Beth’s dreamlike third-act speeches. KCAT regulars Gary Neal Johnson and Jan Rogge build a hypnotic, sickening chemistry as Beth’s parents. But I was most impressed by Forrest Attaway’s deft performance as Beth’s brother, Mike, a less flashy but critical role.

A Lie of the Mind is an exhausting, exhaustive show, and its acts of violence, large and small, can be difficult to watch. The play dances with brittle machismo, performative patriotism and a deep-seated misogyny — expressed most often by the play’s women. In the world of the play, men are flawed, and women are corrupted (usually by the men).

Jake’s mother, Lorraine (played with ferocity by Merle Moores), gives this last point clear voice: “Love is a disease that makes you feel good,” she says. “While it lasts.”

Shepard isn’t subtle. KCAT’s production isn’t, either. But that, we sense, is the whole point. Shepard’s feat was sketching American life in all of its bold and brash and maximalist mess. The resulting play is something both innocent and violent, a wounded animal rolling to expose its throat.

A Lie of the Mind