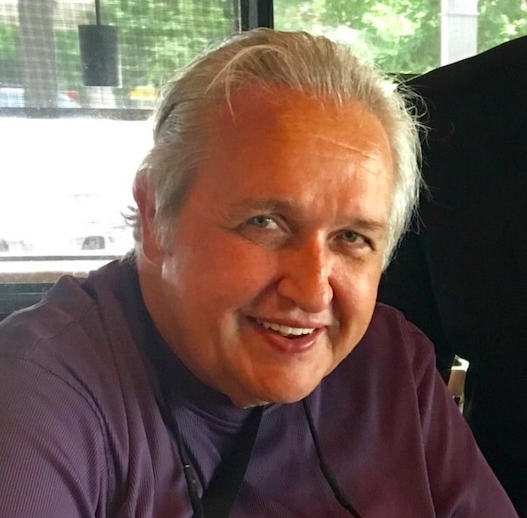 We’ve been asking members of the KC community to submit stories about life under quarantine, protests, politics, and other subjects that provide important opinions. If you’ve got a story you’d like to share, please send it to brock@thepitchkc.com for consideration. Today, James Odrowski—technology consultant, author of “The Battle of Buffalo Wallow”—remembers Chef Terry Barkley, who passed away last week.

It was another frigid winter day in Kansas, somewhere amid the final week of January 1996.

Chef Terry Barkley called me from the warmth of his kitchen in sunny Phoenix. Without even a greeting, he asked, “Do you have any Polish sausage?”

My grandfather and my uncle owned Sadecki’s Market in KCK (7th & Tremont). They made polish sausage there since the 1920s and I helped out in the store as a kid. Terry and I became friends in high school and we used to hang out in the store together. I started making sausage to order in the 1990s after my uncle passed away and supplied Terry with some when he was in KC. Throughout our friendship, I supplied Terry with the specialty Polish sausage on multiple occasions.

He said if I can get on a plane with the sausage, I’d have a press pass to the Super Bowl. Airport security got a bit nervous when I walked up to the checkpoint with 50 pounds of what looked like rolls of dynamite. Upon opening my cooler, one whiff of the hickory smoke and garlic convinced the guard that I was no threat. The sausage wasn’t for any official function. Instead, Terry promised famed Kansas City-based groundskeeper, the “Sodfather” George Toma, that he’d cook the entire grounds crew anything he requested. Toma, with KCK Polish connections like mine, tried to throw Terry a curveball—he said that he’d like a Polish dinner. He got his Polish dinner and I got a 50 yard-line seat at the Super Bowl.

Besides the Super Bowl, Terry’s list of credits as a top chef was truly impressive. He graduated from the Culinary Institute of American in Hyde Park, NY and worked at a number of prestigious restaurants and resorts across the U.S. After teaching at the Culinary Institute in Phoenix, he returned to his hometown of Kansas City.

Finishing out his career, he was Executive Chef at the Elms, The Well in Waldo, Lukas Wine Bar, and Nara, the neo-Japanese restaurant downtown. When developing the menu for Nara, Terry asked me if I could make a wasabi, soy, Japanese-style Polish sausage. He served the sausage along with his other original creations at the restaurant. Without a doubt, Terry was not constrained by culinary snobbery. He could artistically blend down-home country favorites and ethnic specialties with classic international cuisine. Over the years, he enthusiastically shared his skills with many aspiring chefs and restaurant staff.

If you met Terry at any of his restaurants or regular KC hangouts, I’m sure that you’d remember him. Big smile, bright eyes, and of course, the laugh. Always a story, a joke, and maybe he even teased you a bit. Being around Terry for most of my life, there is one enduring thing that I’ll remember about him.

Whether you were unhoused, the head of a company, a star athlete, or just an average person, he loved to hear your story. He’d ask about your favorite foods, what your mom or grandma cooked, or what “greasy spoon” joints you enjoyed. I’m sure that he remembered you the next time you met. Terry, a fellow 1975 graduate of Shawnee Mission North, lived in Merriam, KS for a good part of his life.

Sadly, our good friend and talented chef passed away Sept. 2. Throughout the years, he always kept us entertained and well-fed. Certainly, his big heart and smile will be missed by all who met him.