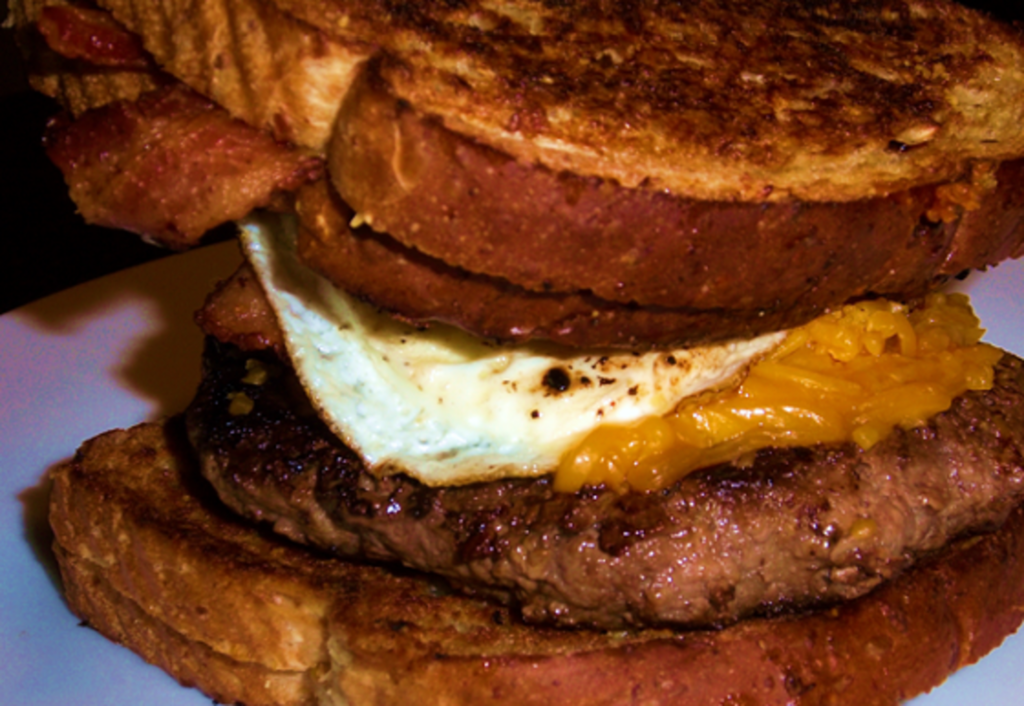 We will make them fat and flat and smothered in onions. We’ll give you a triple stack, hash browns, and grilled cheeses for buns. Kansas City isn’t messing around when it comes to burgers. So it’s a little disappointing that the grill jockeys of this city were only deemed the eighth best in the nation according to the readers of Travel + Leisure. Here’s what they had to say:

Once home to the nation’s second-largest livestock area, this is a serious beef town – it even won the barbecue category this year. The city’s best gourmet burger option may be at Blanc Burgers + Bottles, which offers watercress and truffle butter as toppings. Kids and trainspotters, however, might prefer Fritz’s Railroad Restaurant, dating back to the 1950s, where the burgers are delivered by way of miniature train.

Tops on the list of 35 “major metropolitan areas” was Providence, Rhode Island, which someone once told me was the best pound-for-pound eating city in America. So for now, Kansas City’s greatest burgers will be just for Kansas Citians, and if that means I always have a booth at Town Topic, that’s fine by me.