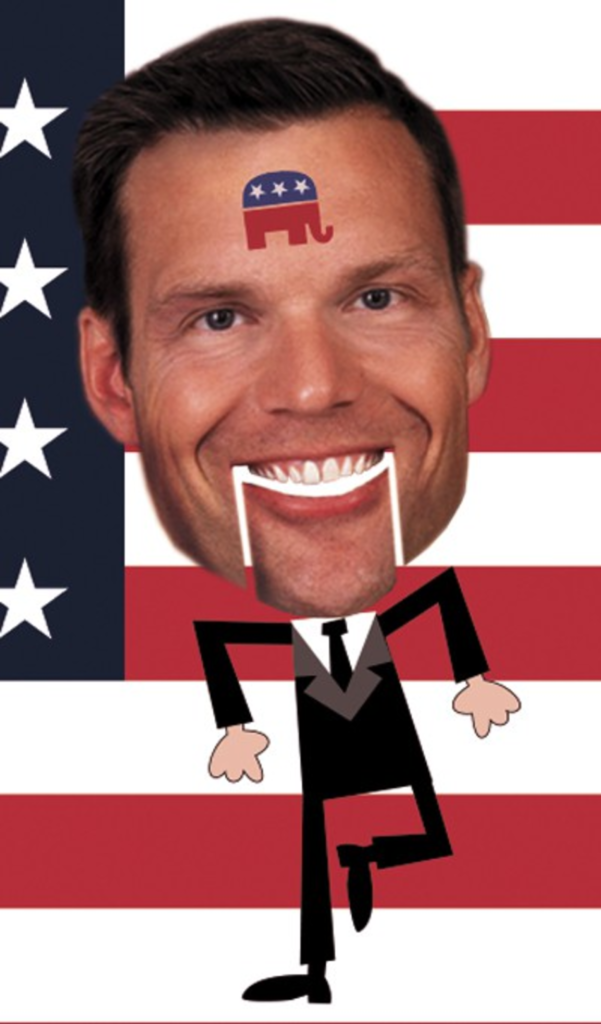 The Kansas Republican Party is asking for 50 new ideas to redefine the GOP’s efforts in the state. It’s almost as if Republicans are bored with God, guns and gays.

The Kansas GOP has requested the ideas via the Web site 50ideas.org, which features the smiling mugs of state Rep. Peggy Mast of Emporia and Kansas Republican Party Chairman Kris Kobach. They ask for ideas that will help Kansans think “as big as they dream.”

The idea actually isn’t new — the party has copied it from Florida, where the GOP asked residents to come up with 100 ideas. We dream big in Kansas, but not that big.

The Department of Burnt Ends would like to get the Kansas Republican Party started with this list of new and very big ideas.

• The best and most effective government is the government closest to the people — inside the people. We want to listen to people’s thoughts and discover their dreams by reading their minds. We will put what we find into a big database. We’re confident that AT&T will help.

• Citizens will be entitled to earmuffs and blinders, provided by the state, whenever the following subjects are discussed: evolution, climate change and your child’s sexual orientation.

• Rumored gateway to hell in Stull rerouted to heck.

• The Monopoly rule of “Free Parking” should be adapted to facilitate a radical redistribution of public wealth to private hands — available only to those who don’t need it.

• Republicans believe in a strict “DIY/Pull yourself up by your bootstraps” policy. Unless you are a huge firm that needs bailing out.

• The state motto’s “To the stars through difficulties” brightened up to cheerier “To the stars on a Hummer H2 spacecraft piloted by Gov. Jesus.”

• “Walk It Off” adapted as the new Health Care Initiative.