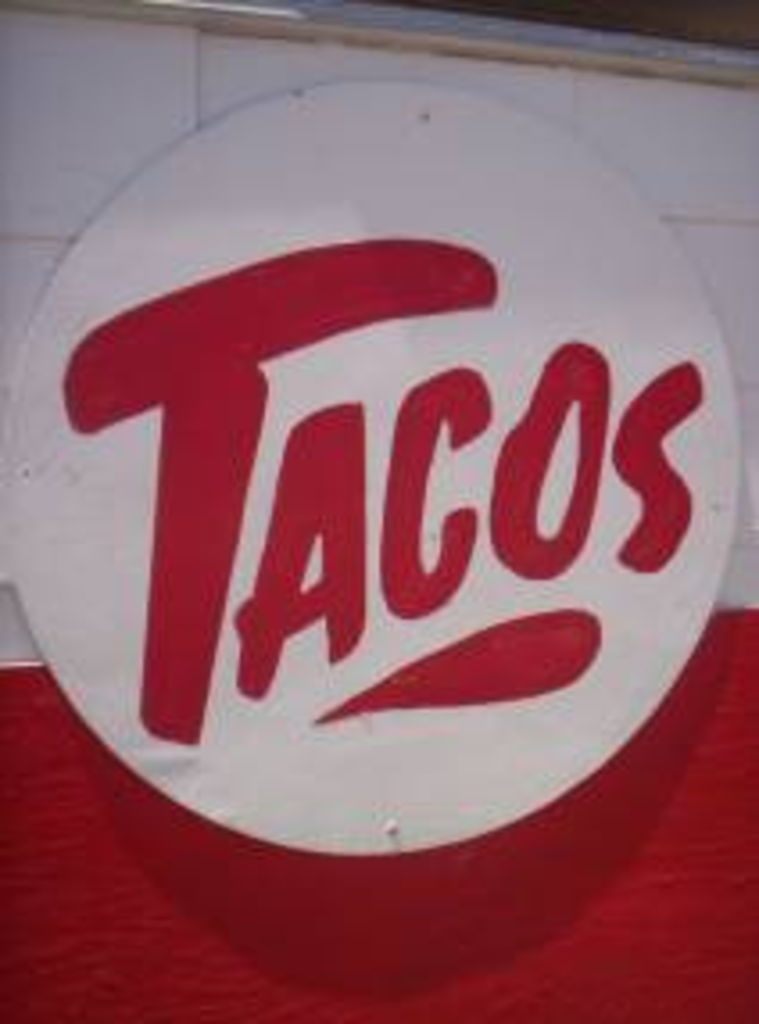 ​Tacos may be the best-loved Mexican-American dish served in the United States. The Food Lover’s Companion describes a taco as “a Mexican-style ‘sandwich’ consisting of a folded corn tortilla filled with various ingredients such as beef, pork, chicken, chorizo sausage, tomatoes, lettuce, cheese, onion. … Most tacos in the United States are made with crisp (fried) tortilla shells, but there are also soft (pliable) versions.”

Over the years, tacos — which are relatively inexpensive to prepare — have become a fast-food staple at national chains such as Taco Bell (which started in the early 1960s when a former Marine, Glen Bell, began selling tacos from his hot-dog stand) and local drive-ins like the 47-year-old Humdinger Drive-In (with its vintage sign at right) at 2504 E. Ninth St., which sells tacos by the bag (you can get a dozen for $11.25).

Oh yes, there are terrific tacos all over town, but after taking a taco tour, Fat City’s Jonathan Bender and Charles Ferruzza settled on this group of ten as the best cheap tacos in town:

9. La Chiquita, 265 N. Seventh St., Kansas City, Kansas. The $1.25 tacos come from a sidewalk window in a squat brick building. A modest, albeit salty, good cheap taco that’s available with carne asada or barbacoa (the latter only offered on Fridays and Saturdays).

8. El Pulgarcito, 5921 Merriam Dr. in Merriam. The carne asada is tender and tastes of the grill. These look and feel homemade — the right introductory taco ($1.75) for the uninitiated.

7. Charritos Taqueria, 3831 Independence Ave. Skirt steak and roasted cactus spill out of the Tacos Aztecas ($1.85), while a salsa made with poblano peppers adds a nice bit of heat. The amount of filling almost guarantees the use of a fork.