My unsettling expedition to the Kansas City doob store 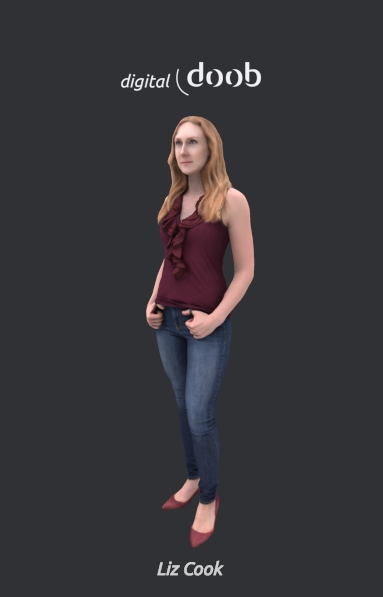 I’ve thought a lot about the “uncanny valley” — the threshold at which robots and puppets become eerie in their imitation of human life. Until recently, I never bothered to think about what might be on the other side.

A few weeks ago, I received a press release inviting me to a sneak peek of “the region’s first and only doob 3-D store.”

I thought: I have no idea what this is.

I thought: Our readers must be informed.

I drove to The Fountains shopping center in Overland Park with my husband, Tom, in tow. I was ready to write a goofy story about a dab rig or a VR headset. To my chagrin, the doob store housed neither of those things. Instead, it housed a neo-noir photography tube and several shelves of humanoid plastic dolls.

A doob is, in essence, a 3-D printed selfie. You step into the doob-licator (this is its actual name, and every doob employee will say it with a straight face), and 66 cameras capture high-res photos of you from every conceivable angle. The photos are then sent off to doob headquarters in New York, where they’re stitched together into a digital voodoo doll you can print on demand.

Local co-owners Nick Nikkhah and Malik James saw an opportunity to expand that operation here. When Nikkhah first encountered the doobs, he became, by his admission, “a full-fledged stalker” of the company.

“I was like a little kid, I was obsessed,” he told me by phone. “I’d never seen anything like it before.”

When I asked about the business’s sustainability, he rattled off a host of potential uses: wedding-cake toppers, gaming avatars, totems to weight loss lined up like personalized Matroyshka dolls.

“These are something you really have to behold,” James added. “It’s just impossible to fully appreciate unless you’re seeing them.”

I was doobius. At the store’s press event, I nibbled on some complimentary brisket and surveyed the figurines while ambient house music oontzed over the speakers. Here, on a slowly rotating pedestal, was a man in a bowtie playing a flesh-colored saxophone. On a shelf nearby, a smiling plastic man proposed to his smiling plastic girlfriend. They both looked like Grandmother Willow.

The pièce de résistance was a regular 2-D family photo in which every member of the family had been replaced by a doob. The plastic children grinned up at me with hollow, elfin eyes.

Across the room, Tom hoisted a doob of Mayor Sly James (Malik’s father) like an Academy Award. In the store’s ads, Mayor James is featured prominently, grinning winsomely at a much larger, Mt. Rushmore-esque Sly. It’s not clear from the photo which is the doob and which is the man. Looking at the evidence in person, I still wasn’t sure.

A shiver trickled down my spine like ice water. Perhaps Mayor James had been a doob all along.

I turned away from the figurines to get some air and wound up in line for the doob-licator. It looked like a cross between a tanning bed and the transporter on the USS Enterprise.

When it was my turn, a chirpy employee led me into the clinically white cylinder and told me where to look. “Have you thought about your pose?” she asked.

I hadn’t considered it. “I guess I’ll just…stand?” I suggested lamely. She nodded as though this were a great idea and closed the door behind me. I tried out a few poses in my mind, but they didn’t stick. I kept getting distracted by the rows of camera lenses affixed to the walls like octopus suckers.

A muffled countdown on the other side of the door jolted me back, but it was too late.

Sixty-six DSLRs blinked in unison. A dark vision of the future skittered across my eyelids. Dread settled around my chest like a coat. 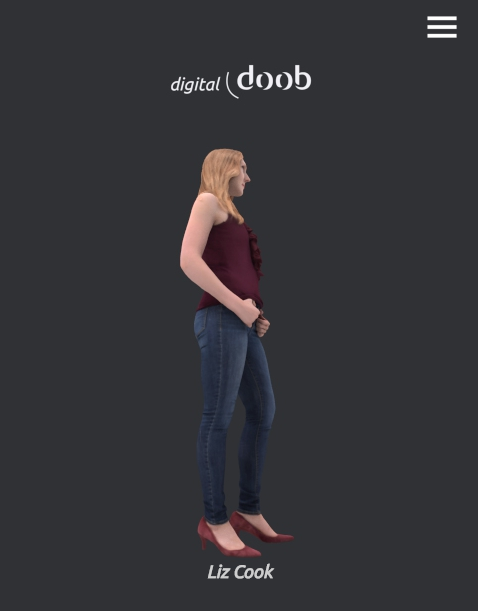 I stumbled out of the dooblicator, bleary-eyed, and watched as a technician clicked through some of the photos.

“You were looking up,” he said, clearly aggrieved. “If you get this printed, I don’t think you’ll want to go any bigger than eight inches.” I didn’t giggle. I nodded silently, thinking of what I had seen.

A menu on the wall behind him listed the pricing for the figurines. It started at $95 for the “Buddy” (4 inches tall), and ranged up to $695 for “The Diva” (a whopping 14 inches). But if you have the scratch, I’ve learned, you can go bigger. Drop a fat stack of bills on the counter and demand a personalized scarecrow for your urban lawn. The only limit is your imagination.

When Tom had finished getting doob-ed, we wove our way to the front of the shop, where a blonde woman with white eyeliner and A Clockwork Orange mascara was greeting guests and handing out nametags. “How long until they start doing this for dead people?” I asked her.

She didn’t blink. A great question! One of the benefits of the tech, she said, was being able to “bring in Grandma and Grandpa” and doob them before they expire. “Not to get too sentimental,” she added.

I promised her she hadn’t gotten too sentimental. Tom elbowed me on our way to the car. “You’re being very un-doob,” he muttered.

A couple weeks after the event, I received the digital doob in my inbox. I clicked the link to my personal avatar and recoiled. I had traversed the uncanny valley and entered Nightmare Gorge.

I spun the image around slowly, looking at myself from angles I’d never thought possible. I looked…sturdy. And soulless. And somewhat confusingly proportioned, like a musk ox partially whittled on a lathe.

It was a perfect likeness.

Some unsolicited advice: don’t ask questions you don’t want the answers to. 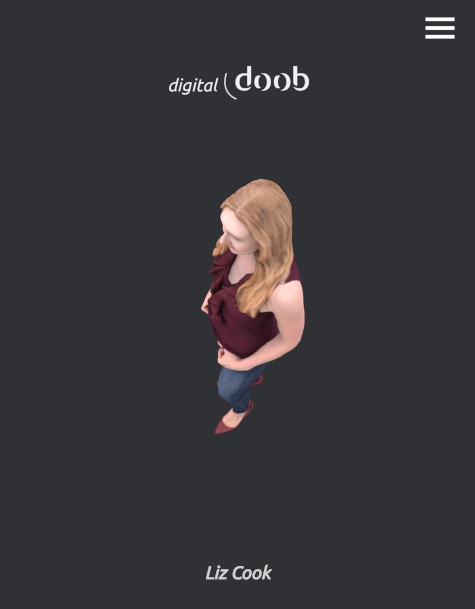 Depending on your view of doob’s tech, it’s only going to get better or worse from here. “Right now,” James told me, “I would say it’s about 97 percent accurate just in terms of ‘Wow! That’s me.’ That’s only going to improve. It’s going to get to the point where it’s very strange how much it’s like you.”

Reader, it is already strange. And for every potential modern convenience — Nikkhah highlighted the possibility of digital tailoring, of trying clothes on your avatar without ever having to enter a dressing room yourself — there’s also a potential dark side.

When we spoke, James seemed most excited about where “the identity side” of the technology could lead. “I believe there’s going to be 3-D mugshots, 3-D identification in the future,” he told me. “There’s going to be a need for more than just 2-D mugshots and representations.”

I’m not an especially paranoid person, but I couldn’t help but feel vaguely unsettled by exactly how much data I’d handed over to a company that I’d written off as a purveyor of kitschy keepsakes. With a roar like an approaching train, the vision I’d seen in the doob-licator returned.

It’s 2027. I know this because there’s a giant hologrammatic billboard advertising a 10-year anniversary remake of A Handmaid’s Tale in which the handmaids are all played by golden retrievers. It’s titled what you’d expect.

I’m leaving the theater with Tom. We enter an alleyway and come face to face with three shinier, smoother versions of me. They’re all wearing motorcycle jackets and smoking tiny cigarettes. One of them is swinging a bicycle chain. They all know how to contour.

They surround my husband. “Shoot her!” they cry in unison. “She’s the clone!”

Tom turns to me. I shrug. “You should probably shoot me,” I say. “Look at their skin. They’re so smooth.”

One of the Lizzes starts balancing a pool cue on her nose like a trained seal. I look at my husband, but I already know what he’s thinking.

He’s thinking: these gals really know how to contour.

He’s thinking: none of them ever made me pull over to the side of the road so they could sprint into the woods and poop.

A gun materializes in his hand. He looks at it quizzically for a moment, then levels it at each of us in turn. He’s feigning uncertainty, but I know it’s too late. I can see it in his eyes.