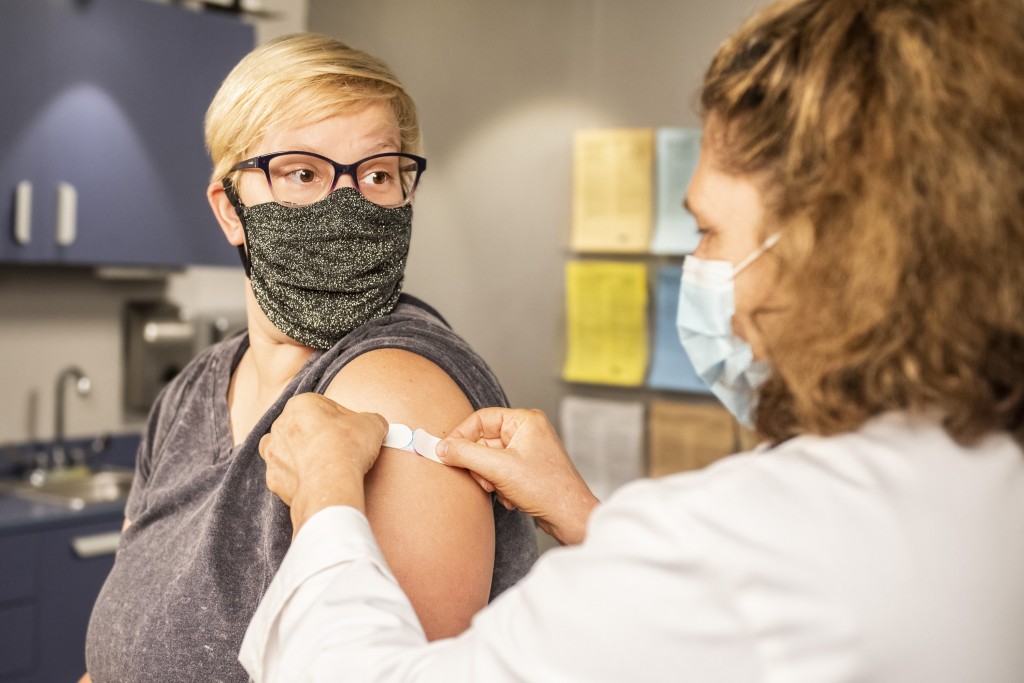 The Kansas City metro hit a major milestone with 500,000 completed COVID-19 vaccinations just weeks after Comeback KC launched the Two Million Arms KC campaign. The campaign is designed to help the Kansas City region by providing vaccine information and encouragement in hopes residents will protect themselves, their families, and their communities.

“We are in a race to get area adults vaccinated before another COVID-19 surge arrives, fueled by new virus variants and a loosening of public health restrictions,” says Mark Logan, Comeback KC communications director.

Two Million Arms KC has provided outreach through billboards, social media, print and broadcast advertising, and fliers for employers and community centers. Logan says although progress has been made, there are still inequities in vaccination distribution. 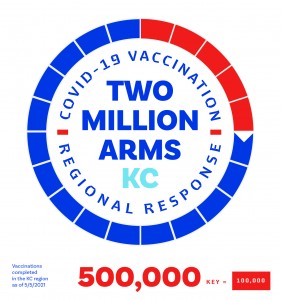 “We need to double down on our efforts to make the vaccines accessible to the communities that have been the hardest hit by the pandemic,” Logan says.

The Missouri Independent reported last month that Missouri’s Black and white populations have suffered the same rate of COVID-19 deaths, 167 per 100,000 people, even though the state’s last census shows 83% of the population is white.

As of today, only 7.3% of the American Indian or Alaska Native community and 14.6% of the Black community have completed the COVID-19 vaccination process compared to 24.1% of the white population in Missouri.

One of the goals Kansas City Mayor Quinton Lucas’ COVID-19 vaccine task force had when launching in February was to ensure all Kansas Citians could have easy and equitable access to the vaccine.

“For many Kansas Citians, particularly in our Black and brown communities, the rate at which we are able to offer vaccines is the difference between life and death,” Lucas says.

The homeless community has also been devastated by COVID-19. In January, Lucas announced contracts with a local hotel to provide shelter for unhoused individuals until April 30. Last month an agreement was reached by Lucas and the Kansas City Homeless Union to extend housing with hotel rooms for up to 500 people for another 90 days. The name of the hotel was not disclosed to protect the residents.

As of today, the federal departments of health and housing have launched a joint project to provide vaccines to the homeless and people living in subsidized housing and low-income neighborhoods.

Although many communities have struggled to be vaccinated, 62 counties in Kansas denied vaccine shipments due to low demand. Missouri is also having a similar problem with vaccine hesitancy being so high. A poll of 800 Missourians in April concluded 20% of Missouri adults are “not at all likely” to get vaccinated. This may be a barrier to reaching herd immunity.

Comeback KC believes that more targeted, smaller-scale efforts will be the keys to future progress. In response to that need, the campaign also includes a vaccination van which is available to KC region vaccinators to help close the “last mile” of vaccination efforts. This van will be used for smaller vaccination events and even to deliver vaccines to homebound individuals.

“The Two Million Arms KC campaign has helped our region in raising awareness and educating persons on the importance of vaccinations, and we celebrate the campaign’s significant milestone this week,” says Mayor David Alvey of Wyandotte County, Kansas City, KS. “We’re pleased to work with Comeback KC and others in a joint effort to ensure every population in our community, and around the region, has unfettered and immediate access to the vaccinations that are so critical to ending this pandemic.”

Two Million Arms KC has strong support from the following:

Comeback KC has launched a new website as a part of the Two Million Arms KC project that includes information in both English and Spanish about the COVID-19 vaccine and where and how to receive it.