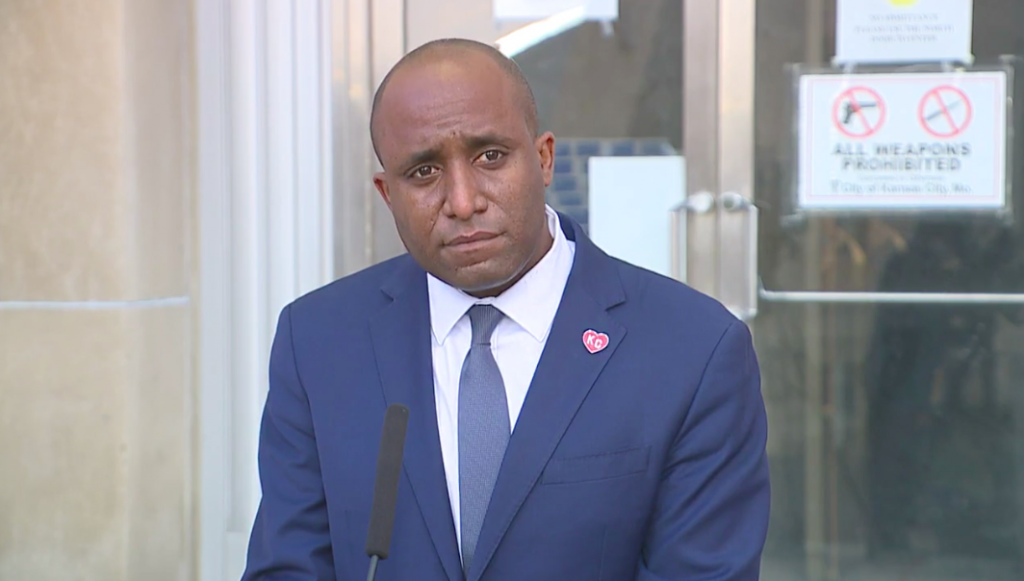 In a press conference Jan. 13, Mayor Lucas announced new changes to Kansas City’s COVID-19 response. In the 12th amended order introduced a few changes to our day to day life.

As of 10 p.m. tonight, restaurants, bars, and taverns are now able to stay open until midnight, changed from the previous closure time of 10 p.m. Capacity will continue to be limited to 50 percent and social distancing is required. The mayor stressed that patrons should be masked unless actively eating or drinking. In a pointed statement about bars, Mayor Lucas stated that all patrons should be seated in order to maintain proper distancing protocols.

Indoor events are still limited to no more than 10 people and patrons of gyms, fitness facilities, and recreation centers are required to wear masks at all times.

Lucas defended the easing up of dining measures, citing that case rates of those aged 18-29 have dropped by almost 50 percent since last month. As well, Lucas mentioned that the seven day average number of people infected in the first week of 2021 was 6.6, nearly half of the December 2020 numbers. A sign, he said, that the previous restrictions worked enough to open up more.

However, the mayor noted that this easing of restrictions is not concrete, and that they will be reviewing the numbers in a month to either further restrict closing times or extend the midnight closing time.

Dr. Archer noted that just because some restrictions are easing does not mean that people should act like there is no risk involved.

“If you’ve got a second-story bedroom window, just because it’s legal for you to jump out of it doesn’t mean it’s a good idea,” Dr. Archer said in the press conference. I’m saying that because it’s not a good idea to be in those indoor environments when people stop wearing masks. And if you’re high risk, even if you’ve been vaccinated, these are not environments that I advise you to go to. It may not be mandated not to, but I want to be very clear that we’re not at a point as a community that it’s safe to be in those environments. ”

Mayor Lucas praised the enforcement of COVID-19 restrictions in Kansas City. He said this strict enforcement will make sure that businesses are using safe practices and limiting the spread as much as possible.

“When we’ve heard complaints, we shut down bad actors. When we’ve seen masks not being worn at indoor facilities where people are close, we’ve shut them down,” Lucas said. “We’ve allowed businesses to try to cure those problems. Nothing we say or do today suggests we’re being any less serious about the threat of COVID-19. Nothing we say or do today suggests that we’re not still in a moment of crisis.”

As Mayor Lucas noted, the crisis is still continuing. In that regard, the mayor extended the state of emergency until May 1.

To help the hurting economy in Kansas City, Mayor Lucas announced a measure to provide a little bit of relief. The ordinance will allow any Kansas City businesses that have an annual revenue less than $2 million to defer their license tax deadline payments until April 3o or 60 days after the emergency order is rescinded, whichever is later. It is important to note that this order is a deferral, not a cancellation of those payments.

In regards to homelessness, the mayor announced that the city is in contract with a local hotel to provide shelter for unhoused individuals. The mayor did not provide the name of the hotel during the press conference. This shelter will be available from Jan. 11 to April 30. Several rooms will be available to be used for medical facilities for those that do not have access to a physician.

“The city will continue to work with our federal partners to ensure that stimulus funding is spent efficiently and effectively to address both our housing crisis, to address our eviction crisis, and to address the many issues in Kansas City,” the mayor said.

Hope Faith Ministries, the city’s on-site nonprofit partner, will be helping people move to the hotel. They will be providing additional services, including setting up a classroom as a learning center to provide access to necessary services. To get a room, unhoused individuals or advocates for them should reach out to Hope Faith Ministries to arrange a room.