Just Another Popup to Burn is a faithfully crafted TSwizzle tribute 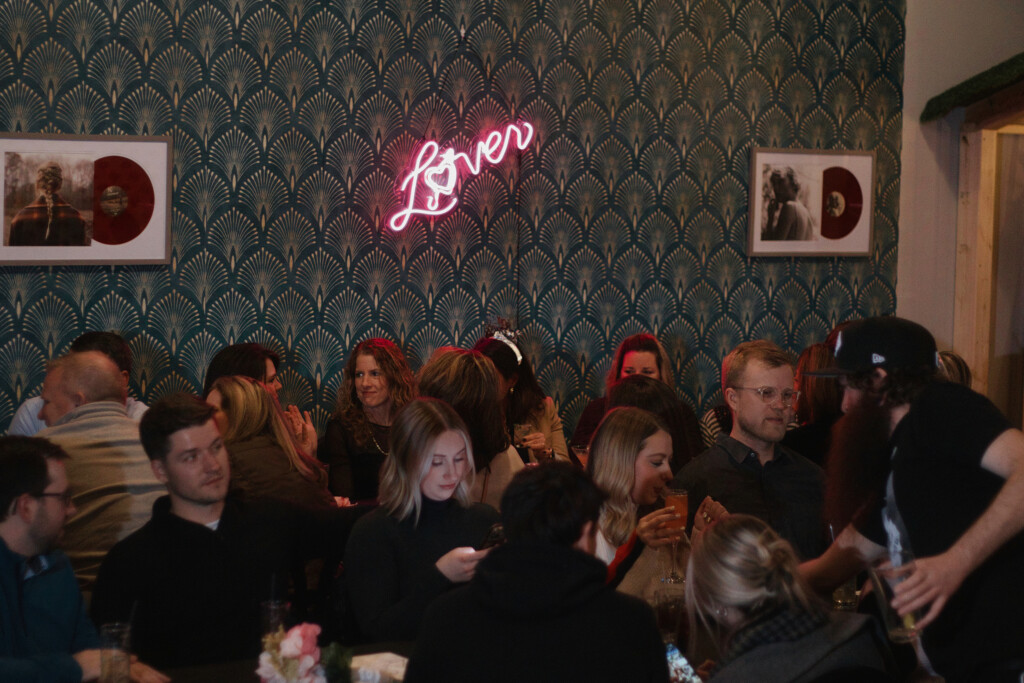 It’s me, hi, I’ve had too much to drink. I didn’t drive, to everybody’s relief.

So began the 2023 season of Apparition pop-up bars in Kansas City on Friday, Jan. 13, when “Just Another Popup to Burn” (a TSwizzle Tribute Bar) launched its highly anticipated run at Vignettes.

Helmed by Maggie Boone with a menu designed by Scott Helling, this experience opens with the traditional cutout photo booth in the lobby, which faces a designated chalk-wall “blank space” that has surely been nearly filled with the scrawls of hundreds of sexy babies and Swiftie savants alike by now.

There’s a lot to take in as one finds their seat. References to the theoretical yet deliberately crafted Taylor Swift Fictional Universe, or T.C.U., are abundant. Much of these were probably lost on me if it weren’t for a couple of seasoned veteran fans I invited to help me cover such blind spots. Every table has a different vibe and mix of callbacks to find, share, and document.

The menu features 10 cocktails (five of which can be mixed without alcohol), three themed shots, and beer. My first order was “T-Swizzle’s Rum Swizzle,” a worthy fusion of dark and silver rums, orange and pineapple juices, and aromatic bitters.

My follow-up, “Just Another Cocktail to Burn”—a bourbon and cinnamon Schnapp’s combination mixed with ginger beer and topped with a pleasantly ripe apple slice that I ate before I finished the drink itself—was my personal favorite of the evening.

After that, the table engaged in sampling the shots. Everyone else went with either “Our Song” (citrus vodka, sour mix, and sugared rum), or “Trouble” (amaretto and rootbeer schnapps). As a Chicago native, I opted rather obligatorily for the “Look What You Made Me Do” (Malört, and Malört only). I knew the shot was trouble but still downed it. Shame on me now.

While we were drinking away and trading intricate speculations on Taylor Swift’s personal life, Boone—who also performs under the stage name Miss Maggie Moon—played an interactive set for a full house on opening night. Afterward, Taylor’s original music came back on the speakers for a spell, and Boone swung by our table for a quick word.

“As an artist, I think Taylor Swift is one of the best lyricists and an amazing songwriter. She’s really influenced me as a musician, and I just think she writes beautiful, beautiful words, so it was amazing to be able to put this together and share that with other fans,” Boone says.

Though Boone is undeniably a bonafide fan, there were still portions of the enigmatic artist’s deep multimedia catalog she had yet to fully crack until she started doing her research while conceptualizing the project.

“I didn’t realize that her music videos connect in a storyline and even complete the story of other videos,” Boone says. “There are so many references [to the T.C.U.] here to take in, but also so many more out there, and it’s fun to discuss them and watch people find them while they’re here.”

As has been the norm at Vignettes, events such as Karaoke Sundays, Tayla’s Pop Culture Trivia Wednesdays, Music Bingo Thursdays, and live music Fridays and Saturdays will continue for this run through Feb. 18, with Boone and two other acts providing the live entertainment. Fridays and Saturdays are designated 21+, but younger fans can attend Sunday-Thursday.

By the end, we’d taken several drinks. But honestly, baby, who was counting other than our server? 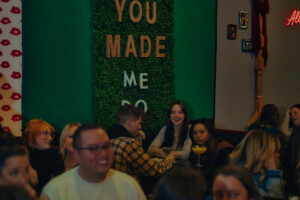 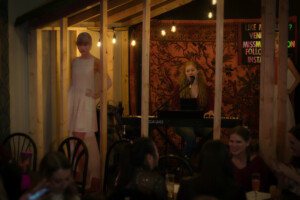 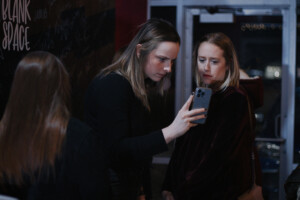 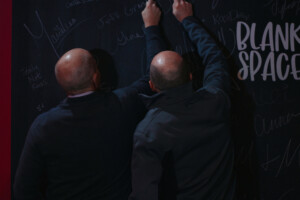 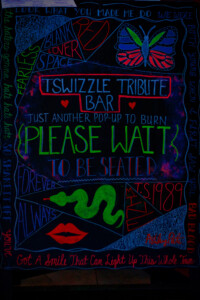 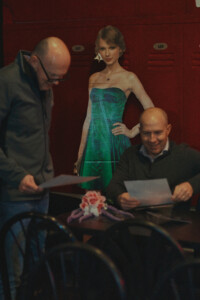 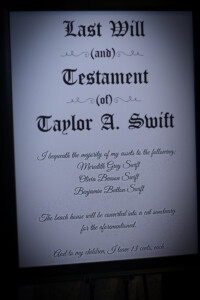 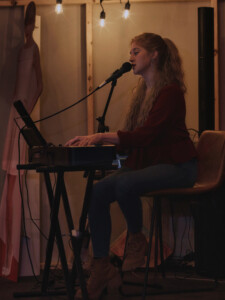 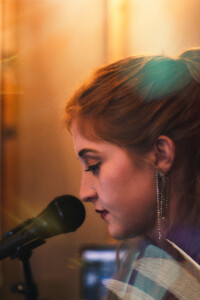 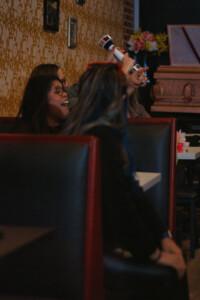 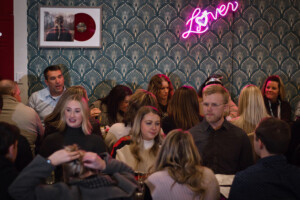 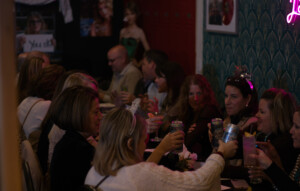 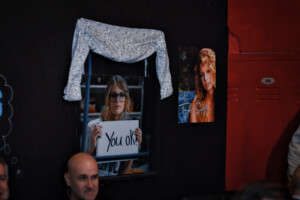 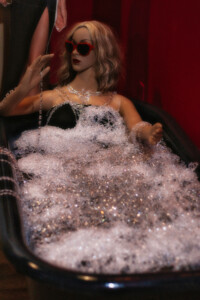 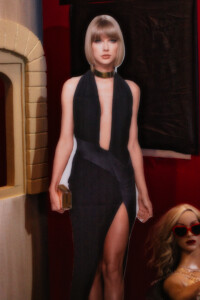 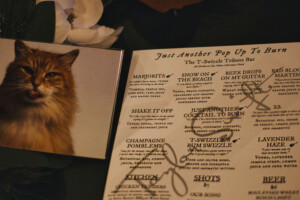 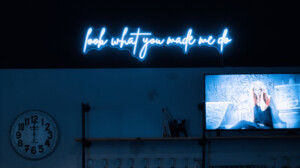 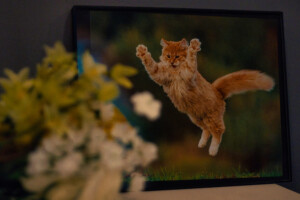 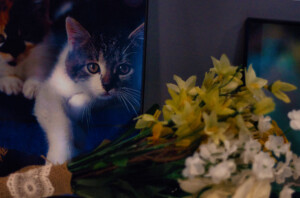 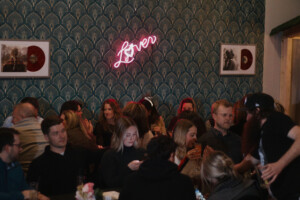 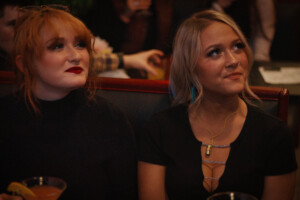 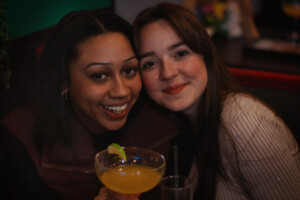