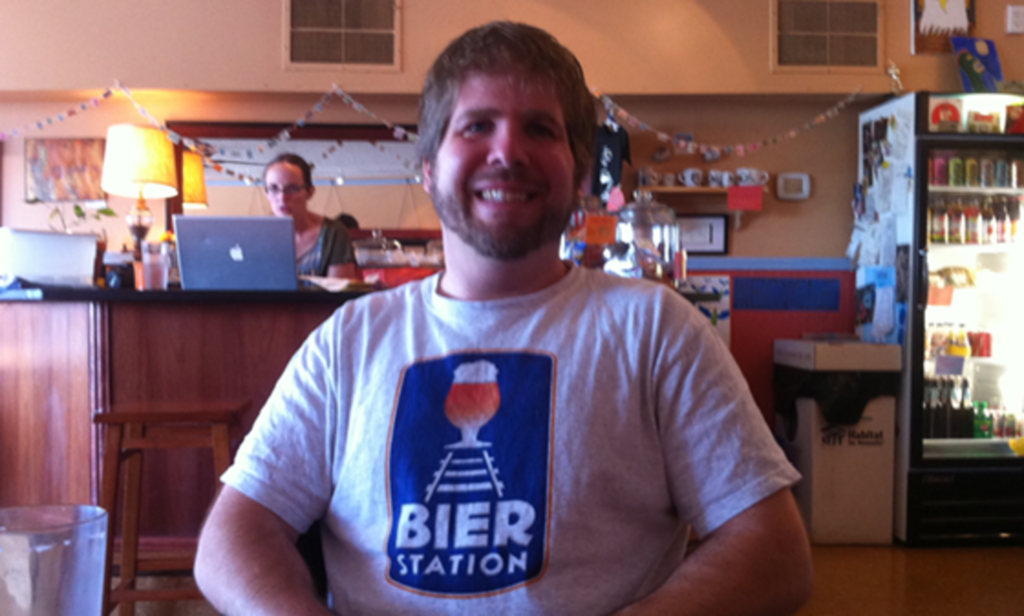 John Couture walks through the door of the Waldo coffeehouse One More Cup, taking a break from gathering neighborhood signatures for Bier Station. His new tavern and bottle shop, at 120 East Gregory, is slated to open in December.

“Nice T-shirt,” says Stacy Neff, the coffee shop’s co-owner, from behind the counter.

“It’s the first one,” Couture says, glancing down at his shirt, which shows the company’s logo: a cartoon beer glass at the end of railroad tracks. After a minute spent staring at the menu, he asks for a recommendation. Neff suggests an iced root-beer chai.