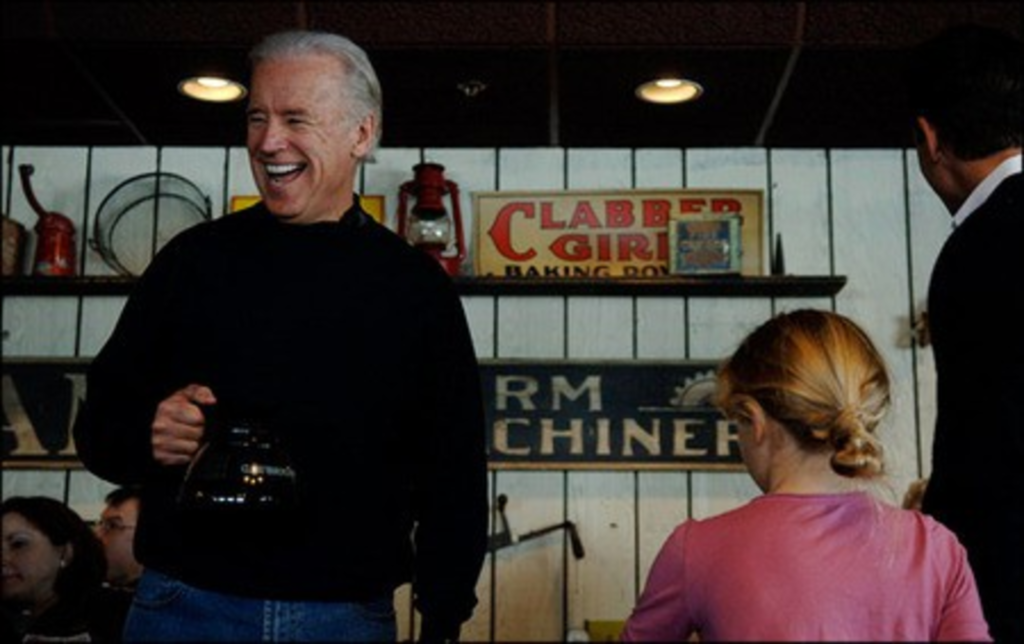 I don’t want to be the first to label the Democratic veep a flip-flopper but let’s just say there’s some inconsistencies in Joe Biden’s food talk.

Is his favorite food pasta like he claims to the Chicago Tribune or is homemade pot pie like he tells a New Hampshire Web site?

More controversy too! In a time when American unemployment is rising, Biden has claimed that he will not hire an American chef in the White House. From the Dallas Morning News.

When he [Biden] arrived, he made one of the more unusual campaign promises I’ve ever heard, pledging that, if elected president, he’d name an Italian chef for the White House to ensure he could always indulge in his favorite food.

In Biden’s defense, he does makes a mean oatmeal raisin cookie. He’s also nice to quasi-baristas, or at least one coffee guy named Richard Atnit in Delaware who works at the coffee stand in the train station Biden frequents. They’re chummy enough friends that Biden refers to him as Rich. Atnit in return refers to Biden as “Senator.”

Finally and most interestingly, Biden claims never to have touched a drop of alcohol in his life! In a presidential race of firsts, I can’t believe no one’s mentioned there’s an Irish-Catholic teetotaler. Talk about progress.