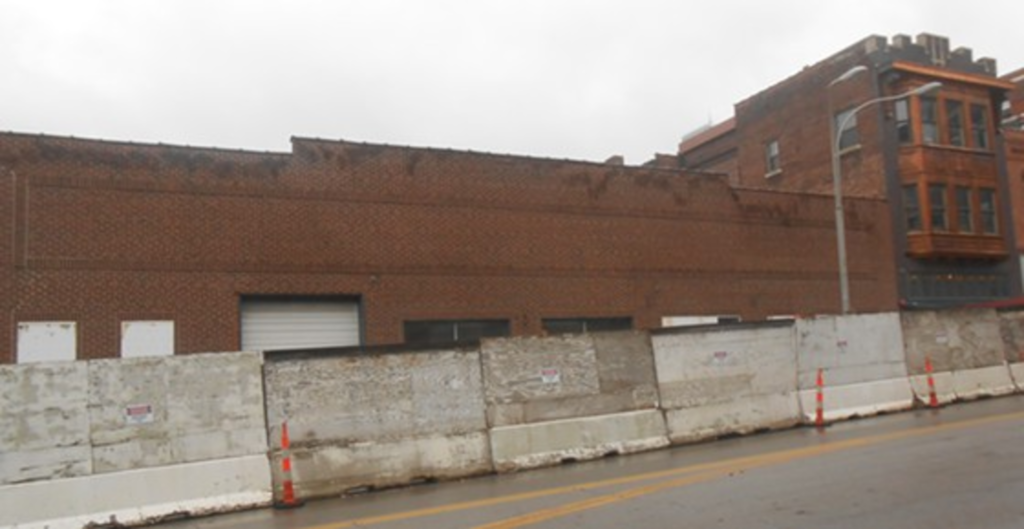 The rumor is true: Illinois-based Jimmy John’s Gourmet Sandwiches is planning to open a drive-thru building next to the historic Majestic Restaurant (built as Fitzpatrick’s Saloon in 1911) at 931 Broadway; the red-brick building to the north of the restaurant is currently being demolished.

Not everyone is happy with the decision, including Ann Brownfield, the executive director of the Garment District Museum. The Jimmy John’s restaurant will be located in the heart of the historic Garment District, which is on the National Register, but has no restrictions or tax incentives for developers.

Denise Phillips, a contract administrator for the Kansas City Parks and Recreation Dept., confirms that the project has been approved.

“It was first approved by the Downtown Council,” says Phillips, whose own office must approve drive-thru venues built adjacent to city boulevards.

“We have asked (the owners) to redesign the site,” Phillips says, “because of the heavy traffic on that stretch of the boulevard. We would have liked the driveway planned for the restaurant to be somewhat narrower, but it’s a safety issue for pedestrians, so the driveway will be larger.”

Frank Sebree, the owner of the Majestic Restaurant and the building at 931 Broadway, says he’s not opposed to the restaurant, but he was unhappy that it was approved, he says, without other business owners in the neighborhood getting a chance to weigh in on the decision.

“We did not get a voice or a chance to express our own approval or disapproval of the project,” Sebree says. “They’re adding a new curb cut on one of the busiest streets in the city, and it seems it was approved without the usual process.”

Sebree says he had no idea that the project had been given the green light from the city until shortly before the barricades were erected around the building.

The board of directors of Historic Kansas City has also weighed in on the project:

“We are concerned this proposal departs from best practices for urban downtown development and will negatively impact the surrounding historic buildings and neighborhood,” the organization’s statement reads. “The City’s development policy and process should afford more opportunity for public and community input. Neighbors, investors and the public should be considered and have the opportunity to weigh in when matters of urban design and historic character are in question.”

Rick Truman, the managing director of the Quality Hill Playhouse just around the corner from the Jimmy John’s project, doesn’t see the drive-thru venue impacting the theater’s business.

“I like Jimmy John’s,” Truman says. “But I can’t help wonder why they’re opening on a street that already has a Quizno’s and a Subway restaurant.”