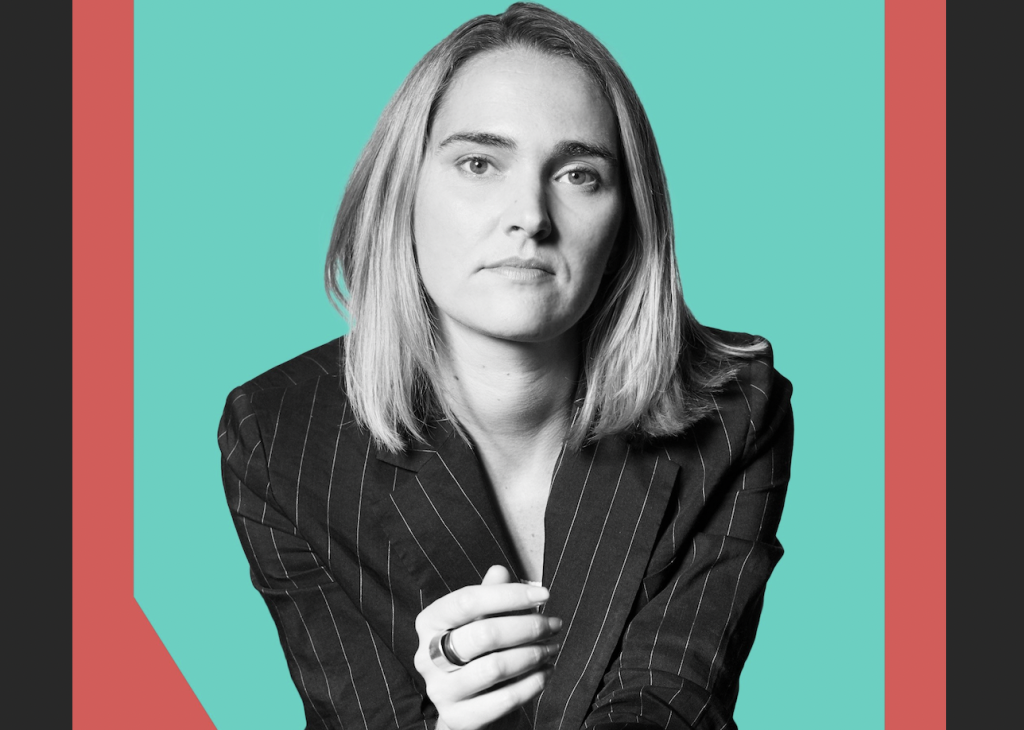 Jena Friedman is the closest comedy has to a pure lawful good aligned character. We’d say that she serves as a judge, jury, and executioner, but her career is dedicated to shitting on all three of those professions, so we doubt she’d accept the label.

As a standup, Friedman has long paved the path forward for social justice messages as they work a dark, dark blue. The material often switches on a dime from relatable and delightfully bleak, but the theme remains the same: shit is fucked out there.

That’s why she’s the perfect match for a true crime show that focuses on the crimes around a crime.

True Crime Story: Indefensible channels Friedman’s blend of comedy journalism that made her an excellent fit for programs like The Daily Show and Borat 2. It’s sort of shocking that anyone would sit down across from her, knowing what she does, but a major throughline here is that most people aren’t willing to do the homework. Friedman does. She trains her focus on the system behind a case, casting a spotlight onto how racist/sexist/homophobic legal loopholes can let killers walk, or how expert witnesses can use junk science to claim anything… for enough money.

Edited together, the half-hour episodes of Indefensible make for a compelling digest on what stands in the way, unknowingly or knowingly, from a true justice being served. The Sundance TV/AMC+ show premiered last year with a batch of deep dives into the decision makers, jury influencers, and criminals that have been given a lane and a platform by the current state of the American legal system.

While this may not sound like a traditional comedy program, well, it isn’t. The jokes land frequently, whether by Friedman’s narration or, more frequently, by watching an interview subject box themselves into an inescapable corner via simple logic/humanity. Equally, the show gives space for you to make sounds as an audience member, from sheer exasperation with reality. We’ve previously covered True Crime Story: Indefensible here at The Pitch, calling this “a show that makes you whisper “Fuck” under your breath, and the tone is either comedic or grim or some horrific blend of the two.” Does that count as funny? Yes. Is it informative? Regrettably so, because it feels like Friedman could never run out of untapped material to keep exploring in this lane.

A new batch of episodes just began releasing which feature more of the same shaming and naming that marked the first season run, but of course with new (and newly complicated) targets. California and Florida manage to cue up more than enough cases by themselves to dominate this new programming, as one might expect from places where laws and cults of personality have long waged war.

Among the new season highlights, there are a few cases where a half-hour is clearly not enough time to cover all the bases, and one that feels like Friedman could have expanded into a full series by itself. There’s an “obligatory” Casey Anthony episode, which digs into how a television network paid for jury workshopping which resulted in the alibi that worked to free Anthony in her actual trial. Friedman did the homework in such depth that her questions reveal to the main participants more information about their most famous courtroom experience than they were even aware of. Her reward? A prosecutor who turns the interview unapologetically flirtatious.

Continuing the lane that Friedman commands so effortlessly, there remains a general throughline of how differently the justice system treats women. Especially in a run of episodes here, where—as proven statistically across the board—women who attempt self-defense in abusive situations find themselves with far greater prison sentences than a comparable male-perpetrated crime. A specialist in the field goes so far as to suggest that women should take Krav Maga classes, to keep their retaliations against attackers limited and non-lethal. The idea that women should be less threatening, even in life or death situations, because of how the courts will respond is a perfect distillation of the brilliantly broken justice system that propels Friedman into darker and darker places.

You can watch Indefensible online here, on Apple TV, or Amazon.

If the true crime program seems a bit heavy for you, Friedman has also released a new comedy special on Peacock, recorded when she was 27 weeks pregnant. Ladykiller continues her streak of using our own cackles and groans against the systems and structures of modern America, and requires considerably less legal precedent background to make you feel haunted on the inside—a rare gift of storytelling and delivery that Friedman continues to wield like a weapon against sexism, politicians, violence, and even herself. Highly recommended that you do this to yourself immediately.