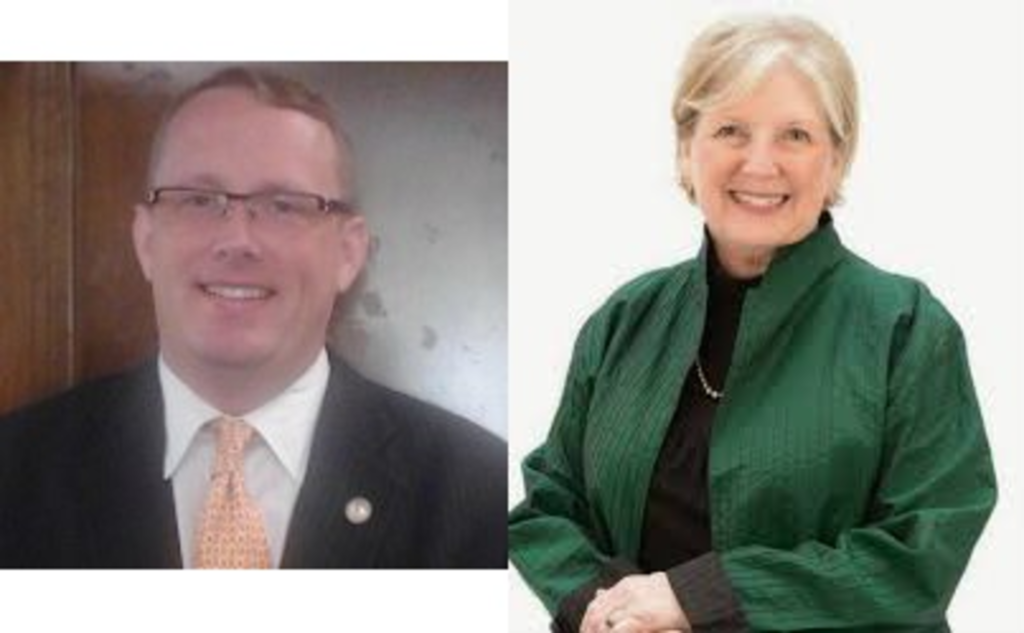 For all the talk about civility and fair campaigning in Kansas City’s 2nd District At-Large City Council race, it will probably end up the dirtiest contest of them all.

Teresa Loar, who wants back on the City Council after serving two terms in the 1990s and early 2000s, signed a pledge on March 5 calling for honest campaigning and no personal attacks.

The document, which came out about the same time that Northland Councilman Ed Ford championed a civility resolution in the aftermath of Missouri Auditor Tom Schweich’s suicide, awaited Jay Hodges’ signature.

Late last week, Hodges came back with a counterproposal. He’d made some edits to Loar’s edicts and added a few of his own. Among the new requirements was a pledge for each candidate to disclose any legal matter with which he or she had been involved over the past five years.

“I don’t know,” Hodges says. “There wasn’t a reason for that, to be real candid.”

Actually, there was a reason.

That five-year dragnet includes a 2011 lawsuit that names Loar as a defendant. The lawsuit, in Jackson County Circuit Court, was filed by Cynthia Sloan, who used to work under Loar at engineering firm Tetra Tech. In it, Sloan claims that she was encouraged to “endure sexual harassment from customers to obtain their business and curry favor” for the company.

Sloan’s lawsuit claims that she was sent to a potential client’s city in July 2010, where she was subjected to unwanted groping and touching in full view of Loar and other Tetra Tech employees. Sloan claims that she was told the firm needed this customer’s business and that a male co-worker quipped that Sloan might have to “take one for the team.”

Sloan claims that she was sent back in August 2010 (remember that date) to attend the out-of-town customer’s birthday celebration. She was sent alone this time, and she says the prospective client’s alleged sexual advances continued. Sloan claims that on October 12, 2010, she complained to Loar about this potential customer’s behavior.

In Tetra Tech’s legal response to Sloan’s lawsuit, the company acknowledges that Sloan told Loar on October 12, 2010, “for the first time her concerns about alleged sexually offensive treatment by the Mayor of Baton Rouge.”

Kip Holden has been the mayor of Louisiana’s capital city since 2005. He was born on August 12, 1952. (Recall that Sloan’s lawsuit said she had to travel to an unnamed city to celebrate the potential customer’s birthday in August 2010.)

Holden, who is running for lieutenant governor in Louisiana, has not responded to repeated requests for comment on the Sloan matter. His biography describes the 62-year-old as a married father of five children.

[Update: 12:59 p.m., March: Two days after being initially being contacted by The Pitch, Holden released a statement to Louisiana media where he recalls that Tetra Tech officials visited Baton Rouge and that Holden and his wife took a female Tetra Tech employee to his birthday party as a guest, but says “that anything more than that did not occur.” Here’s the full statement.)

Tetra Tech’s filing says the allegations of harassing behavior stopped after Sloan told Loar about it on October 12, 2010.

When pressed, Hodges admits that he knew about Sloan’s lawsuit but maintains that he wasn’t aware that it was filed on July 8, 2011, within his prescribed five-year limit on disclosing legal issues.

But Hodges does believe the lawsuit is a campaign issue.

“I do think the public has the right to know about the character of public officials,” Hodges says.

That sounds like something out of the playbook of well-known Kansas City campaign guru Jeff Roe; Hodges has hired Roe’s firm, Axiom Strategies, as his media consultant.

The bad blood between Roe and Loar dates back to 2000, when she ran against Congressman Sam Graves in the Republican primary and lost. Roe was Graves’ chief of staff at the time. In 2004, she called Roe’s campaign tactics “the worst I’ve ever seen.”

Hodges, until recently, worked for Kansas City Mayor Sly James. Last year, James convened a task force to figure out a prominent way to honor Barnes, the same former mayor who was maligned by the firm that Hodges now pays for campaign help.

Sloan’s lawsuit was settled in 2012. A Tetra Tech spokesman says he can’t discuss the terms of the settlement, and neither can Ford, who represented Loar in that case.

Ford, as mentioned earlier, pushed for a council resolution that advocated for civility in the upcoming council elections.

Did Ford advocate for that resolution with Loar in mind? He tells The Pitch that he did it “95 percent” because of Schweich’s suicide, which some speculate was prodded by a mean-spirited whisper campaign about the late auditor’s Jewish heritage and by political attack ads against Schweich concocted by Axiom Strategies.

Ford says the other “5 percent” of his intent was meant for Axiom Strategies.

And what about Loar? Did she intend to pursue a civility pledge to promote higher-minded campaign rhetoric? Or did she do it to keep quiet the Sloan issue and other blemishes in her past?

Loar says she can’t discuss the Sloan lawsuit, on her attorney’s advice.

“Anyone can sue anyone for anything, and it was settled amicably, end of story,” she tells The Pitch. “There’s nothing there. There was no judgment against me.”

Loar sued Tetra Tech in 2013 for age discrimination when she was let go from the firm. That case settled last month.

Hodges views the Sloan settlement as tantamount to an admission of some level of guilt.

“That tells me you probably knew something went on and you settled it,” he says.

That’s not always true. Companies and people often settle lawsuits to avoid the expense of bad publicity and drawn-out litigation, even if the claims are bogus or exaggerated.

There’s no practical way to know the veracity of Sloan’s claims. But it seems clear that Hodges edited Loar’s campaign pledge with the salacious nature of Sloan’s lawsuit in mind.

Despite his association with Axiom Strategies, Hodges says negative campaigning would do little to help a low-profile candidate like him.

“This is not a tagline or B.S. We haven’t brought up being negative because I don’t have enough name recognition,” Hodges says.

This is what a “fair campaign” looks like in Kansas City.