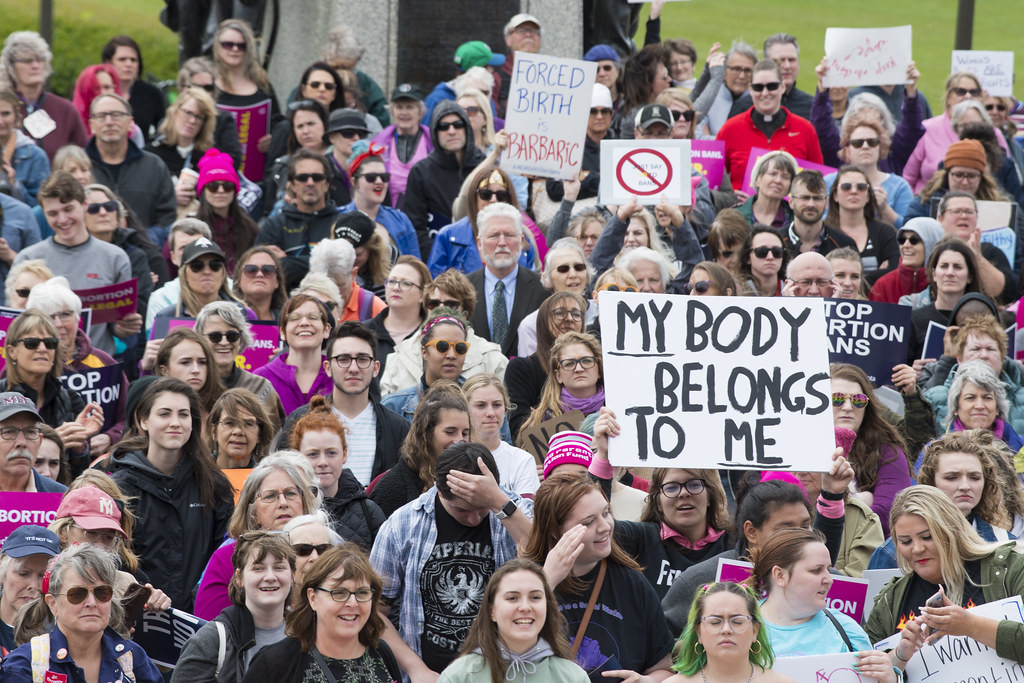 Missouri Secretary of State Jay Ashcroft is being sued for the second time this month.

The lawsuit comes after Ashcroft waited until last week to release the wording for a potential 2020 ballot referendum that would allow Missourians to vote on HB 126, the controversial abortion ban passed in the state legislature earlier this year.

The ACLU and abortion rights coalition No Bans on Choice have been leading the charge to put the referendum on the ballot. They allege in their suit that the state laws that permitted Ashcroft to delay releasing the ballot language violate the state’s constitution.

“Today we are challenging the whole statutory scheme that provides less than 90 days to collect signatures for a referendum,” ACLU of Missouri Legal Director Tony Rothert told St. Louis Public Radio after the lawsuit was filed Thursday. “In particular, the statutes that we’re challenging are those that do not allow people who want to put a referendum on the ballot to begin collecting signatures immediately.”

It took Ashcroft 78 days after the ACLU filed a petition to release the ballot language for the referendum. In that time, Ashcroft said that he couldn’t approve the proposal because it contained an emergency clause—which went into effect after it was signed into law—that requiring parents to be notified if a minor seeks an abortion.

But an appeals court ruled in July that Ashcroft didn’t have the authority to reject the proposal. Still, Ashcroft waited until two weeks before the law goes into effect on August 28 to release the wording—giving activists just two weeks to collect 100,000 signatures to get the petition on the ballot.

In the last week, supporters have only been able to collect 800 signatures for the referendum. But with only five days before the law goes into effect next Wednesday, efforts to collect signatures have been abandoned.

The ACLU and No Bans on Choice are now directing their efforts toward registering voters for the 2020 elections, because their lawsuit will not grant organizers more time to collect signatures for a referendum on HB 126. But it will change the process to prevent state officials from blocking referendums in the future.

“Let’s be clear,” No Bans on Choice wrote in a Facebook post yesterday. “The Missouri Constitution guarantees citizens 90 days to collect signatures to force a vote of the people. But the Missouri Legislature has eroded this right.”

Before the signature-collecting process can begin on a referendum, state statute requires that there must be a 15-day public comment period, fiscal analysis by the state auditor, and a ballot summary written by the secretary of state and approved by the attorney general.

“State officials can prevent a referendum on a favored piece of legislation simply by using all of their statutorily allotted time to complete their administrative tasks and thereby delaying certification of a ballot title for 51 days after a proposed referendum petition is submitted,” the lawsuit reads.

The suit asks that those tasks not prevent signature collecting during the 90-day period between the petition’s filing and its certification deadline. The lawsuit is directed toward Ashcroft because of his role as the state’s chief election official.

Ashcroft has not responded directly to the lawsuit, but he did say last week that the legal fight that delayed his approval could have been avoided if the referendum had been submitted earlier. The ACLU waited to file the referendum until after Gov. Parson signed the bill into law.