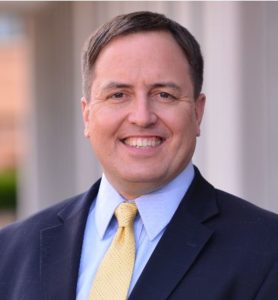 The 16 petitions submitted by Mary Anne Sedey all propose state constitutional amendments that could appear on the statewide 2020 ballot and make the voting process easier for Missourians.

If passed, those initiatives would create an automatic registration system for eligible voters. They would allow absentee voting in-person or by mail, up to six weeks before an election without requiring voters to provide a reason (aka no-fault absentee voting). They would permit voters to permanently register to receive mail-in ballots. They would expand the time military ballots can be received and counted. They would call for an audit of election returns for irregularities. They would also require that election authorities count votes cast on provisional ballots in a voter’s election jurisdiction for measures the voter is eligible to vote on.

Some of the petitions also would institute automatic pre-voter registration for individuals age 16 and over who will be eligible to vote at 18 years old. The initiatives differ in slight ways because it was unclear which petitions the state would sign off on. However, they were all approved for circulation—which means if enough signatures (over 150,000) are collected for any of the petitions, the slate of reforms will appear on the ballot.

Sedey’s lawsuit says Ashcroft should rewrite the language he assigned to the petitions so they’re the same as they would appear on the ballot.

“He’s [Ashcroft] written language that will mislead voters and skew public opinion against these commonsense reforms,” Sedey’s attorney Chuck Hatfield said in a statement. “Between its intentionally argumentative language and the number of popular provisions that are completely omitted, this language is among the worst I’ve seen.”

As the lawsuit points out, all of Ashcroft’s ballot summaries for the initiatives fail to mention the creation of the no-fault absentee voting system, the expansion of time allowed for the acceptance and counting of military ballots, or the new requirement calling for an audit of election returns. Voters would still be voting on these provisions, but they would not appear on the ballot.

The lawsuit also lists defects in all four of the bullet points summarizing the petitions.

For example, the second bullet point reads, “allow voters on election day to appear at the wrong polling place, vote on a wrong ballot, and have election judges later transfer the votes to the right ballot.” In fact, the initiative petitions simply require the counting of provisional ballots only in cases in which a voter both casts their vote at a precinct within the jurisdiction of their local election authority and only for ballot measures they are eligible to vote on.

The lawsuit says Ashcroft’s language could easily be misinterpreted to mean that “voters could vote wherever they want, for whomever and whatever they want, with no restrictions,” which is not the case. It also says the language falsely informs voters that election judges will have to personally transfer votes to the right ballot when the petitions just require authorities to count provisional ballot votes cast under those certain circumstances.

Another example listed in the lawsuit says Ashcroft’s language for some of the petitions reading, “establish automatic voter registration of individuals at least 16 years old,” could mislead voters to think the provision would change the legal voting age to 16 when it would simply pre-register 16 year olds to vote when they turn 18.

If Sedey’s lawsuit is successful, only one petition will be selected to circulate. Since that decision cannot be made until after the court makes a decision on the case (this process usually takes a few months), supporters of the reforms cannot yet begin collecting signatures to secure a place for the voter reforms on the ballot.

The League of Women Voters for Missouri will help collect signatures when the lawsuit is decided. Evelyn Maddox, a Kansas City resident and president of the organization, says she was disappointed to see Ashcroft ignore his responsibility to summarize the proposals in clear, honest, and fair language.

“We expect the court will recognize that and write a fair summary of this initiative to make elections more inclusive, accessible and secure,” Maddox says. “We look forward to a successful signature-gathering drive once this lawsuit is resolved.”