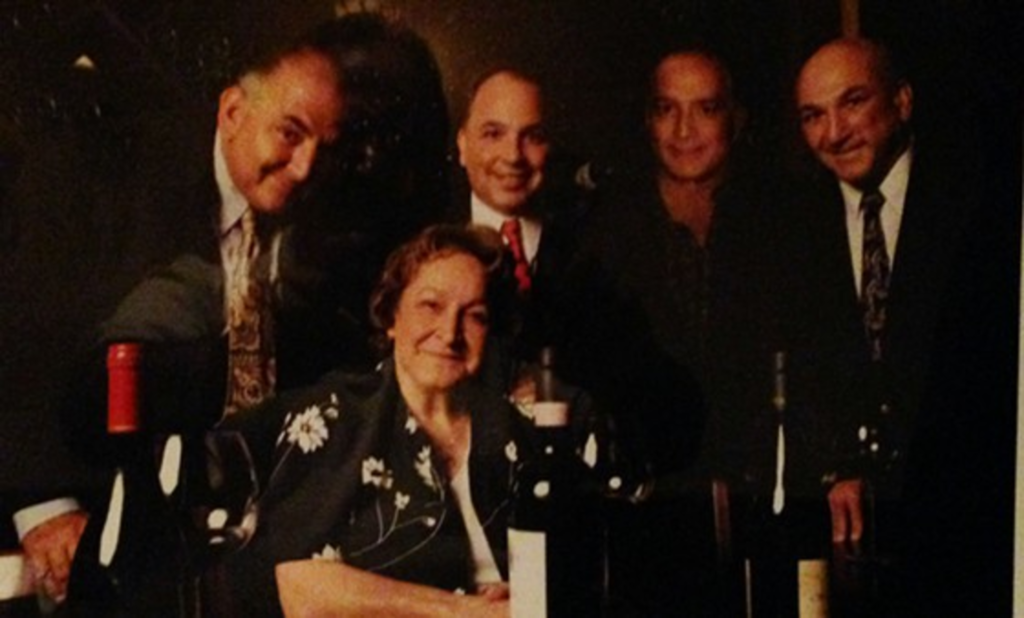 Several beloved Kansas City restaurants are celebrating anniversaries this year: The American turns 40 and the family-owned Northland restaurant, Cascone’s, turns 60. Another family-owned operation – Jasper’s Restaurant – celebrated its 60th anniversary this month and continues to offer a special menu of six dishes (through April 30), some dating back to the original restaurant that the late restaurateur Jasper Mirabile Sr. opened in 1954 at 405 West 75th Street.

A fixture of Kansas City’s restaurant community since the days when 75th Street was considered the very southern end of the city (the streetcars turned around at 75th Street and Wornall), Jasper’s has had at least three distinct incarnations over six decades: the original modest Italian restaurant that served Southern Italian cuisine, fried chicken and grilled steaks (and a hot roast-beef sandwich and mashed potatoes for 60 cents) in the former Rose’s Bar; the upscale, glamorous restaurant with tableside service and waiters in tuxedos from 1966 to 1997; and the current more casual trattoria at 1201 West 103rd Street.

The restaurant’s namesake, a scrappy and ambitious young graduate of De LaSalle Academy and a college football player at St. Mary’s College in California, had married his girlfriend, Josephine Cropisi, a 23-year-old grocer’s daughter from Kansas City’s Northeast, the year before he purchased the tiny restaurant; the first of their four sons, Leonard, was born several months after he started running the business.

Josephine Mirabile worked at the restaurant with her husband only for a short time. The first time that one of the male customers started flirting with the pretty young mother, Jasper Mirabile made a decision: Josephine would stay home; she continued, however, to make desserts for the restaurant – including the strawberry cake that is still a signature item six decades later – for many years.

It wasn’t an easy life for Josephine Mirabile, raising four rambunctious sons – Leonard, Salvatore, James and Jasper – mostly on her own. “My husband was always working,” she says. “He had a dream for that restaurant and great determination. I was at home in the Northeast with no car and, at that time, two babies. When my husband asked if I was willing to move to south Kansas City to be closer to our restaurant, I was more than ready!”

“Dad was rarely home,” Jasper Jr. says. “We had dinner together every Sunday when the restaurant closed.”

An uncompromising perfectionist, Jasper Mirabile Sr. took a gamble when he turned his small family restaurant into the city’s first elegant Italian restaurant in 1966. (He was inspired by legendary New York restaurateur Siro Maccione’s Le Cirque.) “Everyone told him that he couldn’t make it,” Leonard Mirabile says. “That no one would want dishes like risotto or cannelloni Cappricio. He was told that Kansas Citians would resist the rule to wear jackets in the dining room. Everyone had negative advice, but my father followed his own vision.”

All of the Mirabile boys were working in the restaurant by the time they were old enough to slice bread. They later worked in all facets of the restaurant, from kitchen crew to busboys and servers. A half-century later, Leonard Mirabile still oversees the front of the house, and his son, Jasper Mirabile III, runs the kitchen with Jasper Mirabile Jr., the award-winning chef, author and KCMO radio personality. Salvatore Mirabile is a defense attorney, James Mirabile is a physician.

“It’s a hard business but very rewarding,” she says. “My husband and I were able to raise a family, to travel, to meet many interesting people. We were busy all of our lives – being busy keeps you young, I think. But in the long run, it was worth it. I sometimes wonder if I’d do it all again if I had the chance, and you know, I really think I would!”