It’s Lent. Bring on the fish. 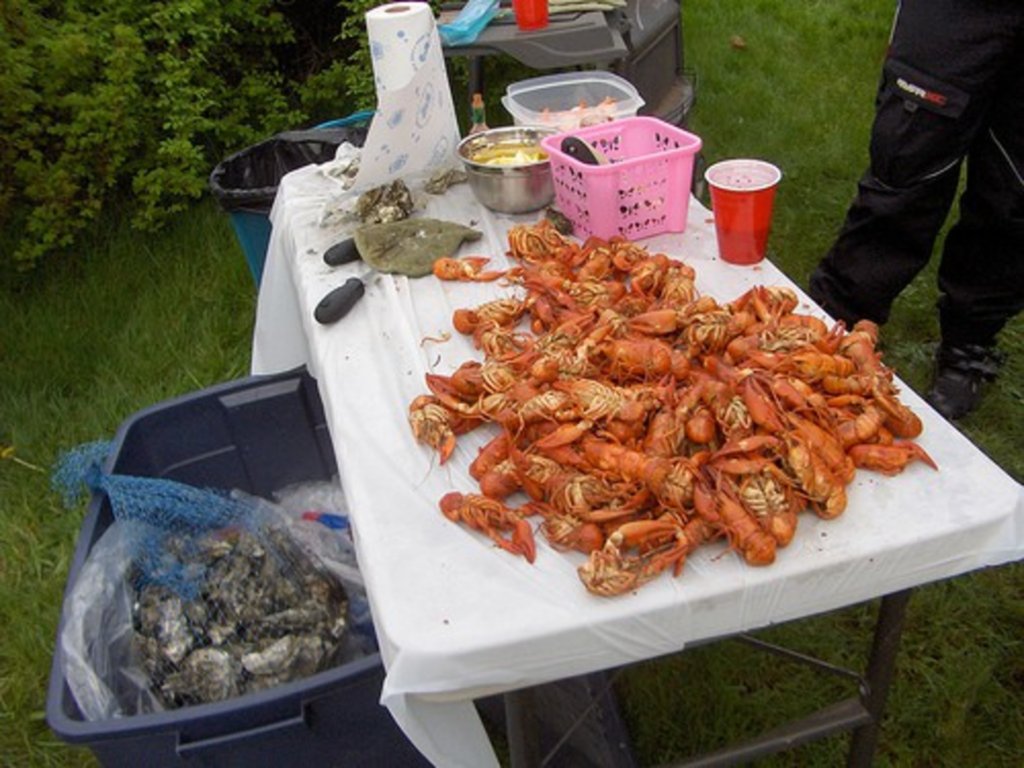 The black marks on hungover foreheads this past Wednesday meant one thing. Lent is here and Catholics can say sayanora to meat on Fridays for the next seven weeks. In addition to lowering the carbon footprint, Lent’s meat ban is a windfall for seafood restaurants. As an undercover Red Lobster server points out, it’s no coincidence that Red Lobster timed its Lobsterfest exactly for Lent.

For non-seafood restaurants, the results can be different. “I’d say we see sales go down a little bit on Fridays during Lent,” said Bob Casey, manager of Stroud’s in Fairway. “It’s not disastrous and we know to plan for it.” Casey said that during Lent, Stroud’s offers a Friday lunch salmon patty for $9.75, which includes all the “normal Strouds’ fixings like green beans, mashed potatoes and rolls.”

Casey said Stroud’s does see an uptick in catfish orders, as does Anthony’s Restaurant. Since Anthony’s caters to a heavily Catholic clientele, including many traditionalists, it offers a whole fried catfish special every Friday of the year. During Lent, though, the sales jump. “It’s a significant amount. I don’t know statistics but it’s definitely a lot more than the rest of the year,” Joe Mingrone said. “Our scampi has always been a big seller and lots of people get that too.” The fried catfish costs $9.95 and comes with a salad and a side such as pasta, baked potato or eggplant Parmesan. During the day, Anthony’s also has options like catfish filets and mac and cheese.

Fish and chips also becomes more popular. Cafe Europa is offering the dish for $13 every Friday during Lent as well as clam chowder for $4-$6.

Dan from Gone Mild, a practicing Catholic, recommends the tuna casserole at Accurso’s, which is scheduled to open in its new location within the next two weeks. (As with all restaurant openings, that may change.) He and the other Catholics I talked to all mentioned the fact that each parish puts on a fish fry.

In fact, the Catholic Key has rounded up the menus, times and prices for nearly 20 fish fries in the area. There look to be particularly good ones at Our Lady of The Presentation Parish in Lee’s Summit, which has a baked potato bar in addition to baked cod and fried tilapia, and Nativity of Mary Parish in Independence, which is serving up frog legs and salmon croquets.