Is there a vegetarian equivalent to the ground-beef hard-shell taco? 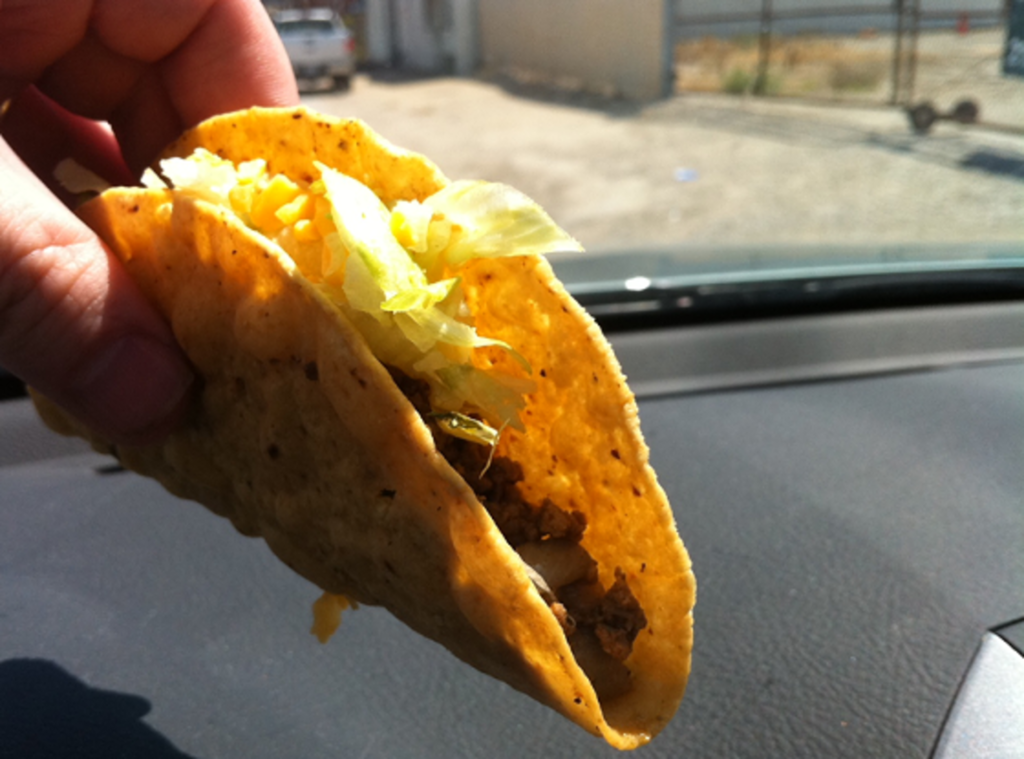 Sometimes a meat eater needs to give into his baser instincts and hoover ground-beef hard-shell tacos out of a Styrofoam container on the passenger seat. Driving through the West Bottoms several days ago, I first noticed the sign for Joe’s Deli (1701 W. Ninth St.). Then, I saw its lunch special on a chalkboard — four tacos and a drink for $6.99. And suddenly, I found myself handing over a $10 bill.

These were the kinds of tacos that lose their structural integrity at the top after the first bite of cool shredded lettuce and neon cheese. The kind of tacos where the grease runs in small red rivulets down your wrist and soaks into the bottom of the hard-shell corn tortillas, turning them slightly chewy. The kind of taco where you think four are too many until half are gone before you’ve finished crossing the 12th Street Bridge. Is there a vegetarian equivalent for the vestiges of suburban taco night, or do those who have forsaken meat also pine for the same grease-laden tortillas?