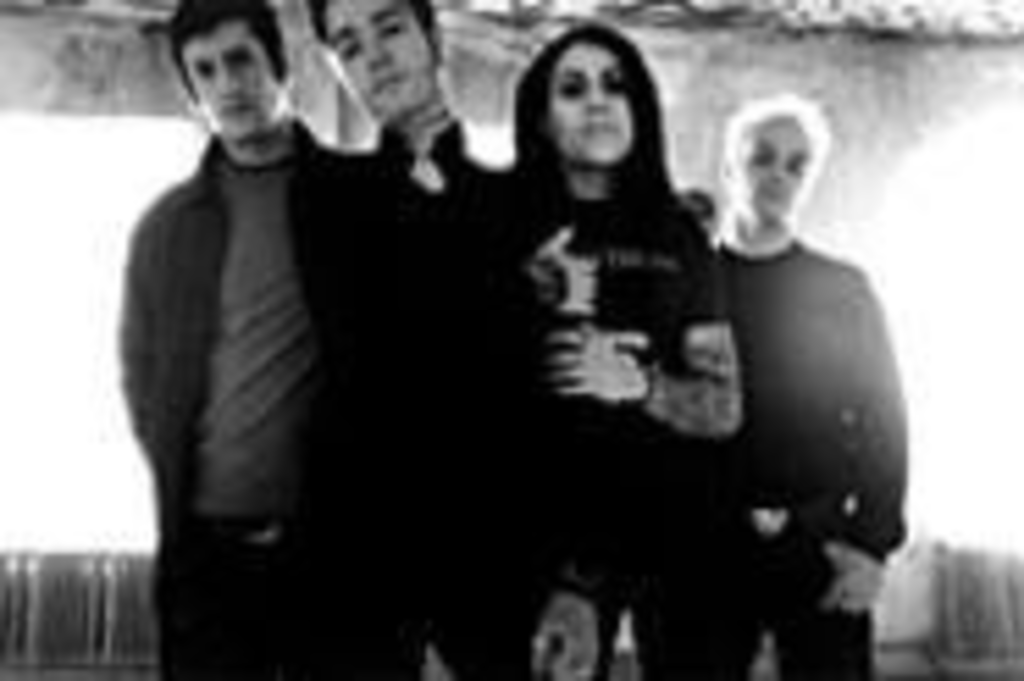 To the uninitiated, AFI must look like the quickest overnight success since the Strokes. The band’s latest release, Sing the Sorrow, opened in Billboard‘s top ten and scored enthusiastic lead reviews in major music magazines. AFI, abbreviating A Fire Inside, now has a radio hit in “Girl’s Not Grey.” It’s coheadlining this year’s Warped Tour, and lead singer Davey Havok recently posed with rock royalty such as Dave Grohl and Perry Farell for a Rolling Stone cover. Heck, even the British press is showing the California quartet some love.

Not bad for a band that was barely on the cultural radar six months ago. But though AFI shares the Strokes’ knack for updating the sounds and styles of various strains of punk and postpunk, a better comparison might be to New York’s other recent out-of-nowhere superstar sensation (no, not the Yeah Yeah Yeahs). Like 50 Cent, AFI has been doing its thing for years (since 1991), so don’t call it an overhyped newcomer just because everyone else finally decided to join the party. AFI’s higher profile is just a natural outgrowth, stemming back to what the band does best: connect with its fans.

“Every time we play a show in any given city, more people show up than the last time we played,” says AFI’s bassist, who goes simply by Hunter. “That’s where the fever begins. People see the excitement and want to be a part of it.”

AFI’s fans are a particularly excitable bunch. The message board of the band’s fan club, the Despair Faction, contains the expected postings about how much the band rocks and how Havok is the most beautiful man in the world. But it also includes messages from fans willing to pay thousands of dollars for tickets to sold-out shows or dying to debate the hidden meaning behind lyrics such as Chrysanthemums of white/They seemed so beautiful/I can remember/I searched for the amaranth. Plus there’s also the type of sentiments that put the cult back into cult success, such as links to something called “the Church of Havok.” For the slightly less dedicated, there are photo galleries filled with pictures of fans tattooed with the band’s logo.

Perhaps the most telling post comes from Marvin Paul Thomas, a former roadie for the Mr. T Experience and Misfits, who wrote an open letter detailing the backlashes he’s witnessed. When fans feel their favorite musicians have sold out, he says, they’ll be willing to buy a ticket just to spit in their former heroes’ faces or try to goad them into a fight. He expresses fear that AFI will soon endure similar scenarios, and he says that would be a shame, because these are a bunch of nice guys who worked hard to achieve their goals.

Thomas’ letter generated a flurry of responses, almost all of them from fans thanking him for his words and pledging to never turn on the band or let anyone make their beloved AFI feel unappreciated. It’s this level of devotion, rare even in the punk scene, that nurtured AFI in its formative years, that allowed the band to feel confident about its move from longtime home Nitro Records to DreamWorks last year.

“It’s like we’re one large family,” Hunter says. “When we go to DreamWorks, everyone comes with us. We’re not going to change as people.”

Indeed, AFI’s members still meet and greet their followers before each show. When time permits, the group lets its fans watch its sound checks, and it offers exclusive songs for download on its Web site. But as a band, AFI has undergone a drastic transformation.

When Havok and drummer Adam Carson formed the band as high school students, it was a speedy hardcore band with song titles such as “I Wanna Get a Mohawk (But Mom Won’t Let Me).” It released its first album in 1996 but went through several lineup changes before Hunter and guitarist and songwriter Jade Puget joined for 1999’s Black Sails in the Sunset.

Around this time, the music started to evolve. The fast tempos and anthemlike backgrounds remained, but the guitars had a meatier, more metallic sound, and the solos became more ambitious. Havok and Hunter started filtering the expansive melodies and lyrical darkness of bands such as the Cure and Sisters of Mercy through their own hard-charging approach.

The band resists the labels goth and punk, and with good reason. Though its lyrics often portray a deep sense of melancholy and isolation, AFI plays as if it’s conquering its demons by connecting with others who share the pain. It’s this connection, Hunter says, that ensures AFI won’t be abandoned like countless other bands in which the world briefly took interest.

“[The music is] a celebration of a dark place that’s not necessarily a bad place,” Hunter says. “You have to have balance even during the darkest of times. I’ve faced some sad moments in my life, times of loss or betrayal. That’s definitely channeled directly into the music.

“I’d like to think that our music touches people in a deep, emotional way,” he continues. “When you’re able to touch someone on that level, people take that more seriously than some pop song you hear on the radio. We take our position seriously. Over the past couple of years, we’ve realized our fans are as much a part of this band as we are. It’s bigger than just being in a band. It’s a movement without a cause.”