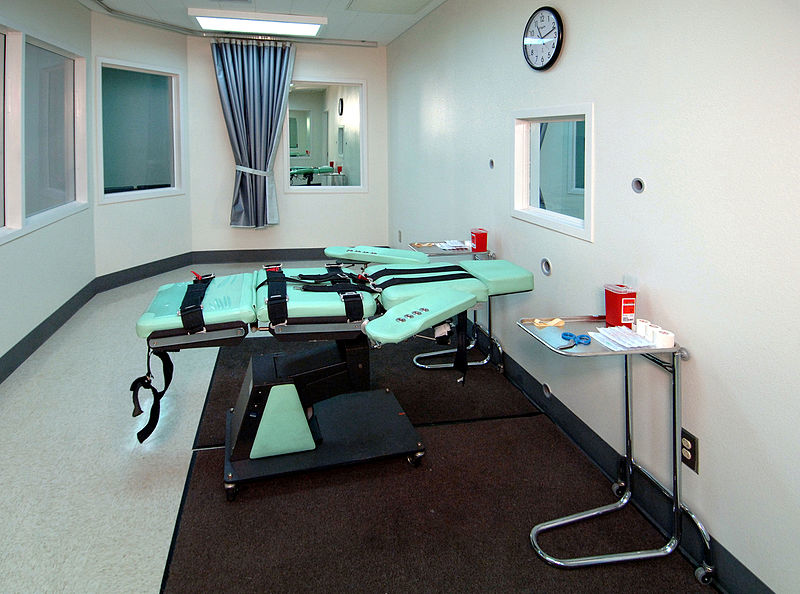 The State of Missouri spends a lot of time in court defending the practice of capital punishment.

Before Christmas, the state solicitor was in Kansas City to argue before the Missouri Court of Appeals that a lower court was wrong to order the state to reveal the source of its lethal-injection drugs.

On Sunday, BuzzFeed News published a sealed court document indicating that Missouri, at some point, purchased pentobarbital manufactured by a pharmaceutical company that tries to prevent the drug from being used in executions.

BuzzFeed’s Chris McDaniel, a former reporter at St. Louis Public Radio, broke the story. He discovered a document in a case file that was supposed to be sealed but that he was able to view on the federal courts’ website. The document indicates that the Missouri Department of Corrections acquired manufactured pentobarbital. The only U.S. company with Food and Drug Administration approval to manufacture pentobarbital for use in humans is Akorn Pharmaceuticals, which objects to its products being used for capital punishment.

The document was not closed until after McDaniel began asking about it. The filings are part of a court case filed by death row inmates in Mississippi, who are seeking information on how other states carry out the death penalty.

Missouri established a new, “one-drug” protocol for executions in the fall of 2013. Eighteen men were put to death in next 22 months.

In early 2014, The Pitch reported that Missouri was getting a compounded version of pentobarbital from a pharmacy in Tulsa. Missouri and other states have turned to compounding pharmacies, which are not regulated by the Food and Drug Administration, as execution drugs have become harder to obtain.

The Apothecary Shoppe, the Tulsa pharmacy, stopped supplying the drugs after its identity was revealed. A year later, McDaniel reported that the state had “quietly” acquired a stockpile of execution drugs from a new supplier. At the time, McDaniel suspected that Missouri had obtained a manufactured version of pentobarbital. Manufactured drugs have a long shelf life. Compounded drugs — which are typically mixed, matched or altered to meet the needs of an individual patient — have shorter expiration dates.

The document McDaniel found does not indicate how Missouri is obtaining the manufactured pentobarbital. The vendor is identified as “M7” in court documents.

In the now-sealed court filing, attorneys for the death-row inmates suing the Department of Corrections argue that the sale of manufactured pentobarbital to Missouri violates Akorn’s rights to determine how it’s product is used.

The execution of Mark Christeson, who was convicted of three counts of first-degree murder in 1999, is scheduled for January 31.

Department of Corrections Director George Lombardi announced his resignation a few weeks after The Pitch reported the department had paid millions to settle harassment and discrimination claims.