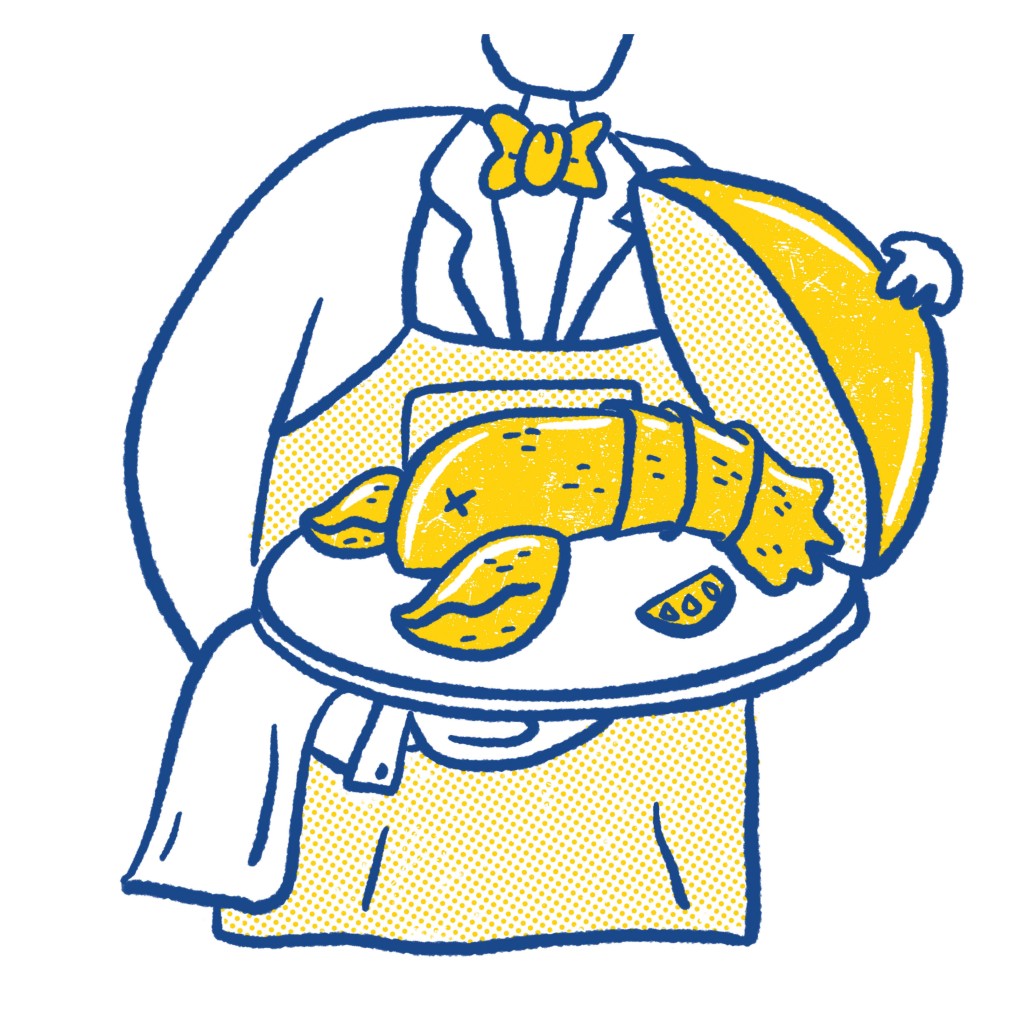 The year: 2025. COVID-19: Years in the rear-view mirror. Your roommate Samira: starving.

“No more studying,” she says, closing the Existential Algebra textbook on your hand. “It’s the weekend. We’re young, we’re fun, we’re tolerably attractive. We’re going out. Also, it’s like 8 p.m. and all I’ve had to eat today is a Cinnabon Coke Zero.”

“That’s not my fault,” you say. “Just get an Observation Pizza or something.”

She collapses theatrically onto the futon. “I’m not getting pizza. I went on one Tinder date with an e-bike delivery guy, and now he’s magically the one dispatched to the apartment every time I order in.”

“There’s always the Home Depot Pro Café,” you say, mostly as a joke.

Samira snorts. “Like we could even get a table. You’ve gotta reserve that shit two months out. Plus, they’ve got a dress code, and I’m not in a black-tie mood. They’ve gotten so pretentious since they switched to the lobster tasting menu.”

You sigh and slide the textbook into your backpack. “Fine. Where then?”

“There’s a new worker-owned collective on Troost that’s supposed to be good. Or—” She pauses, bracing herself. “Your favorite.”

To go to the worker-owned collective, jump to page 2

To go to the KCI airport Chili’s, jump to page 3 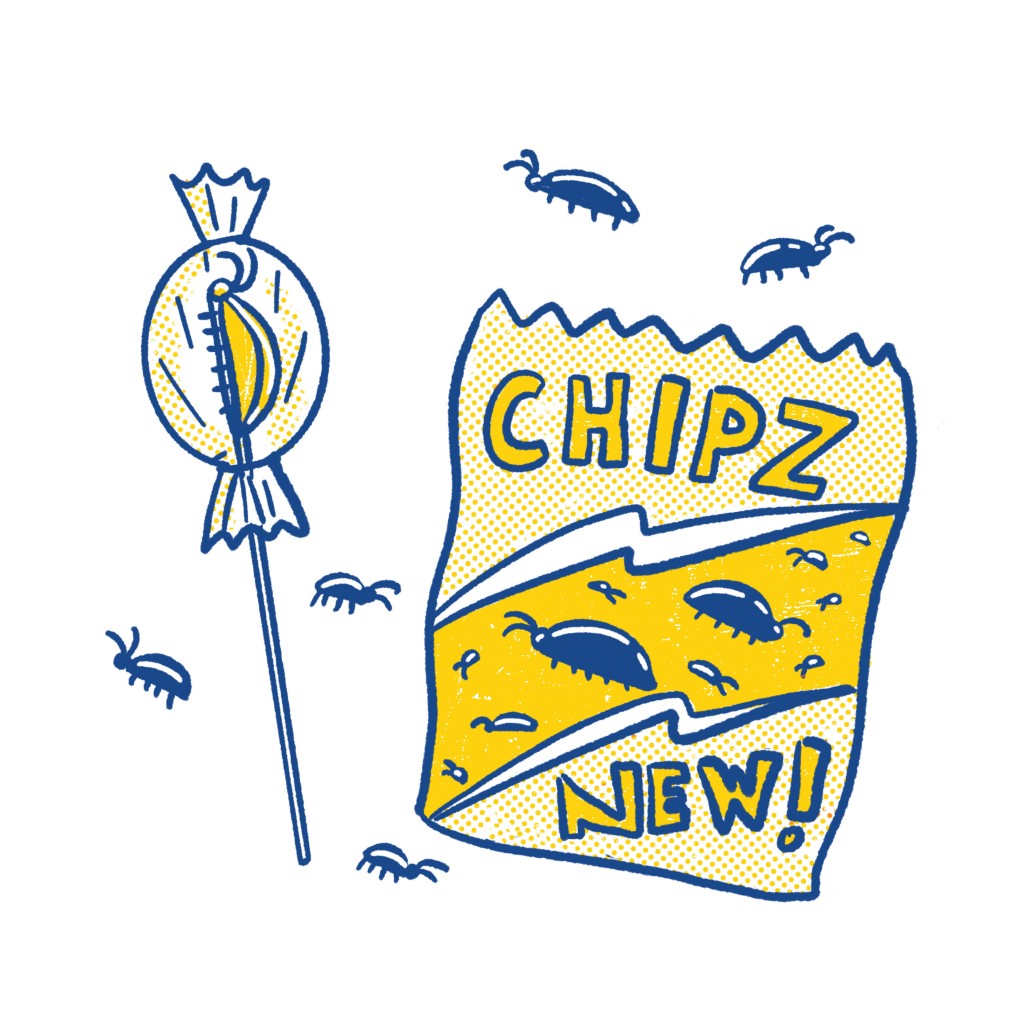 The “worker-owned collective” is a small but homey café called The Magpie. At the entrance, a man with a gray ponytail and a warm smile gestures you over to an enormous wood communal table lined with low, mismatched armchairs and squat chenille poufs. An older couple is already seated there, picking over a bowl of what look like fried onions lacquered in deep brown.

The man holds the bowl out to you, and you tip out a small handful to be polite. One bite reveals they’re not onions—the morsels are lighter and crispier, indecorously coated in a blend of smoked paprika and herby za’atar. “These are awesome,” you say. “What are they?”

Before you have time to process this, a dark-haired server in a red skirt streams from the kitchen and drops a plate in front of him—tacos dressed with tiny cubes of fresh peaches and jalapenos. You notice the server has a couple tattoos with the new glitter ink: fronds of a Weeping Willow tree streak gold down her bicep like fireworks.

“Grasshopper and crispy shallot tacos,” she tells you, mistaking the direction of your gaze. “The chef this month’s on an insect kick.”

She stares, pressing her tongue into the side of her cheek as she tries to suss out whether you’re messing with her. “Yeah. We all rotate jobs. I’ll move to the dish pit next week, and I’ll be working on new recipe development after that.”

She shrugs. “Well enough. There’s been a front-of-house/back-of-house rivalry at every other place I’ve worked. Here, it’s just our house.”

An electronic chime sounds somewhere in the kitchen as the door from the street flies open. A tall man wearing an N-95 mask strides in and Samira shivers.

“I know I should be used to it,” she says to you quietly. “And I’m glad people mask up when they’re sick now—but I still have, like, a trauma response when I see one of those.”

If you tell Samira, “They’re the reason we got the 2020 pandemic under control,” jump to page 4.

If you tell Samira, “Wish we could have got everyone to wear them when it mattered,” jump to page 5. 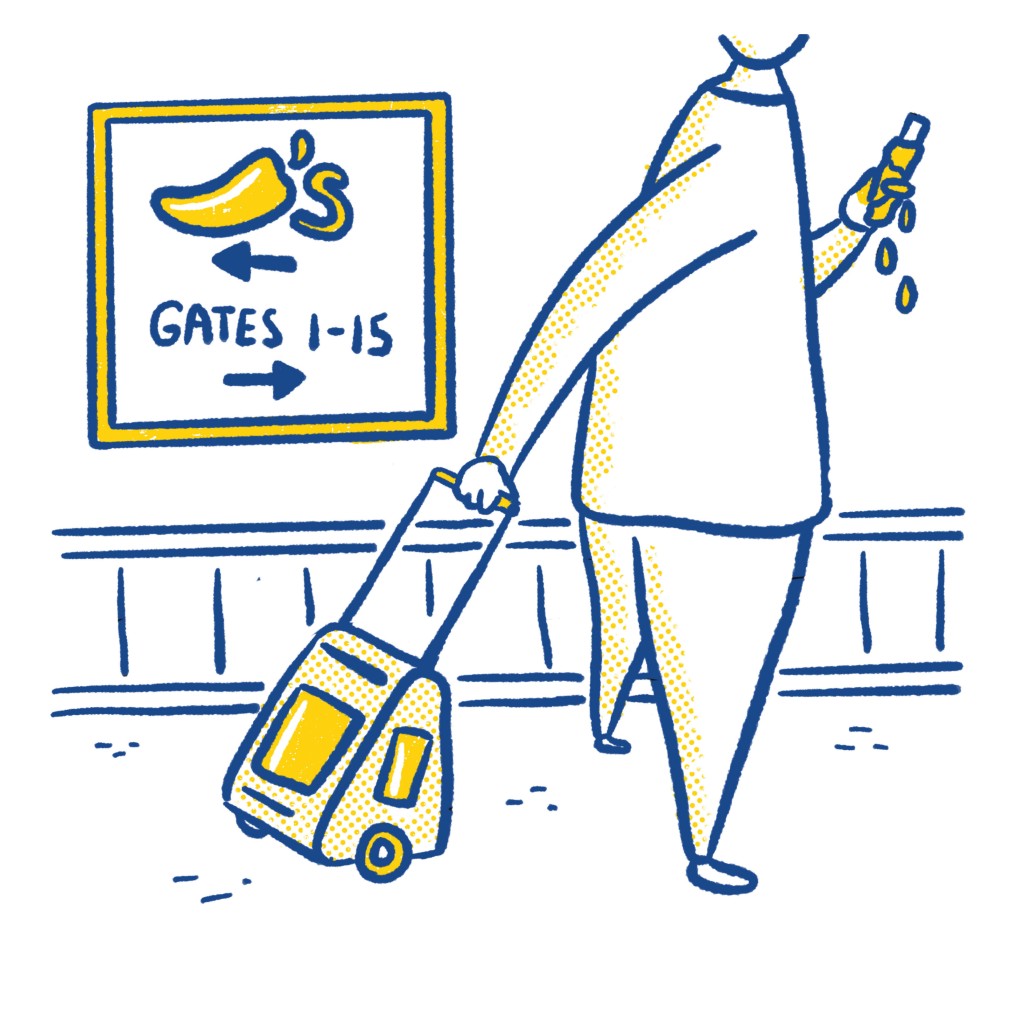 “Hi-welcome-to-Chili’s-home-of-the-ImpossibleTM-Baby-Back-Rib.” The greeting spills out of the hostess in one breath, words smashed into one another like a German hex. Somehow, you still hear the trademark.

The airport dining room is lit like a stadium. The customers don’t seem quite real. Along one wall, three men in identical gray suits lift Calzone-Crusted Taquitoritos (sponsored by Amazon Prime) to their ash-colored faces in unison. The longer you look at them, the more spectral their bodies seem to become. You sense that they have always been here. You sense that they will never leave.

“Let’s jet,” Samira mutters under her breath. “I forgot how much this place gives me the creeps.”

“Your table’s already set,” the hostess says in a monotone. “It’s happy hour. $5 Mudslides.” She plucks at her sweaty red uniform polo, trying to unstick it from her back. She’s glistening with a layer of something shiny and damp, even though the airport is chilled to a frosty 62 degrees.

“Yeah, I actually just remembered I left my car unlocked, so—” Your mouth dries up.

“But you must stay,” the hostess says. “Everyone stays.” You realize with a start that her eyes have no pupils—they’re just flat, green discs.

“No, we really can’t,” you say. “Right Sam? Sam?” You grab Samira’s elbow and dig your fingertips into the fleshy crook of her arm. She nods without looking at you. Her eyes are fixed on the TV above the bar, which is broadcasting the airport arrivals board. As if on cue, every single flight switches over to DELAYED.

“Welcome to Chili’s,” the hostess says again. She’s even shinier now, a human candy apple. She lifts her hands in prayer and tendrils of transparent mucus trail from her arms. “Every hour is happy hour.” 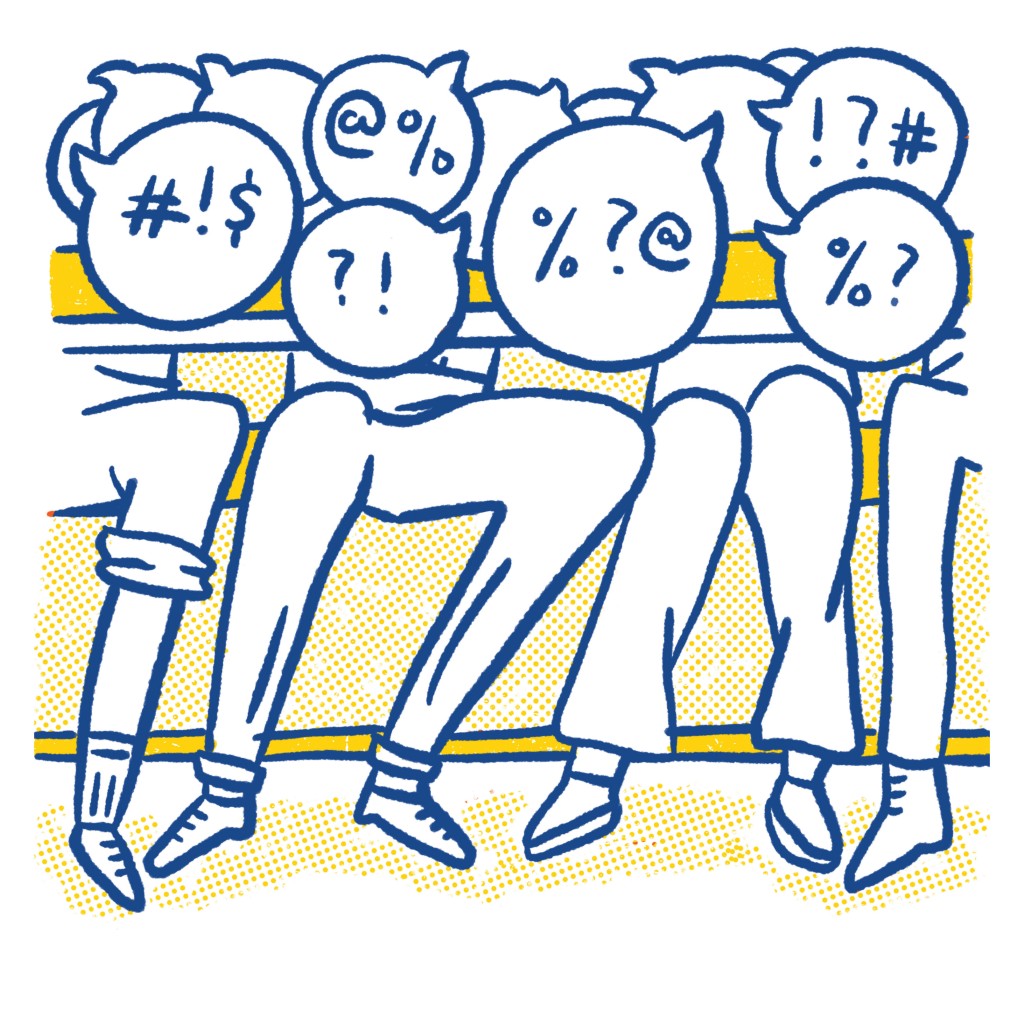 “They make me feel better, honestly,” you say. “I mean, they’re the reason we got the 2020 pandemic under control, right?”

“Right?” Samira says, a little too loudly. “Can you imagine if we hadn’t stopped the spread and successfully lobbied Congress to pass that hospitality and entertainment industry relief bill?”

Everyone in the restaurant swivels slowly in their seats until they’re looking directly into the camera. (It’s 2025. Cameras are everywhere.)

“Well, Troost would look different,” you say, scanning the menu. “Like half of the restaurants on this block would be empty storefronts.”

Samira starts tallying changes on her fingers: “The recession would have lasted way longer. The city would have negative money. Mayor Q probably wouldn’t have gotten a second term. Hell, we all might still be paying out of pocket for health care.”

“Dystopian shit,” you say, shrugging off the bad vibes. You have a nice meal chatting with your neighbors and listening to your server tell you about a cocktail she’s workshopping—a dupe of something she tried on her vacation. When you’re done, you wave your phone over the integrated touch screen in the table to pay. There’s no tip to calculate; everyone at the restaurant makes a living wage.

You stride out onto the street and into a muggy September night, full and happy. The staccato chime of a bicycle bell breaks the silence, and Samira jerks your shoulders back just in time. A cyclist whips past so close, you can feel the wind ruffle your hair.

“Jesus Christ. You almost walked right into the bike lane.”

You follow her along the sidewalk, breathing in the thick, heavy scent of exhaust and smoked meat and heat-scorched asphalt. The whole block is lit up like a Christmas display; neon OPEN signs and beer lights and golden streetlamps warm the pavement. The city’s been through a lot, but tonight, it feels fully, defiantly alive.

“OY.” Samira shouts. She’s climbing the steps of a city bus that pulled up while you were daydreaming. “You coming?” 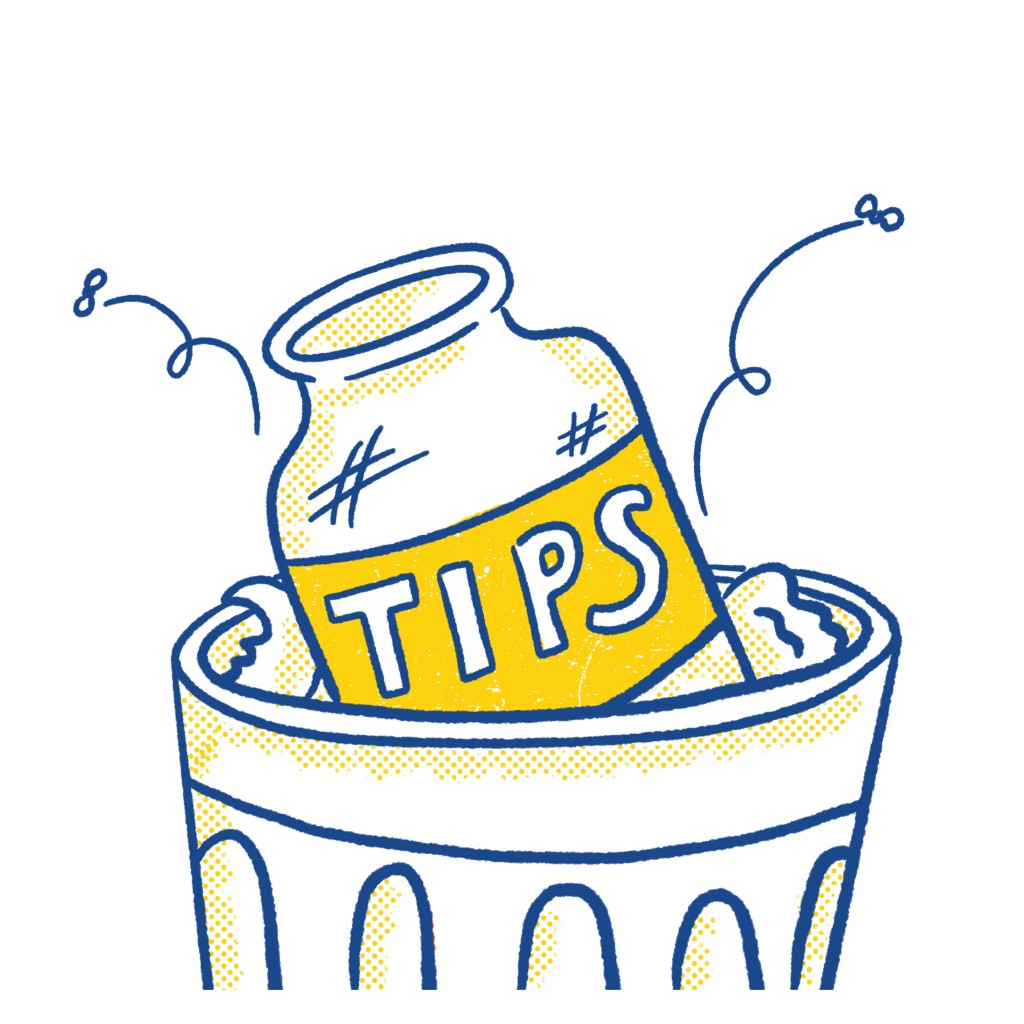 “Wish we could have got everyone to wear them when it mattered,” you say. “Then maybe this wouldn’t be the only restaurant for a mile.”

“Or maybe it wouldn’t be this expensive,” Samira whispers, pointing to the touch screen menu embedded in the table. “I get that they have to pay for their employees’ health care, but $30 for three tacos?”

Your stomach growls as if in protest. “Let’s go somewhere else.”

“There is nowhere else.”

You push open the door and stride out into the street. The blare of a car horn punctures the silence, and Samira jerks your shoulders back just in time to save you from being flattened by a boxy hatchback the color of an infected wound. “Jesus Christ. You almost walked right in front of a Kia Soul.”

At the corner, she checks something on her phone and groans. “The next bus isn’t for 50 minutes. Goddamn Flat Andy.”

You swear. The city slashed the transportation budget after the unchecked pandemic and years-long recession. The new mayor, a cardboard cutout of Andy Reid, has stood idly by while the city bleeds.

“Just our luck,” you say, eyeing the darkening sky. You wish you’d worn more comfortable shoes. And maybe brought an umbrella. “May as well just walk. You coming?” 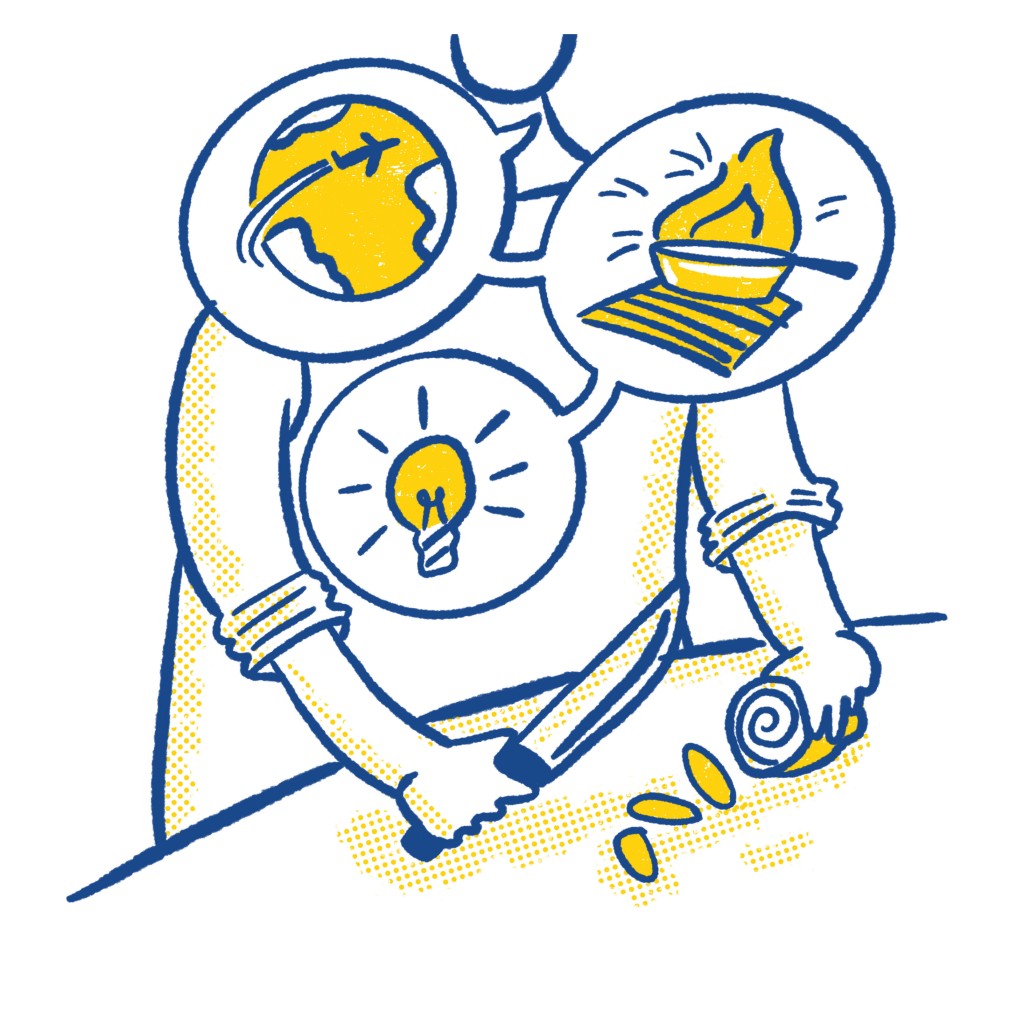 Some idiot DUI'd Char Bar's front door. Do you know them? Tell them they suck.