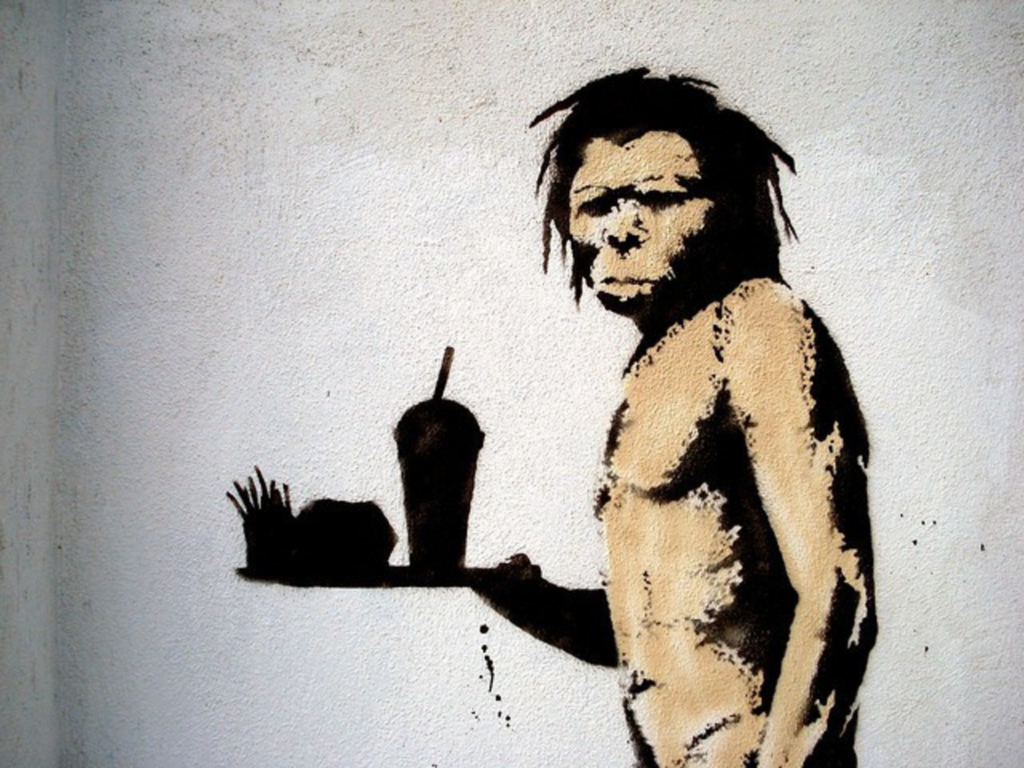 Once upon a time, man ate only what he was able to hunt. Apparently that time was last week in New York City, where the “caveman lifestyle” is a burgeoning trend. The New York Times profiles a group of men who live at the intersection of hipster and naturalist, choosing to eat large quantities of meat and then fast between feedings.

Bread is off limits and fruits and vegetables can be consumed at will or not at all. It’s a carbs-are-evil diet via the concept of cave paintings.

So, it’s official: The irritating man cave concept has leaked into the world of food. I like that the men in the story are truly attempting to return to the diet of our ancestors (though not without a three-foot refrigerated meat locker).

There is also an exercise component:

These urban cavemen also choose exercise routines focused on sprinting and jumping, to replicate how a prehistoric person might have fled from a mastodon. In a city crowded with vegetarian restaurants and yoga studios, the cavemen defy other people’s ideas of healthy living. There is an indisputable macho component to the lifestyle.