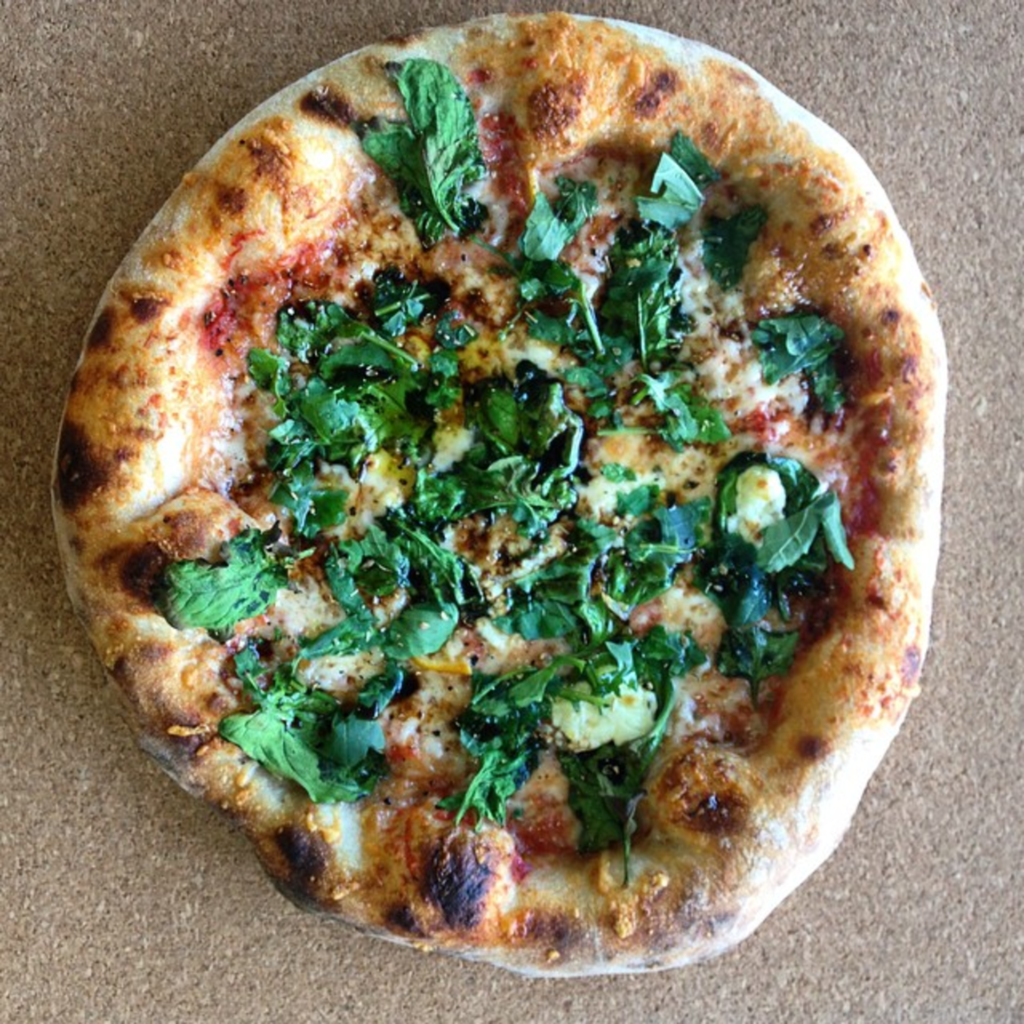 Ibis Bakery‘s latest pizza night — this Wednesday, July 29 — will have just one variety available. But it sounds more than worth the drive to Lenexa (the bakery is located at 12817 West 87th Street Parkway) for a taste.

Matsch says the pizza dinners, which last from 6 to 9 p.m., allow Ibis to experiment with different kinds of dough. In this case, it’s a sourdough crust, made with the much-geeked-about 00 pizza flour, sourdough starter, olive oil and salt. “It’s a crispy, light, airy crust,” he explains. “We’ll have whole pizzas, big enough for two people, for $15, and pizza by the slice.”

Wine and beer will be available for sale, as well as some kind of pastry. Matsch says, “We’ve got a lot of really beautiful peaches — we’ll do something with those. And we’re planning to have enough dough to make 200 pizzas.”

Make a reservation here. An August pizza night is on the way, too.