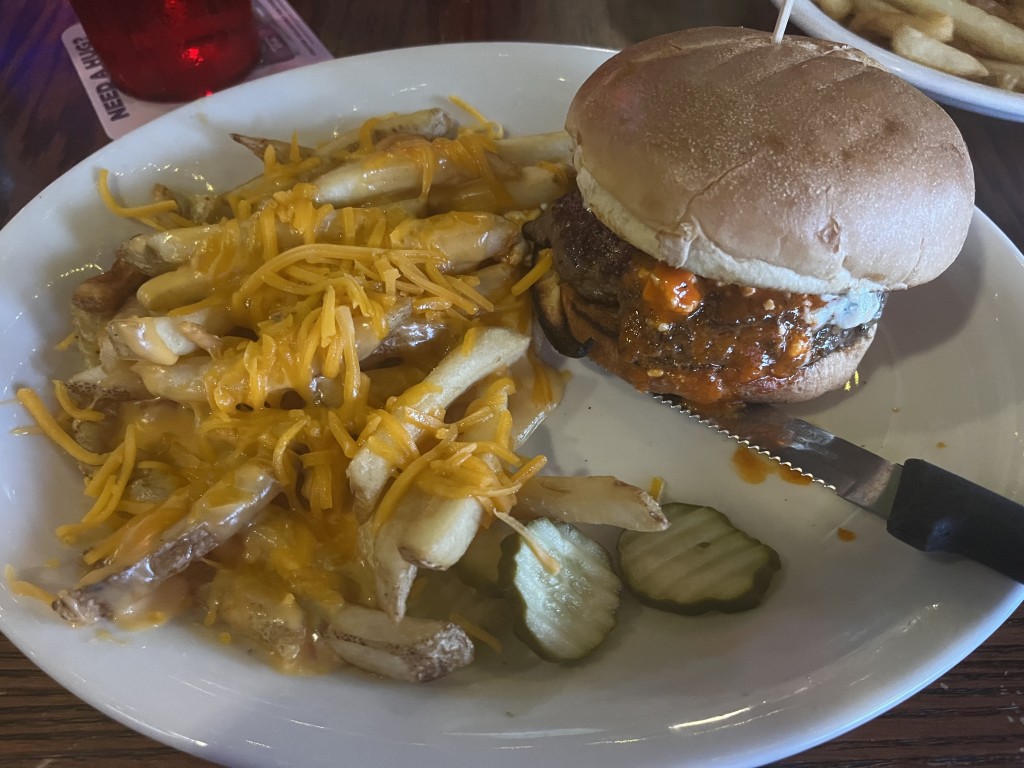 The Peanut is a Kansas City culinary institution.

When I have friends who used to live here come visit they want BBQ and Peanut wings. “3 wings and Fries” is the classic order. I like to add cheese to my fries because it’s the right thing to do. And I get bleu cheese and ranch dressing for my wings because I want the best of both worlds just like Miley Cyrus and Hannah Montana.

But what if for some reason you don’t want wings?

Regulars would tell you the only other acceptable alternative would be their BLT. They do have other things on their menu, though.

Why would anyone else order something else at The Peanut? What kind of psycho would go to The Peanut and order a cheeseburger?

Me. I am that psycho. I’m Patrick Moore, and I ordered a cheeseburger at The Peanut.

I stopped drinking two years ago, but I would frequent The Peanut on Martway in Mission when I was drinking. They have a huge bar and 15,000 flat screen tvs. But when you go to the same drinking spot a lot, you wanna mix up your food order sometimes. 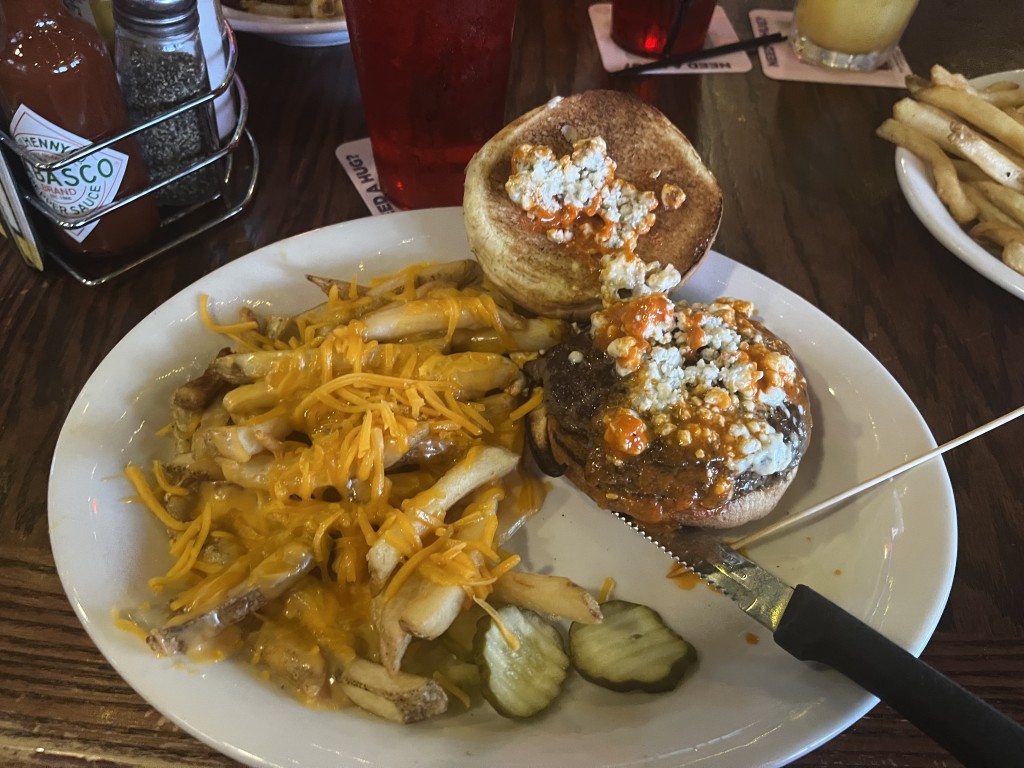 The Martway location actually has three really good chicken sandwiches. And you can have that chicken tossed in the Peanut’s buffalo sauce. Who’s better than you if you order that? But let’s say you’re a purist and you are dining at the Main St Peanut location. Their menu has less options but they do also have a burger.

I am here to say that I have had a burger at The Peanut, multiple times. And they’re pretty good! If you ask you can get that burger covered in their buffalo sauce and then covered in bleu cheese (sometimes I do pepper jack). This is even now on the menu at that Martway location. They also cook the burger to order. I usually order medium-rare and it grosses the server out every time.

It’s not the best bar burger in Kansas City, but it’s above average.

If you order a burger at The Peanut with your friends they will 100% make fun of you.

It’s a red flag. But if you happen to be a person who doesn’t like chicken wings, or you don’t want to get your hands covered in sauce, or you’re just really drunk—a buffalo burger is pretty damn good.

Categories: Food & Drink
Tags: chicken wings, Hannah Montana, No one asked Pat to do this, Patrick Moore being dumb again, The Peanut, too high 2 function