How to watch the Chiefs parade without dying 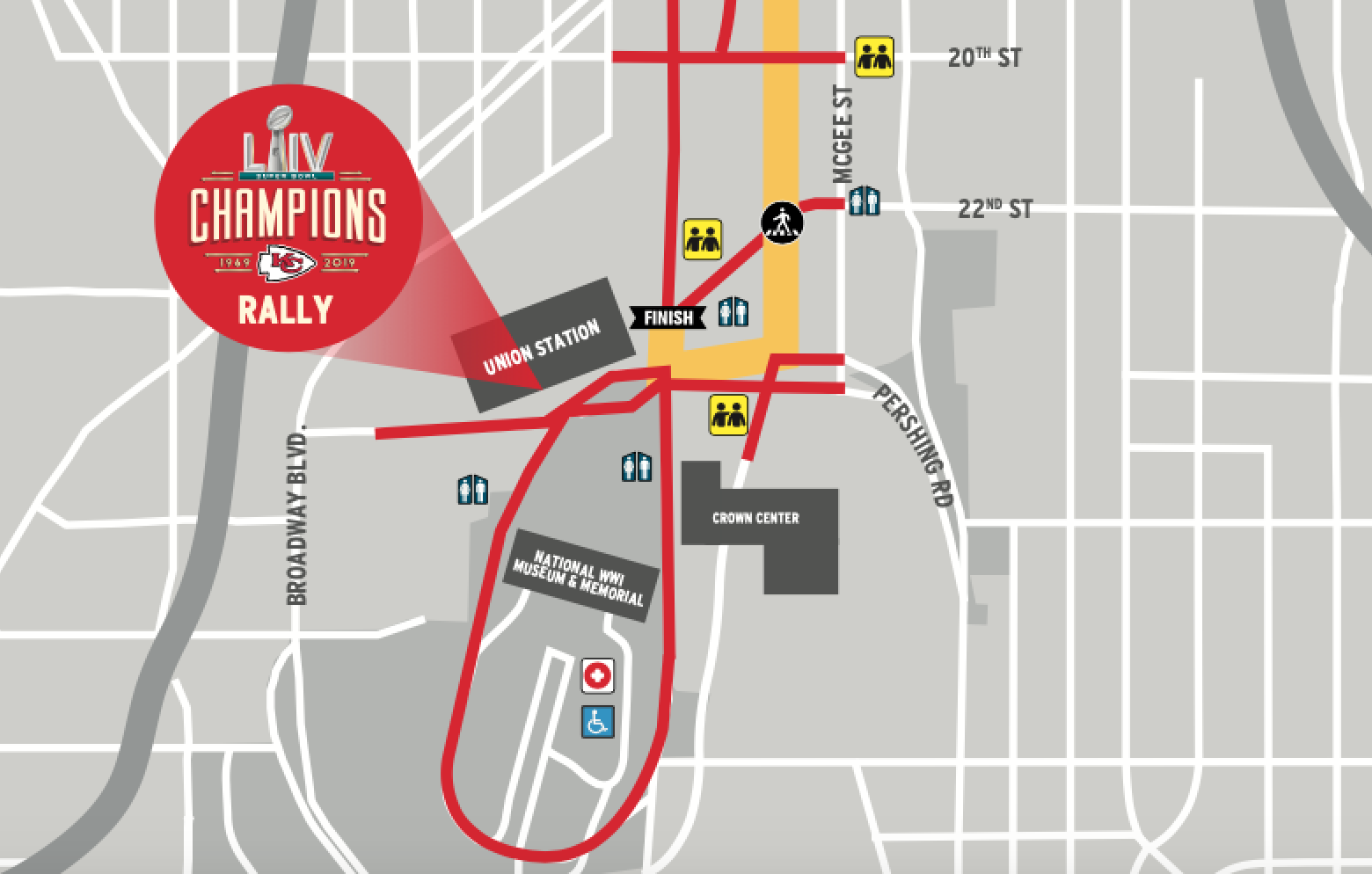 We have a celebratory parade tearing through town tomorrow. Early estimates think we may be looking at up to a million people attending. NOT A THREATENING AMOUNT OF ATTENDEES AT ALL. Certainly helped by all the businesses whose HR departments have given up on the uphill fight of keeping folks in the office.

This is gonna be wild.

All detailed parade information is available here, and there’s a link to the parade map as a PDF at that location. But if you don’t want to cycle through all of that information, we have the highlights here.

Also keep in mind that tomorrow, cell service will probably not function for you. Try to make sure you have all your info downloaded ahead of time and that you stay close to your group.

Godspeed and stay safe out there! Please send us all your cool crowd shots by tagging us on Twitter, on Instagram, or with #OurPitch.

Details from the City:

Motorists should avoid the areas along and around the parade route, including Grand Blvd, Pershing Road, and Main Street. Drivers should use alternate routes and allow for extra time when traveling in the area. Additional road closures and lane restrictions may be necessary during the event to maintain public safety.

Streets will reopen as early as conditions allow. 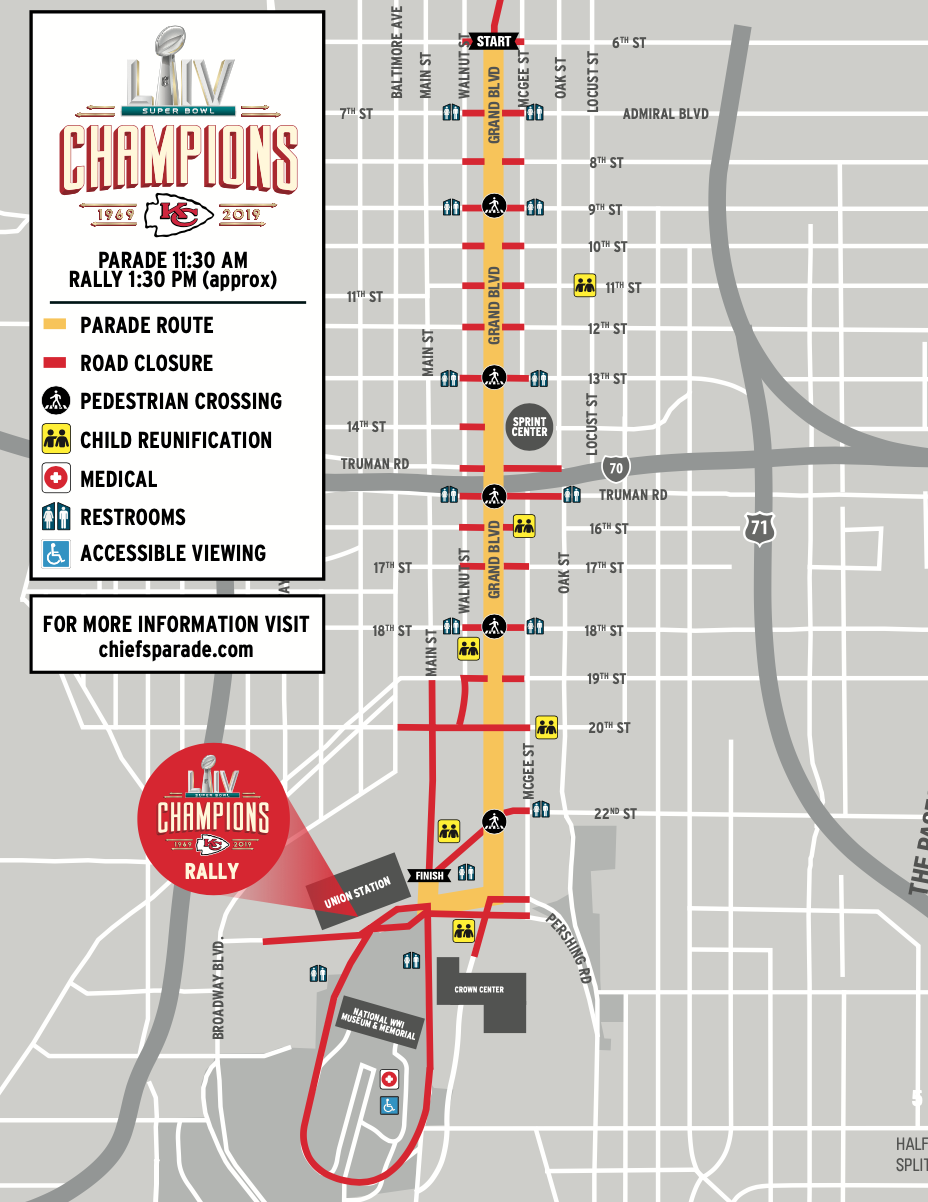 There will be significant travel delays on roadways and street closures immediately before, during, and after the Chiefs Kingdom Champions Parade.

The Kansas City Streetcar will suspend operation beginning at 12:01 a.m. on Wednesday, February 5 and will reopen as conditions allow. Ride KC bus operations for parade day will be free with very limited service.

The perimeter of the parade will be firmly secured and protected for maximum public safety.  The City asks the public to do their part, use common sense, and stay aware of their surroundings. Attendees should immediately report suspicious activity by notifying a police officer or dialing 911.

Use, operation, deployment, or monitoring of any aerial vehicle, including but not limited to any fixed wing rotoaircraft, drone, rocket, powered balloons, ultralights, or model aircraft, regardless of whether controlled by line of sight, radio frequency, tethers, or any other means, is prohibited at any time during the parade. Violators may be subject to prosecution and fines for violations of FAA regulated airspace restrictions.

KSHB-TV 41 Action News (the local NBC Affiliate) is the official broadcast partner for the Chiefs Kingdom Champions Parade. The celebration will air live on KSHB-TV 41 and stream on kshb.com.

The parade and rally will be shown live on the KC Live! Block screen. Avoid traffic and check out free live music with Lost Wax at KC Live! after the rally. Families are welcome to this free event. KC Live! opens at 8 a.m.

Crown Center parking garages and surfaces lots will be open for Chiefs Victory Parade parking beginning at 5AM on Wednesday, Feb. 5. Public parking for the event will be paid upon entry, $30, cash only, on a space-available basis. No grilling permitted. No glass containers permitted. No overnight parking.