"Just for the record: I do not condone the use of a child in paranormal research." 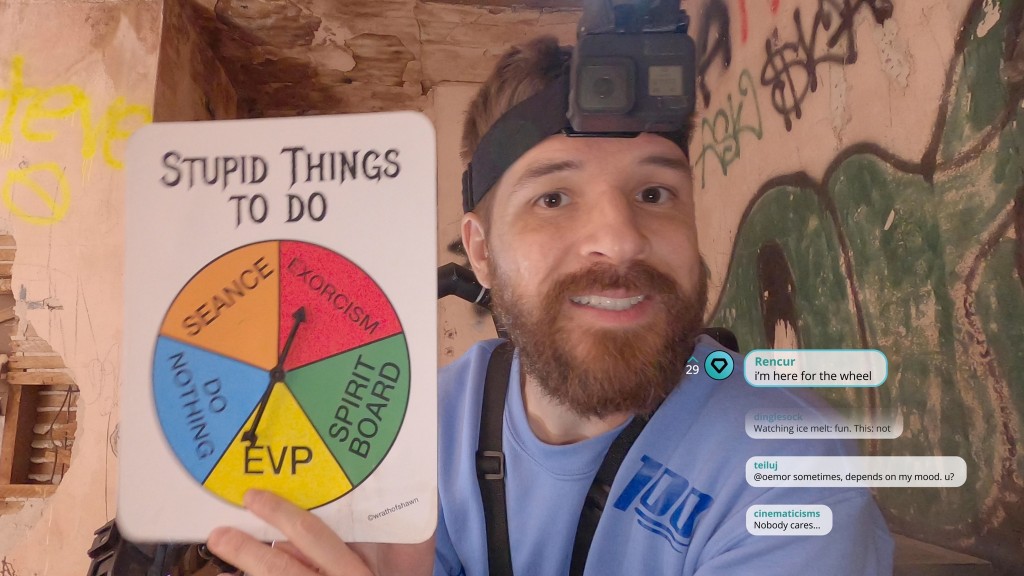 What brings more joy than watching a beloved YouTube personality go down in flames and public apology videos? Why, watching them scrape and scramble to try to regain relevance by any means necessary. People who get rich off saying “Smash that ‘subscribe’ button” are one of the only categories of people that deserve whatever schadenfreude we may extract from them.

Such is the premise behind the new Shudder horror film Deadstream, and the indie title makes the most of its subject and world. You can just skip reading and go pull it up right now via Shudder or most VOD services. This is 90 minutes of horror comedy that you can just dive into right now. If the genre is even close to “your thing” then run, don’t walk, to the nearest screen.

Or stick around and read this. That’s fine too. 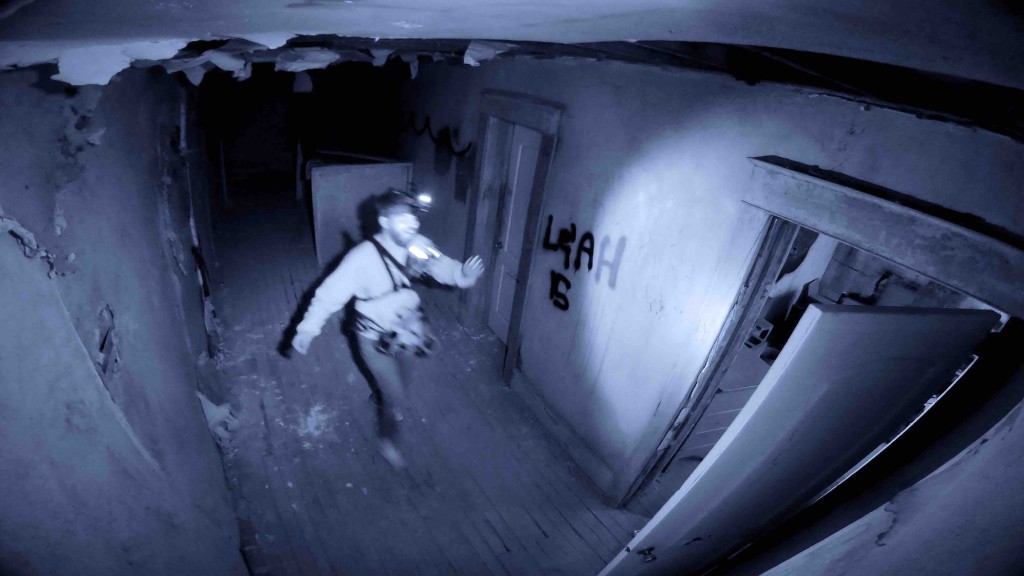 Shawn Ruddy is a YouTuber whose hit show, Wrath of Shawn, operates from the premise that the bearded star is absolutely terrified of most situations, and places himself in harm’s way to elicit over-the-top screaming comedic reactions from an adult man. Our dude Shawn has recently suffered a professional takedown for unnamed misdeeds and has been taken back to his roots. In an attempt at regaining relevance, Shawn is locking himself in a haunted house for an entire night. While he livestreams the spectacle, he’s made a deal with his former sponsors and his viewers: anything that sounds weird or scary he must go investigate.

What begins as a series of over-reactions to small sounds quickly, obviously, becomes something much much worse. Or, if you’re a viewer, much much better.

The film hits some of the same notes you would expect from the slew of streamer and/or in-computer films we’ve suffered in the last few years (especially during pandemic) but almost immediately finds its own footing. Shawn’s ability to set up an innovative camera system that he controls edits of in real time pays quick dividends, and the use of Shawn’s dependence on interacting with the users in his chat makes more of the device than last year’s Dashcam.

The film’s ultimate strength is lead actor Joseph Winter (who co-wrote, co-edited, and co-produced with his wife Vanessa Winter. Yes, this is as small of an indie as you can get.) Winter’s portrayal of our toxic YouTube personality accomplishes a feat that this kind of film would normally aim for and then miss the mark. The truth is… I would subscribe to Wrath of Shawn. As a cloying, annoying, deliberately performative idiot, Shawn is everything you love to hate as a streaming personality. But… he’s equally charming and genuinely funny? It’s a feat to behold. His little homemade soundtrack made on a tape deck he carries with him is just a cherry on the top.

Amid “heated gamer moments” and demonic possession, Deadstream delivers a tight, delightful experience watching an internet celebrity battle otherworldly evil. No matter who wins, so do we.