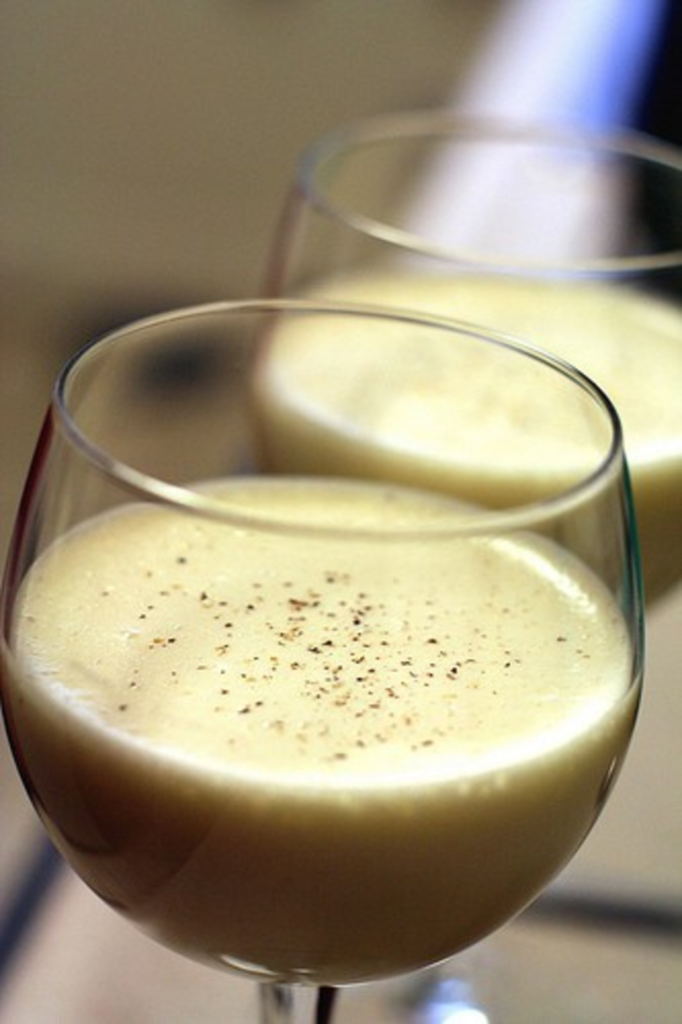 Whatever novelty drink you had planned to for ringing in the New Year — shelve it. This is the year to try flaming egg nog. The concept is the same as a volcano bowl or any other flaming drink you’ve had at a Chinese restaurant or friendly dive bar.

Your flame comes from the use of 151-proof rum, which in its non-lit form tastes like something that should be flammable. But because rum is a natural addition to a glass of egg nog, 151-proof rum is not as harsh as it might be in other drinks. Especially if most of your rum flavor is derived from a spiced rum, such as Kilo Kai Spiced Rum from Chicago. With caramel flavors and hints of nutmeg and cinnamon, it would go well with eggnog.

Also keep in mind you only want to use the 151 as the finishing coup de grace — a 1/2 ounce or whatever amount covers the top of your drink evenly. It can then be lit with a long wooden kitchen match for effect.