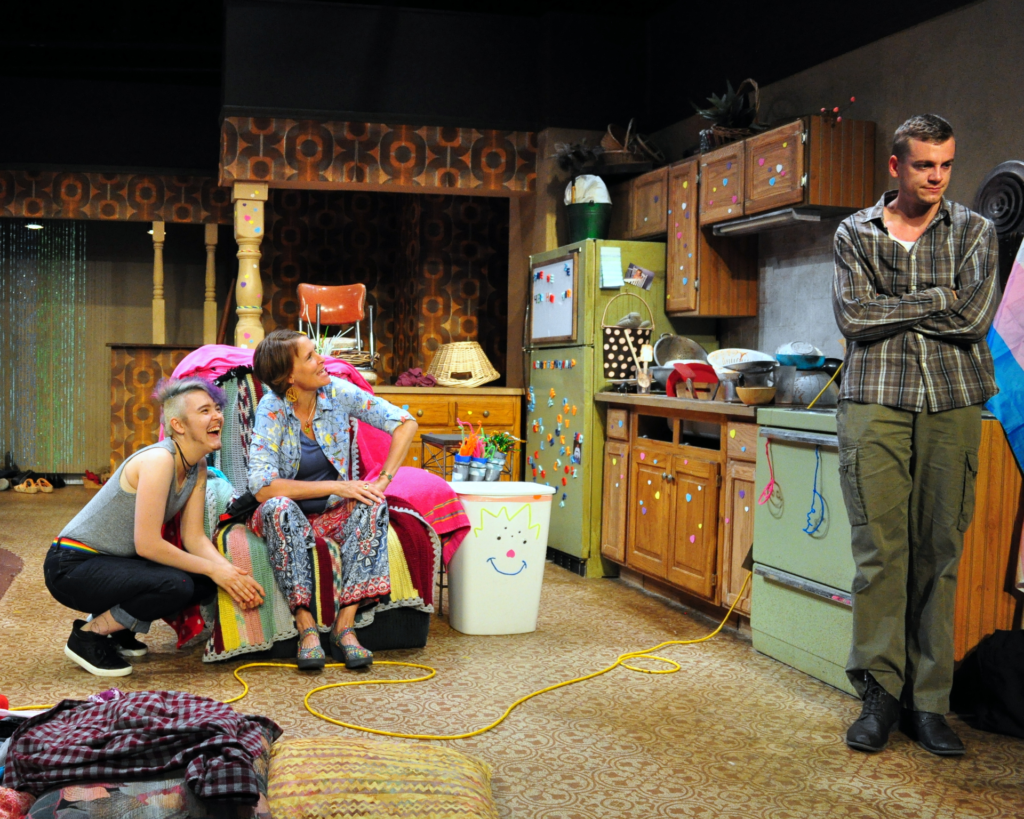 There’s a common trope in fictional works about transgender characters: the “anchor man” dropped in to make dazed cisgender folk feel more comfortable. You know the type: the well-intentioned but not-quite-with-it friend or relative who thinks this is all just happening a little fast, you know?

About 10 minutes into Hir, the Unicorn Theatre’s season-ending stunner on family and gender, I knew I was in for a ride. I knew that because the “anchor man” in Hir is a violent-tempered Marine who was dishonorably discharged for blowing meth up his ass with a straw.

Hir — impeccably directed by Ian R. Crawford — follows that Marine as he attempts to transition from the order of military life back into a family that treats chaos as an ethos. It is one of the darkest comedies you’ll see this year.

Playwright Taylor Mac has crafted a tight, wholly original script that races with a manic, magnetic energy. The play opens with Isaac Connor’s return home from the war in Iraq, where he served in Mortuary Affairs. But the home he returns to isn’t the home he left. His abusive father, Arnold, has had a debilitating stroke. His mother, Paige, has seized control, slathering Arnold’s face in clown makeup, force-feeding him estrogen pills, and spritzing him with a holstered spray bottle when he misbehaves. And Isaac’s sister, Maxine, is now his transmasculine sibling, Max, who uses the pronouns “ze” and “hir.” 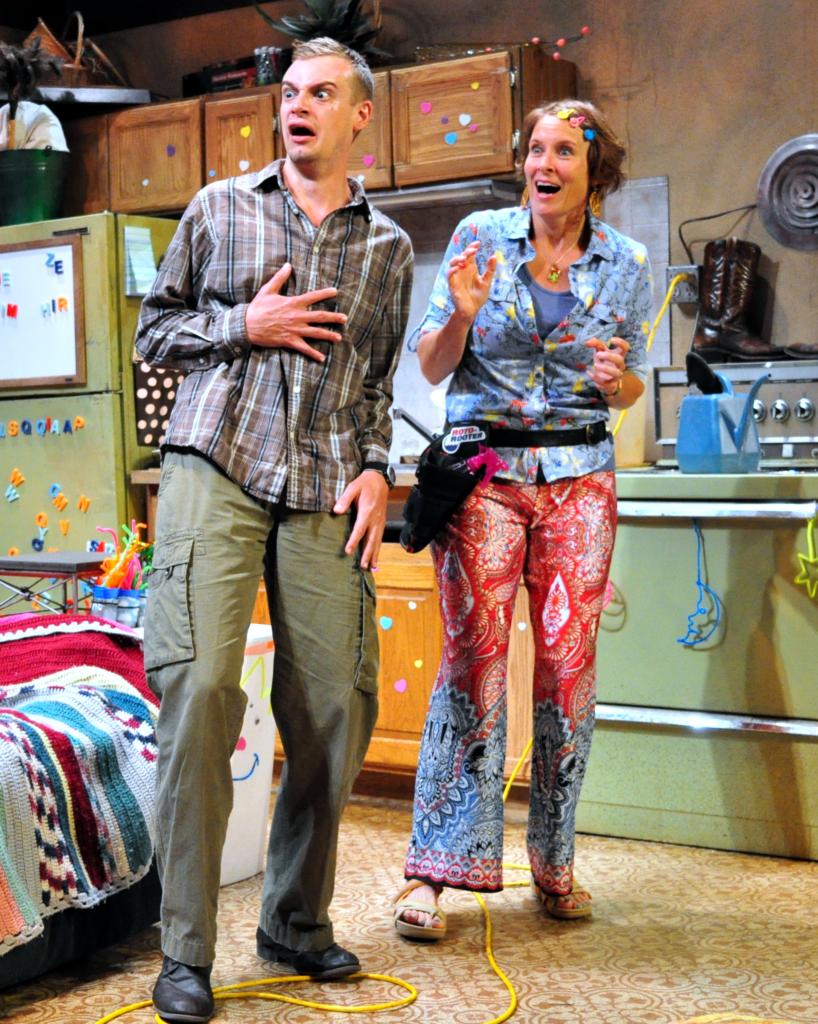 Carla Noack is pitch-perfect as Paige, a bundle of overexcited neuroses tamed into Groovy Mom Voice. Ahafia Jurkiewicz-Miles is relatable as Max, a sulky teen forced to grow up too quickly and shoulder responsibilities beyond hir years. And Sam Cordes is perfectly cast as Isaac, embodying tension and tenderness with equal aplomb.

Then there’s Phil Fiorini as Arnold, who devotes himself to the role to a disturbing degree. He shuffles around the stage, holding his penis like a security blanket; he grunts, spittle dribbling from his mouth like a jowly St. Bernard. Credit to Fiorni for his commitment to verisimilitude; extra credit to Hir’s run crew for mopping up a man-made pool of saliva each night.

Let me pile on more accolades: to sound designer David Kiehl, for impeccably balanced ambient effects. To costumer Sarah M. Oliver, whose designs for Paige are as whimsical as her designs for Isaac are sedate. To scenic designer Gary Mosby for one of the most careful and detailed sets I’ve seen to date. (An electrical panel! An exhaust fan! Grease-grimed, 1970s-issue wallpaper borders!)

Hir is pure theatrical surprise, impishly dark but rarely mean-spirited. Characters behave badly based on largely good intentions. Few go unpunished for their crimes. With the dubious exception of Max, who has flaws of hir own, the Connors are broken people trying to rebuild in all the wrong ways.

They’re irritating when they’re right. They’re sympathetic when they shouldn’t be. And as Paige would say, they’re part of a “PARADIGM SHIIIIIIIFT.” Don’t miss this show.