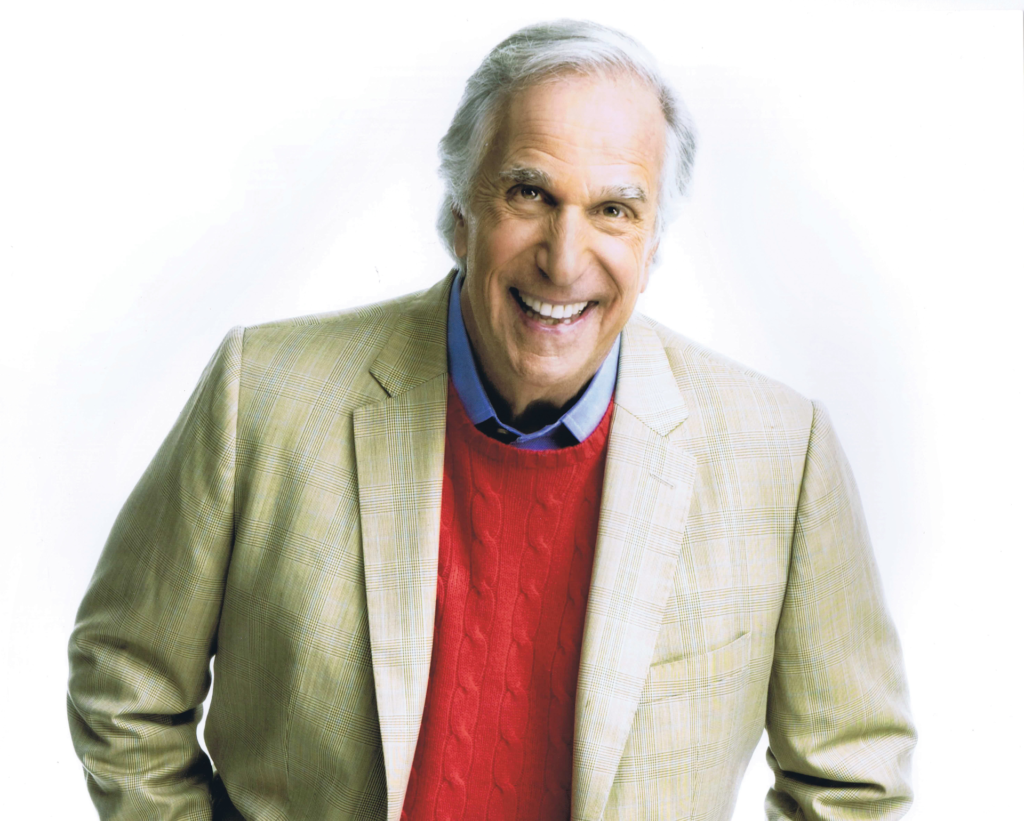 Henry Winkler sounds upbeat, and he’s got several reasons to be. The man formerly known as The Fonz is enjoying a late-career renaissance: as the hilariously maladroit attorney Barry Zuckerkorn on Arrested Development, and more recently stealing the show as Bill Hader’s loopy acting teacher on HBO’s Barry. (Winkler himself is a graduate of the Yale School of Drama.) He’s even back executive-producing a MacGyver reboot.

Winkler will also be in Kansas City this week, where he’ll be meeting fans and signing autographs at the 20th annual Planet Comicon at Bartle Hall from March 29 through March 31. While he isn’t known for comic book roles or having superpowers (unless you count Fonzie’s ability to fix machines by simply knocking them), Winkler has overcome some obstacles that would make Spider-Man or the Hulk bow in admiration. We chatted recently about some of that.

The Pitch: Although you’ve had a long career, it’s interesting to be talking with you now because you’ve just won your first Primetime Emmy for Barry.

I had a dream when I was seven, and I am now 73 years old, and I’m still living my dream, and I must say I’m one of the lucky ones. There are men my age that are still waiting by the phone, or they’ve put the phone in the closet and stopped waiting. I’m just having this incredible moment in my life. I was only supposed to do an episode or two for Arrested Development, and I stayed for five years. I was only supposed to do an episode for Parks and Recreation, and I stayed for three years. And here I am on this incredible show Barry, which will start again in the spring. Comicons are incredible I bring my children’s books. I bring photographs. I have a few Better Late Than Never hats. I love meeting the people who watch me.

Haven’t you played a character in an animated Batman series?

Yes. I played the Bug, or something like this. I have a cell of it. I have a picture of the character, who’s in much better shape than I am, but I’ve never seen the show. 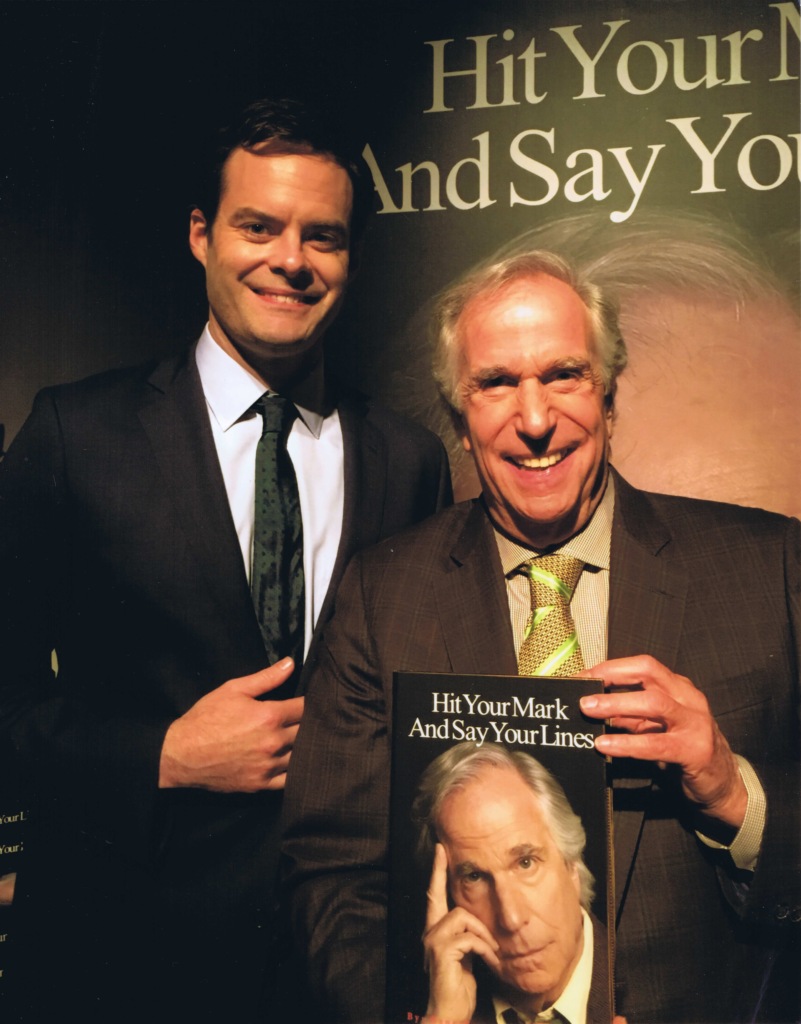 Have you had any acting teachers like Gene Cousineau, whom you play in Barry with Bill Hader?

I’ve had some in college and graduate school. I went the Yale School of Drama, and combined I have 14 or 15 teachers through the years. I’ve heard about teachers from other actors. I’ve done research about a teacher here in L.A. who ran a big school. I combined them all and put them in my imagination, and out popped Gene Cousineau. Cousineau, by the way, is the name of the woman, the doctor, who delivered Bill Hader’s three daughters.

From listening to an interview with him on Marc Maron, I understand the character changed as the show developed.

When they wrote it, [Gene] was kind of a mean, uncaring charlatan, and as they watched me play it, they started to write to me. They said, “Oh, he could be that way also.” I think he became a little softer, a tad bit warmer. It was not just, “If you can pay in cash, on time, you are an artist.” This year I make them work for looking for what defines them as an actor.

That is also true. He was tall and tough and just like a gang member. As I played him, [creator] Garry [Marshall] and the writers saw that he could also be really tough, but with a heart.

He was the opposite of wimpy, but he was the perfect person to have your back.

He’s become so much a part of our culture. I’ve actually been to see the “Bronze Fonz” in Milwaukee.

Someone just sent me a picture of the “Bronze Fonz,” and they put a scarf around him because it was so cold in Milwaukee.

I discovered the statue because you showed it on Twitter.

I like Twitter. It calms me down on the set when it gets really tense, or the scene gets tense. I just enjoy it. I really do. I like reading other people’s Twitter, and it’s sometimes fun to put a tweet up.

You’ve recently been part of a death hoax, and Twitter was a way of letting people know that you were both alive and three years younger than the hoaxes said you were.

Yes, really. My daughter called me and wanted to know what was going on. And I said, “No. I’m still here.” I don’t have Instagram. I don’t have any other social media, except for Twitter. So, I never saw the death hoax until somebody on Twitter said, “Is this true?” I never saw the original. You know, it happened once before in the ‘70s. Someone called my parents in New York and asked if I was still alive. Of course, my parents never changed my number, and it was in the phone book. So that was kind of a shock.

MacGyver has also become a cultural touchstone, and you produced it.

And now MacGyver is back and a big hit. It’s a wonderful. When I was doing Happy Days, part of my compensation was a production company with ABC. And I had on-the air commitments. I think I had two. So, if I brought them a show that they liked, they had to put it on the air. And one of the shows I brought them was MacGyver. We created it. We sold it. We ran the show. I had a partner at the time, John Rich. It was on Sunday night after Sunday Night Football, and we would edit it on Saturday night until 3 a.m. The technical term is that we sent it out “wet” because it was just finished in time to get it on the air.

And now a man named Peter Lenkov runs the show, and I get to sit with him and edit once in a while.

Like a lot of the heroes at Comicon, you’ve had a struggle of your own. You’ve been public about living with dyslexia.

That’s right. All my books, the 28 novels of Hank Zipzer, the last one just came out. The very last one called Everybody Is Somebody, and it deals with a little boy named Hank, short for Henry, who is dyslexic. He’s in the second grade. He doesn’t know it. He’s just confused and in the fourth and the fifth and the sixth grade, and he finds out that he has a problem.

It’s important to note that the condition has no bearing on intelligence. Gen. George S. “Ol’ Blood and Guts” Patton was dyslexic and was a brilliant strategist.

Right. That’s what I tell every child, especially every one that comes to the table at the Comicon — that how you learn has nothing to do with how brilliant you are.

So how do you handle scripts?

Not easily. I have to work harder, but it’s something I want to do, so I make the accommodation. I have to read it slower and longer, but I’m able to memorize pretty well and pretty quickly so that really helps.

Your partner in the travel series Better Late Than Never, William Shatner, will be at Planet Comicon as well.

Yes, and he is so wonderful. We traveled all over the world together. It was one of the great jobs in my career, not only to travel with these wonderful other people, but also to witness these extraordinary events, the food, the glorious people. We’re all the same. We just speak a different language.

You got to get in touch with your roots in Germany through the show. Your family fled the Nazis.

That was amazing because I was not prepared for the emotionality of that.

There was a plaque with your family name on it.

That was my uncle, who I never met. That was something to look down and see that. That’s what spurred on the emotionality.

Have you been to KC before?

Many times. Many times. There’s a man on the radio by the name of Johnny Dare, and I talk to Johnny maybe six times a year. We have the greatest conversations. He is a humanist. We talk about everything and anything. And I hope we will continue doing that. He is just so much fun to chat with.