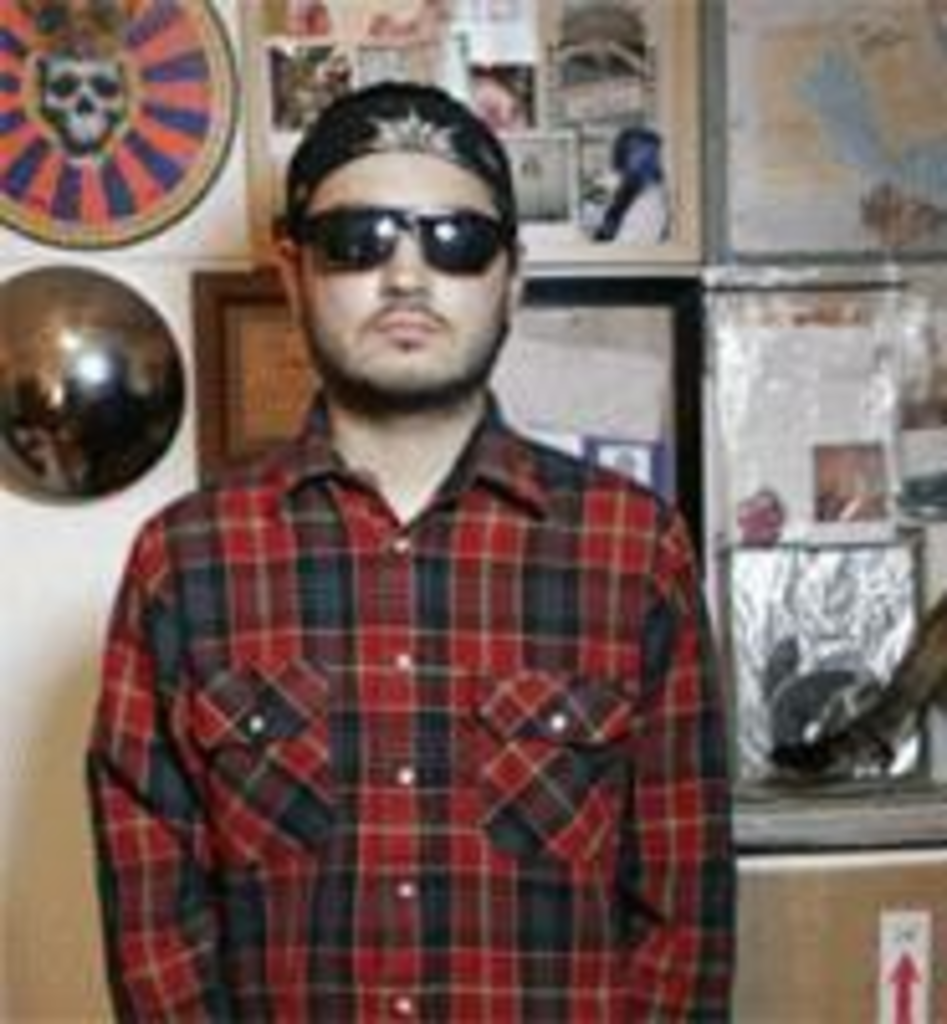 It won’t overtake the place of the ridiculously longstanding “Save a Horse, Ride a Cowboy” in club rotation, and it won’t be found on even the most discerning pub’s jukebox. But Symbol Heavy‘s Vol. 1 will change the way every producer and DJ within earshot thinks about his or her craft.

Luke Rocha, who works under the moniker Topp Boom, is the man behind Symbol Heavy. The 26-year-old artist, producer and fledgling record-label owner runs his imprint more like a think tank than like an album distributor. Its membership includes DJs, producers, artists and lyricists who work interchangeably, combining vintage funk and soul rhythms, dated vocal samples and fluid rhymes into a psychedelic hip-hop variety show. Vol. 1, the label’s most proper album to date, showcases the majority of its growing roster’s solo and collaborative projects.

Most of the disc’s 38 tracks clock in around one minute. The album plays as a series of diverse sonic environments that dissolve or halt before they become repetitive. Offerings such as Beatbroker’s “Grove” and “Rain Check” ooze with blaxploitation bass lines, and M. Barnacle’s abrasive, sexually charged production on “Tunnel of Love” and “Smell of Leather” sizzles over nasty sound bites.

Much of the album is instrumental, but local MCs Brother of Moses (of the Deep Thinkers) and Negro Scoe — who displays the verbal dexterity of Del Tha Funkee Homosapien — keep things from getting too avant-garde. The two exchange battle-style verses over a tongue-twisting hook on “Flemsy,” then slow down to address Kansas City’s growing homicide rate with “474-TIPS.”

The producers achieved their vintage sound by keeping computers out of the mixing process. “I dabble with instruments here and there, but I’m most comfortable with my drum machine-sampler,” Rocha says. “Then it all goes into my Yamaha 4-track. Pretty primitive, I guess, compared to today’s standards.”

But there’s more to Symbol Heavy than just beats and rhymes. Rocha calls the collective “a group of individuals with the same passion and drive to make music with visuals.” He adds, “We work like the KC version of Andy Warhol’s Factory.”

Symbol Heavy first came together three years ago in Boston. Rocha had just dropped out of the Art Institute of Colorado and had begun slapping his homemade hammer-and-crank logo on a collaborative project called Fiddleback. They produced a concept album that he describes as a mock horror-movie soundtrack about a brown recluse spider.

He moved back to Kansas City a year later and quickly found interest in turning Symbol Heavy into a home not only for musicians but also for artists. Rocha’s own artwork has been published in magazines such as Wax Poetics and Riot. And unlike most stereotypical takes on the hip-hop art world, his methods don’t involve bombing walls with spray paint.

Rocha’s art mixes photography and thought-provoking imagery, placing human faces and figures at the center of many of his works.

“I don’t use computers,” he says. “Not to knock anyone who does. I just think it would take away the feeling of my work. I’m a cut-and-paste artist — not too far from how I make music.”

His work has graced the covers of local releases from Deep Thinkers, Archetype, Blackout Gorgeous and the Architects. “One of the reasons I started making music is so I could make album covers and come up with label logos,” he says.

But with music culture shifting to the Internet, Rocha fears that art is getting lost in the shuffle.

“I remember anticipating albums from certain labels and walking to the record store, dropping the needle and reading the liner notes and observing the artwork,” he says. “That’s what we want to bring back. The art of the album.”

The new CD’s cover features a collage of photos of characters from the late ’70s and early ’80s, seemingly entranced by a soaring, menacing human figure with a crow’s head and golden wings.

“I want my audience to be as much across the board as the people on the album cover are,” Rocha says. “It’s an ode to early, classic hip-hop, when groups wore costumes and weren’t afraid to take chances or look silly.”

Boyd Pro, a producer who acts as Symbol Heavy’s co-CEO, realizes the challenge in marketing music that is as much for the eyes as it is for the ears. “You rarely hear a song from a local artist on the radio,” he says. “People can’t get behind something if they don’t hear it. Most of the stuff from Symbol Heavy isn’t really radio-friendly, though.”

Still, the group presses on, keeping various day jobs to support the music habit. “Some of us get paid slangin’ artwork,” Pro says. “Some of us have not so cool day jobs. All of us have to grind.”