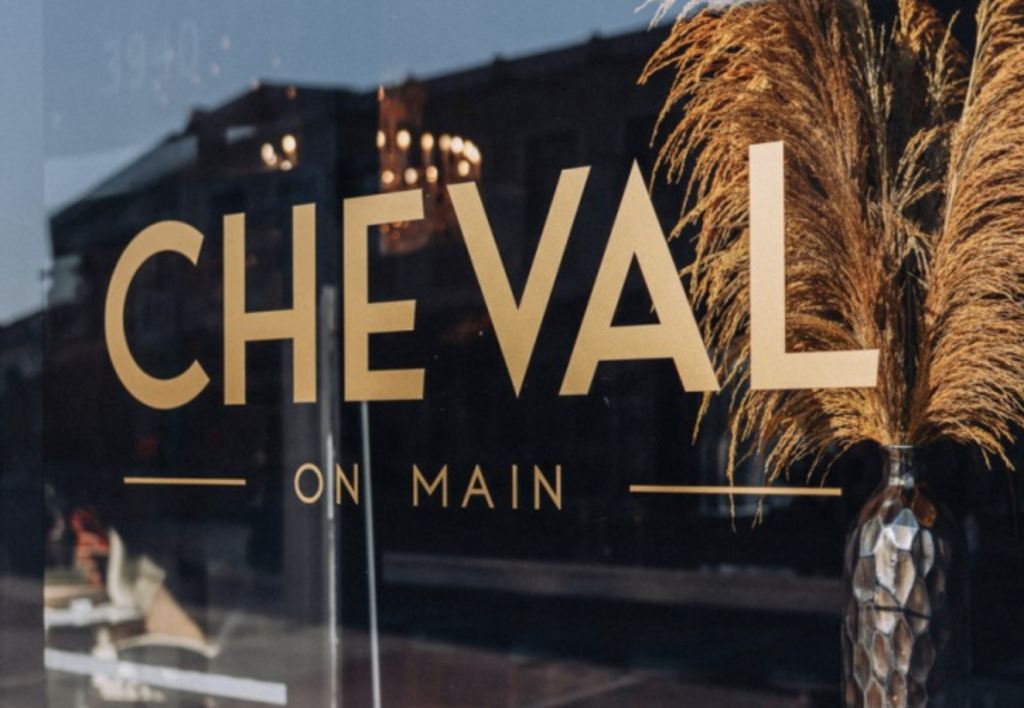 If you’re on the lookout for some effortless elegance, Heather White’s catalog of bars and restaurants is always a good option. She opened and helped operate The Russell for years (though she’s no longer involved), and more recently opened the doors to the Euro-inspired Tailleur.

Her newest location, Cheval, just opened across the street from Tailleur as a sister establishment, with a focus on cocktails, wine, and small plates.

“We started noticing that guests with reservations at Tailleur would arrive early, hoping to grab a drink at the bar and chat before their meal,” White says. “We just didn’t have room for them! I had to send them down the street to other cocktail bars.” Instead of sitting back and lamenting, White did what she always does—she came up with a no-brainer of a solution.

She wanted Cheval to be a place guests could enjoy before or after their meal at Tailleur, but anyone is welcome to take a seat—there are no reservations.

As soon as you step inside, you can see White’s style. It’s filled with a wide variety of antiques and vintage items, with lots of black and gold—it draws a lot of inspiration from the style of The Great Gatsby. 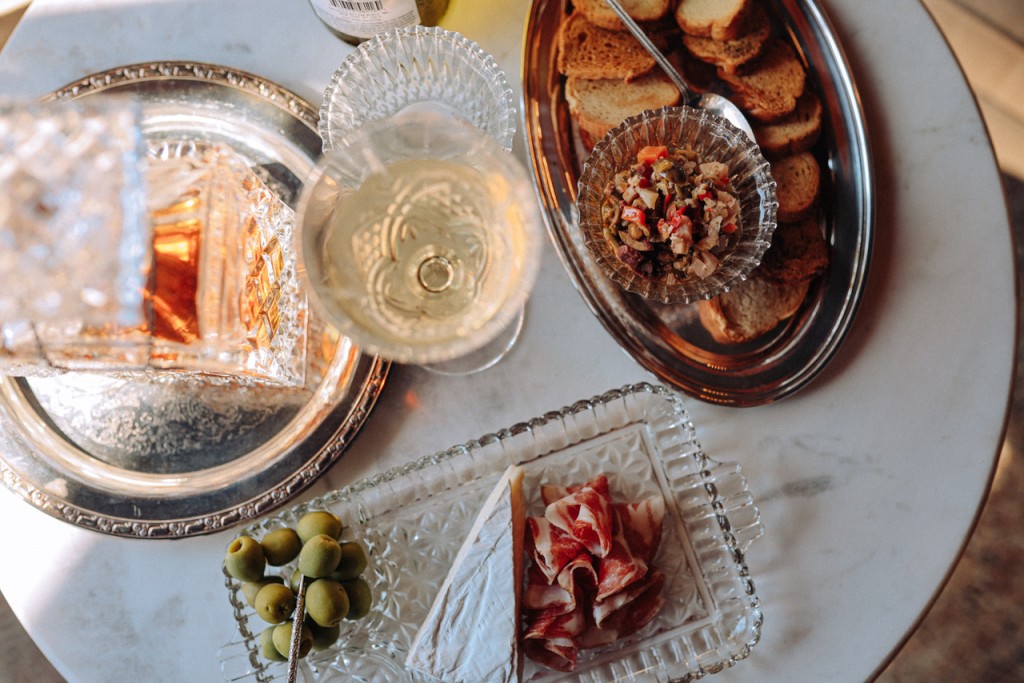 Behind the bar, you’ll find Katie and Erick, two of White’s servers at Tailleur who wanted to expand their roles. They’ve worked together to create an inspired cocktail menu that riffs on the classics.

Whiskey lovers will want to try their hands at the Pre-Prohibition Old Fashioned—a damn solid sipper that goes down way smoother than it has any right to.

If you head to Cheval after your meal, the Coffee & Cigarettes is White’s hand-picked poison. It’s essentially an espresso martini, but it uses mezcal as its base spirit and has a nice bite of citrus to brighten up the espresso. 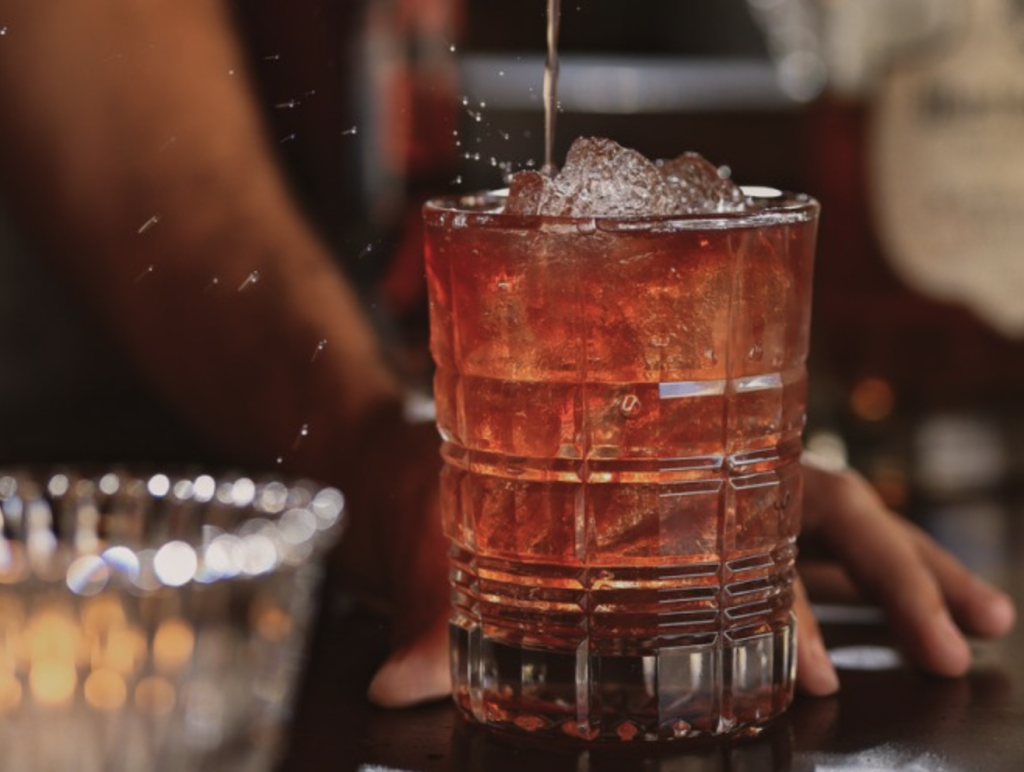 In addition to the high-end but approachable cocktail menu, another central philosophy of Cheval is to give guests unique wine options. “Guests can struggle with wine lists,” White says. “Too many places make it difficult to try things. If you don’t already know what you’re ordering, dropping over $100 on a bottle is a tough sell.”

It’s a lot easier to try something completely out of the blue if you’re only ordering a single glass, after all.

With all these boozy concoctions at your disposal, you’ll probably want something to eat. Cheval has a few “snacks for the table” to order, like meats, cheeses, and olives. It definitely isn’t a restaurant, so make sure you’ve got an idea of where you’re going to get something solid in your system—those Old Fashioneds are strong. 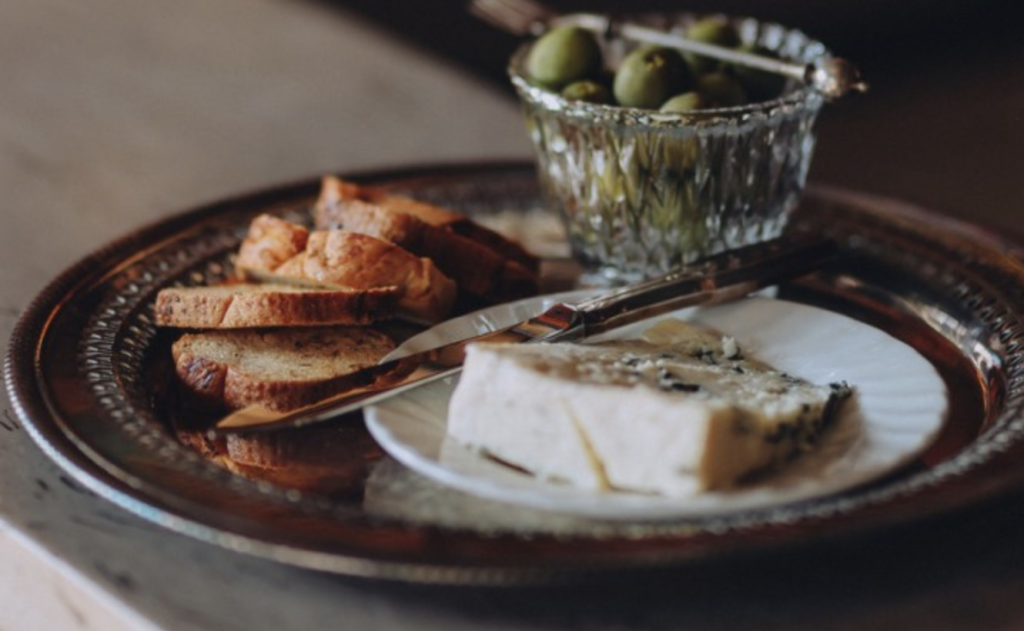 Originally, Cheval was going to have more food options, as it was going to house a bakery. Always looking towards the future, White decided to split those concepts. Now that Cheval has officially opened, she can concentrate on Enchante—a bakery and European market that she plans on opening later this year. As you’d expect, Enchante will open its doors just a few steps away from Tailleur and Cheval.

An intimate but vibrant space with primo cocktails and funky wines—what more could you ask for?