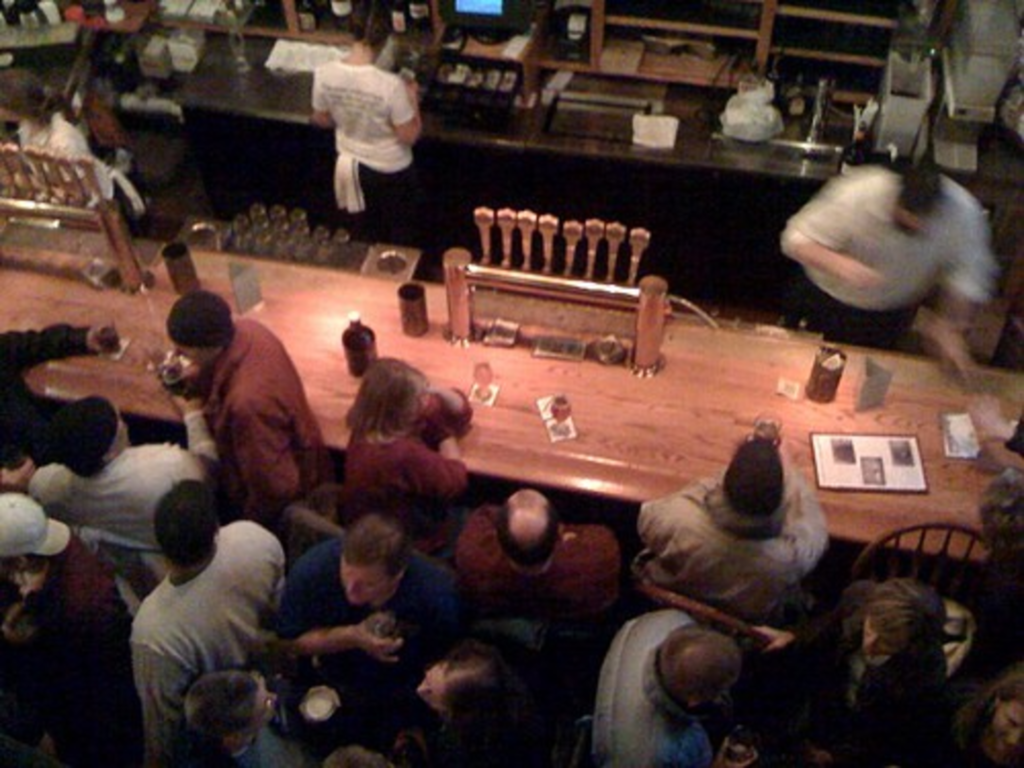 Twenty years ago today, Free State Brewery opened its doors to became the first legal brewery in the state of Kansas in more than 100 years. Since 1989 it’s become known statewide for its fabulous craft beers like John Brown ale and Copperhead pale ale and its brew-pub food, including fish and chips.

To celebrate, Free State is running a special for lucky bastards also born on this day. Normally I don’t call people bastards on their birthday but if you were born on February 23 then Free State is offering a clever deal: “Let us know it’s your birthday too, show us the date on your driver’s

license (or similar ID) and we’ll discount your age from your bill. If

It gets better when you realize that by “your bill,” Free State means your entire table’s bill. Due to one of those goofy archaic Kansas laws, the brewery can’t offer a discount on liquor to just one person so it has to give it to everybody you’re with. (Even if your family and peer group consists of no one born the 23rd,

Free State offers $1.75 pints on selected beers every Monday to anyone.

Copperhead and the just-as-delicious oatmeal stout.)

If you happen to know Dakota Fanning or Michael Dell then you might want to give them a call because it’s their birthday today, too.