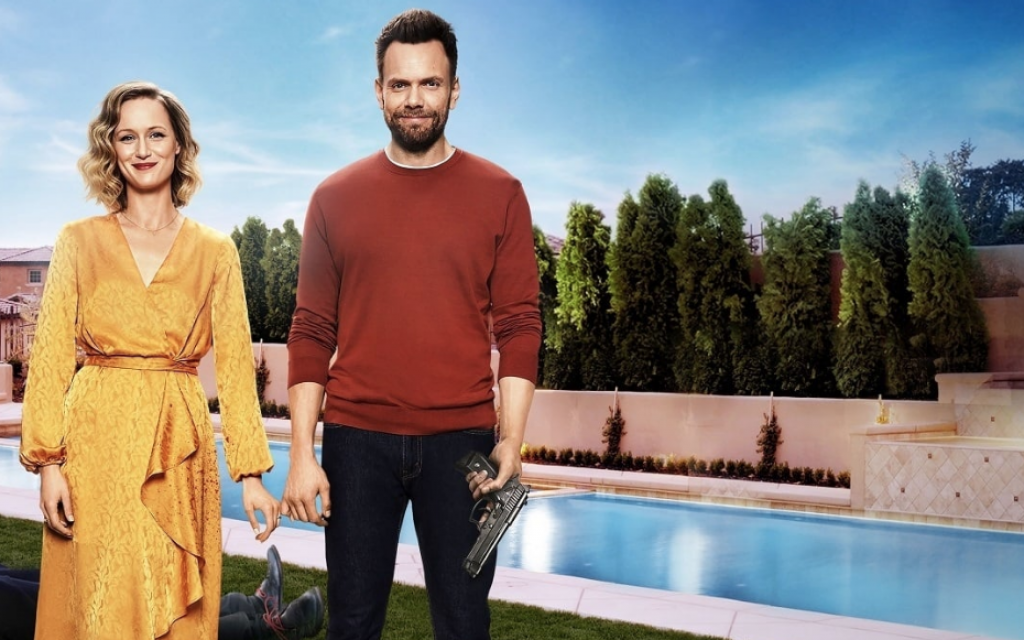 Happily is an odd duck. The kind of film that will spurn the advances of so many of my friends, yet land too close to home for others. It’s almost toxic, except for a specific brand of folks in relationships who can only see it as aspirational; and a different set that will love it for the satire reeking from its pores.

It’s not just annoying. It’s almost alien. No one should have a relationship this consistently hot and heavy. The concept of emotional diminishing returns is a part of human survival instinct—you’re supposed to let this shit fade. But for some reason, Tom and Janet don’t.

And their friends cannot fucking stand it. (Entirely understandable.)

Before a couples-friend-group escape weekend, Tom and Janet are visited by… a dude. More specifically, a Man in Black. He explains that there’s accidentally been a mistake. They were supposed to be cured of the error in their programming that allowed them to be this happy in marriage. He has a cure that can help them move beyond this—to the normal, and to stop annoying their friends.

They kill the Man in Black. Bury him in the woods. And then go to this friends escape weekend, with the plan to figure out who set them up for government targeting—amid their friend group of total fuck-ups. This ensemble cast of character actors proceeds to drive an unforgettable experiment into romantic resentment and the masks we wear.

Happily does relationship satire without the toxic twist behind attacking happiness, but rather recognizing its rarity and how exceptional it can be. It’s a rom-com horror sci-fi with nothing but sincerity and genuine intent behind it. A must-watch.