Gov. Parson announces Missouri will allow all businesses to open with no social gathering limits 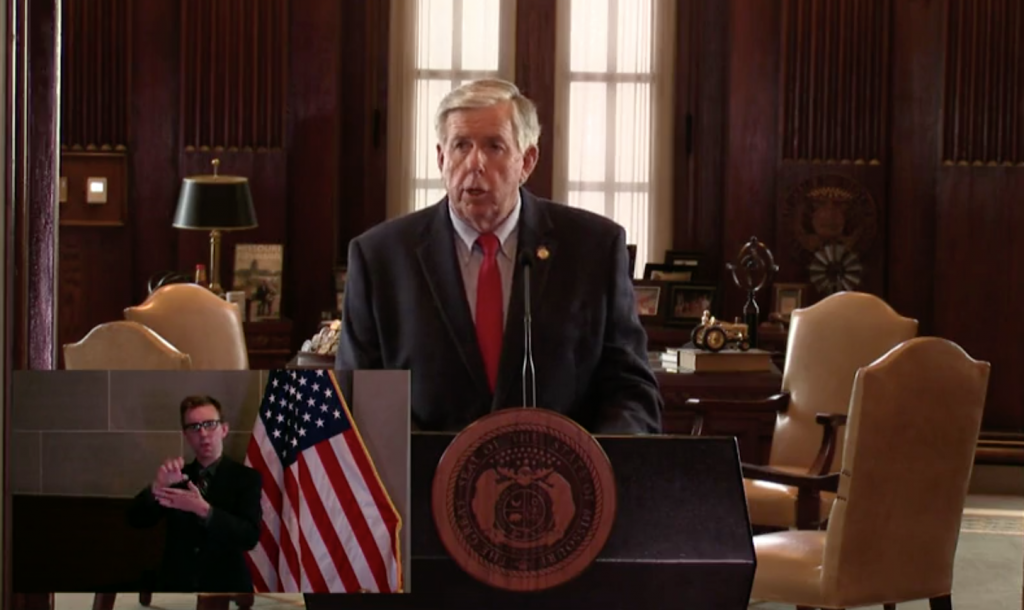 On the same day that 174 new cases of COVID-19 were reported in Missouri, Governor Mike Parson has announced his plan to lift all statewide sanctions on personnel and businesses.

In a news conference at 3 pm, Parson said the first phase of the reopening plan will not place limits on social gatherings and will allow all businesses to open as long as social distancing guidelines are met. This is the mandate that people remain six feet apart from each other.

The Governor has stated that this is the first phase of two phases, with the second phase being the removal of the remaining restrictions.

“Our plan is deliberate and data-driven with two initial phases intended to protect those most at risk of exposure to COVID-19 while returning Missouri to a new normal,” Parson said in a statement. “While we must be prepared for a slow and steady road to recovery, we are positive about the future and confident that we will come back stronger than ever before.”

The declaration may be read here in its entirety.

The order follows much of the wording that can be seen coming out of Georgia and Texas, such as limiting all businesses to 25% of normal occupancy– a thinly enforceable standard, at best.

As part of the news conference, no plan for increasing testing was outlined in detail. This included any tracking for front-line workers; those most at risk. The Governor also said that the data showed a downward trajectory on cases, despite data readily available on official government tracking sites. As of Friday, there was no statewide unifed tracking program in place.

We are currently doing approximately 300 tests per-day, according to representatives from Missouri’s health department. The population of Missouri is over 6 million. Rural parts of the state desperately lack in medical coverage and are almost assuredly put in the highest amount of danger.  St. Louis has insisted it will not reopen until the state can provide at least 3,000 tests per day.

Parson claims that hospitals in Missouri should have the capacity to handle a “hotspot outbreak” should one arise.

The “Show Me Strong Recovery Plan” claims that these phases have been dictated by data, although no such positive trends nor flattening of the curve has been proven. Nor has testing been adequate to evaluate statewide data.

This removal of stay-at-home orders opens the door for employers to insist that employees return to work, or risk being fired, as we saw during the beginning of the outbreak.

The University of Washington’s Institute for Health Metrics and Evaluation, or “IHME”, has projections for lifting restrictions based on a specific criteria: What is the maximum number of new infections that states could handle with their current testing and contact tracing capacity? For Missouri, their earliest safe day is June 10th. Kansas, that date would be June 21st.

May 4th is the date that Missouri’s statewide order is lifted. Mayor Quinton Lucas’ order for KC to remain in stay-at-home until May 15th currently stands, but will not be extended. 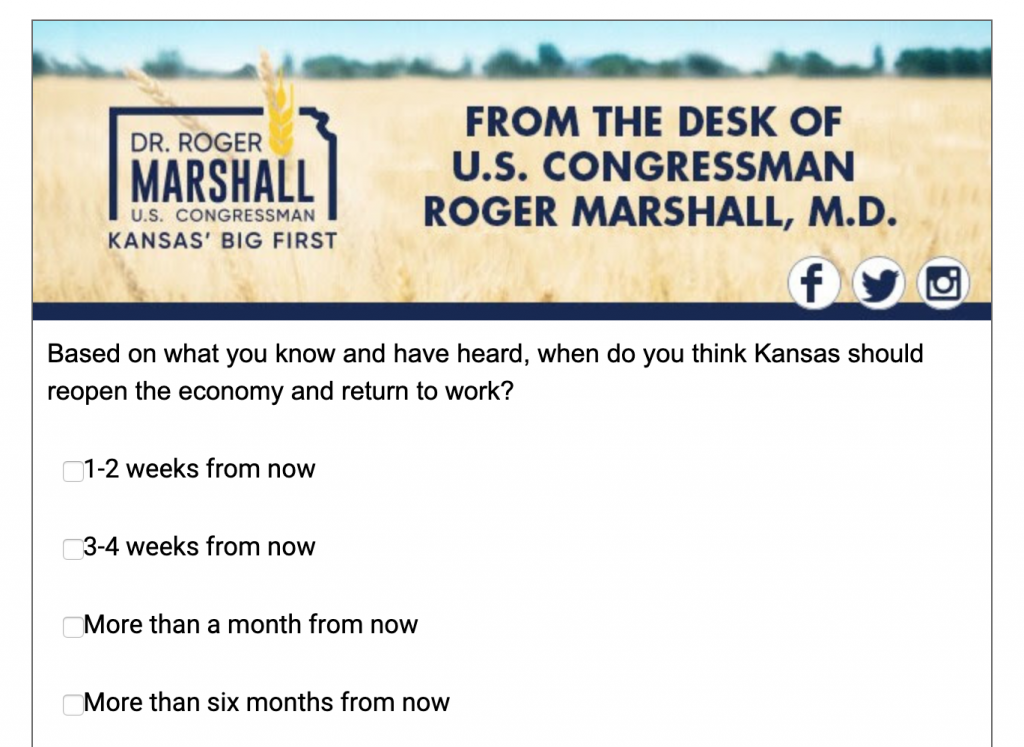 In Kansas, Republican Congressman Roger Marshall has continued to poll the electorate about when they would like to “open up the economy.” Marshall is, himself, a medical doctor. Who probably knows that dealing with a pandemic is best done with data sets and not with political pandering to his base.

Just because it is no longer illegal to gather in large groups, does not mean that you should do so. Please be smarter than this.

We will update this piece if more data becomes available, or if the Governor’s office chooses to expand upon this new ruling.