"Remember as you watch the film: One day, you will be old." 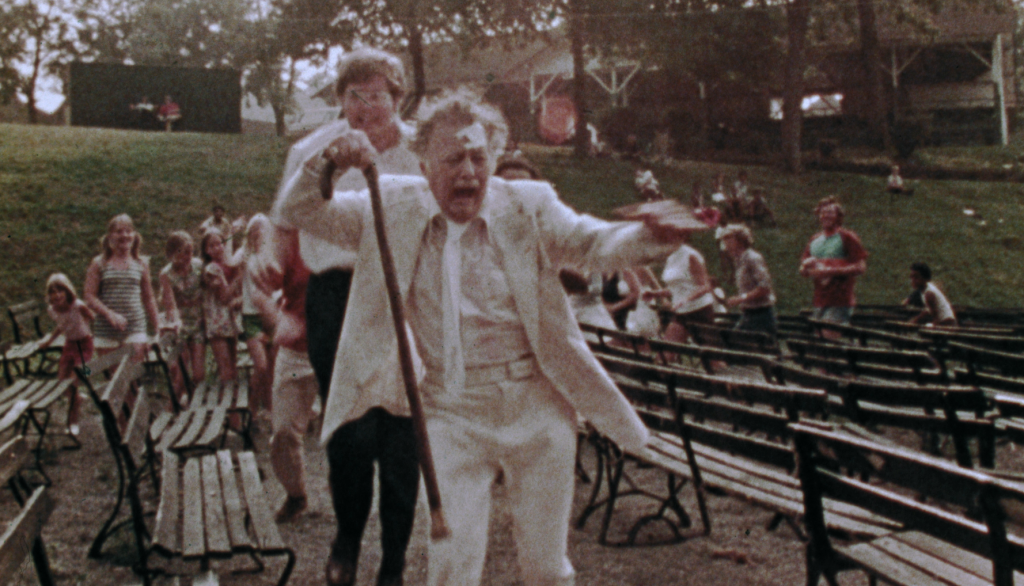 We open on a direct address to camera from the film’s star—aging actor Lincoln Maazel. For several minutes, Maazel discusses the many ways society discriminates against the elderly. As he talks, he walks through an abandoned amusement park. There’s an explanation of the film that we’re about to see that you’d expect from anyone setting the stage for a documentary. Volunteers from the community will be staging a show that relies, not on acting, but on them simply being themselves. The youth will go about their day with the elderly riding the various rides alongside them—as perhaps a list ditch effort at excitement with their limited days remaining.

It has all the trappings of a high-concept Errol Morris production. To show how the youth and wasting their, y’know, youth. The day will be documented to show the difference between the energy and foolish thrills of teens and the stark contrast in the participation of aging Americans—set within the confines of a location engineered to guarantee that all those who paid entry will experience the maximum amount of joy.

Welcome to The Amusement Park.

But from the earliest moments of the film proper, you can tell that we’ve taken a terrible veer into the realm of the macabre. And the biggest veer of all isn’t even the tone of the waking nightmare that follows; but rather the movie itself.

In 1973 Pittsburg, the young local filmmaker George A. Romero had been hired for a gig by a local Lutherans’ religious organization. They wanted this man with a camera to produce a sort of PSA about the difficulties of being senior citizen in the early 70s, and thought that Romero would do a fine job—apparently having never seen his film Night of the Living Dead from five years previous.

Romero took the job and made… well, a George A. Romero film. When he screened it for the Lutheran Service Society of Western Pennsylvania, they were so horrified that they refused to ever release it. And that’s why you’ve never heard of it.

The zombie master’s aging allegory hallucinogenic shit-show wound up, itself, aging on a shelf for almost 50 years. The film was recently completed and restored to 4K by Romeo’s widow (Suzanne Desrocher-Romero) in association with IndieCollect, after the film was discovered on the shelf where it had been buried from society all those years ago.

Yes, there’s something wildly poetic about a George Romero film returning from the grave. Equally proper is just how much bite it has brought back with it. The church group hiring a young filmmaker on spec didn’t realize they’d employed one of the most politically cynical creators of his generation.

After the explanatory introduction, what follows is an hour of visual and auditory assault via a series of episodic sequences, exploring society’s emotional, fiscal, physical, mental, and bureaucratic abuse of our older citizens.

Much like me in high school, Romero in no way stuck to the tone of his homework essay. But you cannot deny that he stuck to the technical terms of the assignment. Many of my teachers were also Lutherans, so I think Romero is probably familiar with the faces my work was met with as well.

The Amusement Park finally comes to the public on June 8 via Shudder. I had expected that it would be the kind of film whose cult history overshadowed the material itself, but this early Romero is truly a rollercoaster all on its own.