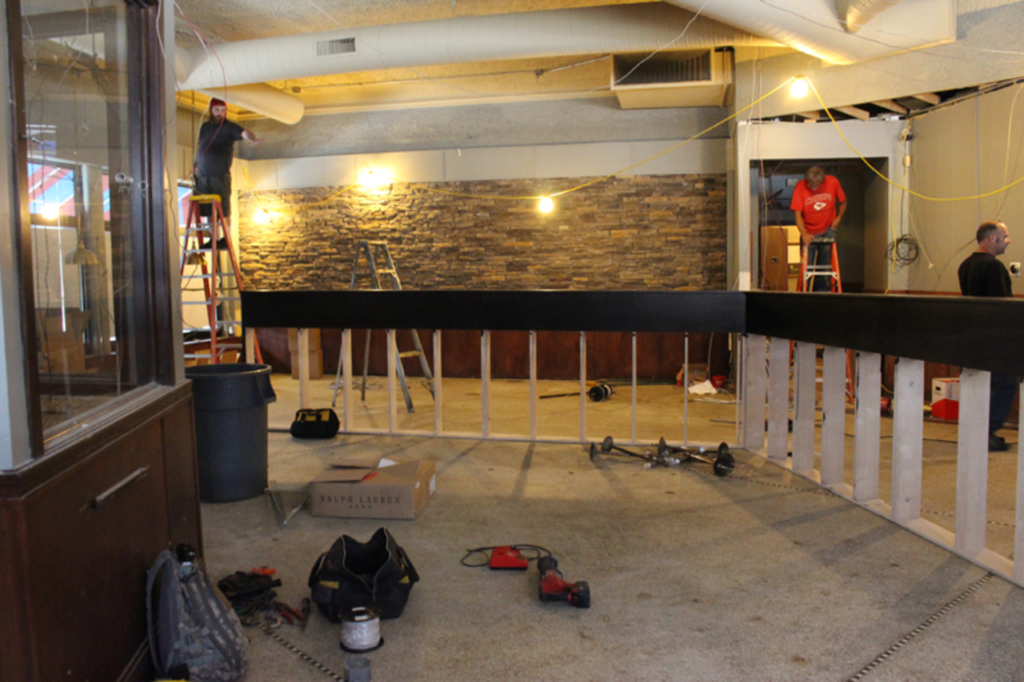 Restaurateur Forbes Cross doesn’t need to tell you about the electrical fire that nearly destroyed his three-year-old restaurant, Michael Forbes Bar & Grille (128 West 63rd Street). He can show it to you.

“It was all captured on videotape,” Cross says. I have cameras in the basement, in the bar, in the dining room. It’s fascinating to watch. You can see, on the tape, that at about 11 p.m. on Wednesday, April 22, a breaker in the electrical panel in the basement didn’t switch off. Suddenly, there’s an electric arc firing off, and the basement starts filling with smoke. The electrical panel was melting. Sparks were flying. It’s like a bad horror movie.”

Minutes afterward, the dining-room camera captured the dining room filling with smoke. By this time, the remaining patrons in the bar started smelling smoke — “Our alarm system had already notified the fire department,” Cross says — and the bartender had called Cross at home. He was asleep.

“I got to the restaurant at 11:15 p.m., and there were already six fire trucks there,” Cross says.

The day after the fire, as he was assessing the damage in his restaurant, Cross told The Pitch that he predicted he would be open again by June.

That turned out to be optimistic. Cross has now set September 28 for the reopening of Michael Forbes Grille — and it will look quite a bit different from the space that suffered the April fire.

Cross hired a crew to rip out the booths (which date back to this location’s previous tenant, Sharp’s 63rd Street Grill) and the carpet, among other fixtures, and the workers made an interesting discovery when removing the panels of the 1980s-era drop ceiling. There was another ceiling a few feet above that — and another beyond that: the original plaster ceiling from 1920. The renovated restaurant takes advantage of this, adding some 4 feet of height to the room and allowing new Ralph Lauren chandeliers in the dining room.

The new lighting illuminates another discovery that Cross made after the booths were taken out.

“These are the original terrazzo floors,” Cross says, pointing to the unpolished, classic marble-chip-aggregate surface. “They date back to when this building first opened, in 1920, and this space was Chatwell’s Hat Shop. Wait until these floors are buffed and polished. They’ll be beautiful.”

For at least the past four decades, this corner address has operated as a restaurant (including Sutera’s Italian Restaurant and the various incarnations of the inexplicably popular diner Sharp’s). Cross took over the space in 2012 and installed a scaled-down version of his first restaurant success, Michael Forbes in Waldo, which opened in a forlorn shopping strip in 1985 and closed 14 years later.

Cross has opened other restaurants — the Plaza’s Parkway 600 was probably the best-known — but none matched the popularity of his first operation, whose loyalists came for the fried catfish, steaks and sour-cream apple pie. He revived all of those dishes for his Brookside restaurant in 2012, and they’re on the new menu, created by Cross and his 29-year-old son, Matthew (executive chef here). Among the additions: pulled-pork sliders, a Reuben with house-brined corned beef, and chicken Marsala.

The new Michael Forbes Bar & Grille will continue to offer its popular $11 Sunday brunch, and most of the kitchen and serving staff are returning this week to get the restaurant ready for its comeback.

“We’ll have something that no other restaurant in Brookside is offering,” Cross adds. “Valet service, seven nights a week. The parking situation in this neighborhood can be stressful. There are quite a few restaurants and not so many parking spaces.”

Speaking of parking, there’s yet another improvement that Cross says he’s proud of. “The bathrooms are totally new,” he says. “We replaced the sinks, the toilets, the fixtures — everything. Customers hated those old bathrooms. They’ll love our new ones.”

The restrooms, for the record, are the only spots in the restaurant without cameras. Unless you take one in yourself.