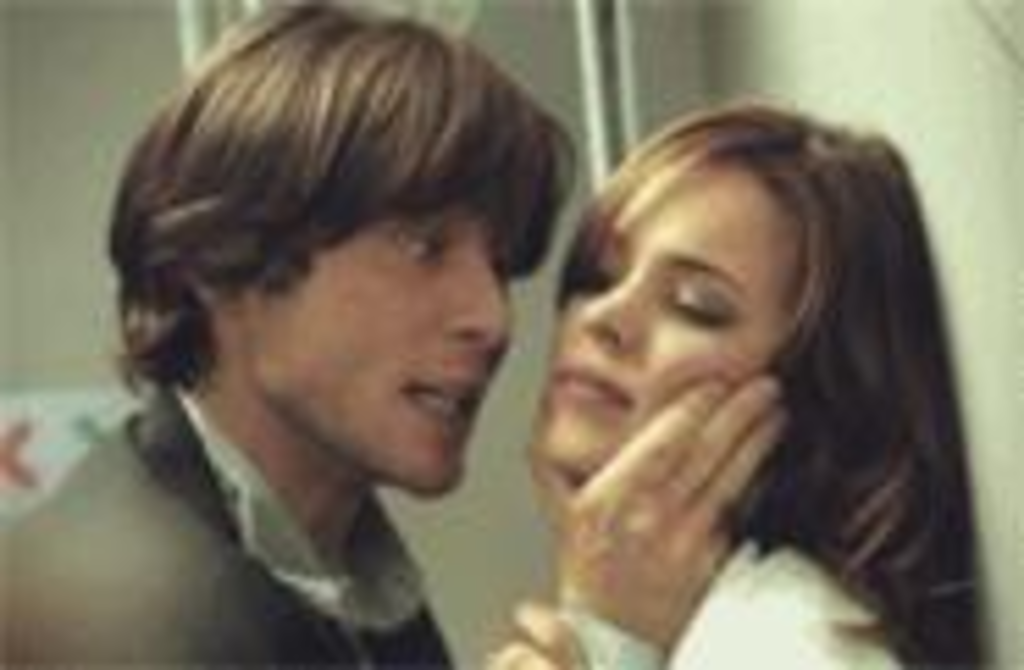 Red Eye may not seem like your typical Wes Craven movie. It’s not really horror, there are no marketable monsters and, unlike Cursed, Scream 3, and other recent Craven offerings, it’s actually an enjoyable time at the movies.

But heroine Lisa Reisert (Rachel McAdams) is very much in the mold of the traditional Craven girl. Like Sidney (Neve Campbell) in the Scream saga and Nancy (Heather Langenkamp) in the Elm Street movies, Lisa has dark hair, big teeth, no time for a boyfriend, the heretofore unknown ability to kick ass when the situation calls for it, and a dangerously intelligent adversary who nonetheless manages to be arrogant enough to underestimate his prey. It doesn’t hurt that the script comes from Carl Ellsworth, a former writer for Buffy, Xena, and Cleopatra 2525.

When workaholic hotel manager Lisa gets in an argument with a rude fellow traveler at the airport, another passenger by the name of Jackson (Cillian Murphy) takes her side. Later, she joins him for a drink at the bar.

Soon enough, Jackson and Lisa are sitting side by side on the plane, and his coolness turns from charming to menacing. He reveals that their meeting was no coincidence; her father (Brian Cox) is under surveillance by an associate ready to shoot him at a moment’s notice. To prevent this, Lisa must call her hotel and change the reservation for the deputy secretary of Homeland Security (Jack Scalia) and his family from his usual suite to another room, where, presumably, an assassination will be arranged.

Craven has been studying his Alfred Hitchcock movies. It is to the credit of all involved with Red Eye that the bulk of the movie is taut and compelling, despite consisting simply of two people talking to each other. None of Lisa’s stalling tactics seem excessively unbelievable (most of them don’t work anyway), and thankfully, this is not one of those movies in which the characters go into the luggage hold and the cockpit and every other nook and cranny. These passengers are as confined as you or I would be in similar circumstances.

Unfortunately, the same cannot be said for what happens when the plane lands. Don’t worry, no spoiling details here — the trailer seems to have taken care of that — but the movie becomes more of a traditional actioner at that point, with Lisa and Jackson eventually doing things that regular humans cannot do. The movie’s still fun, but a different kind of fun. At 85 minutes, it’s also too short to really give you time to worry about nitpicks until several hours afterward.

Newcomer Jayma Mays makes an auspicious debut in the role of Cynthia, the assistant hotel manager on the other end of Lisa’s many phone calls. Essentially the comic relief in the movie, she must balance life-or-death situations with more mundane but equally intimidating run-ins with rude patrons capable of getting her fired. It’s a role that could easily turn into a caricature, but Mays keeps it human and funny.

It’s interesting that the Irishman Murphy came to fame as a horror movie hero (28 Days Later) yet seems to be falling into creepy villainy in his American roles. Maybe it’s because his looks aren’t conventional enough or that his way of speaking — which comes about as a result of trying to conceal his natural accent — is too mannered. McAdams, on the other hand, has shown that she can do pretty much anything, having excelled at comedy (Mean Girls), romance (The Notebook) and now suspense. If she wants a challenge from here on out, she might need to portray an ugly person.