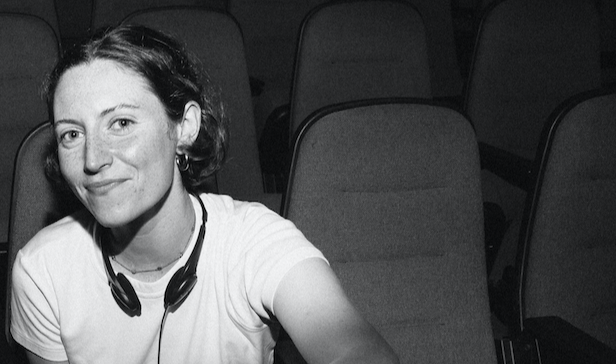 ArtsKC and the Kansas City Film Office announced Brydie O’Connor as the recipient of the Teri Rogers Filmmakers Grant. The $10,000 grant supports local projects by women and gender-nonconforming directors sharing stories of risk, growth, and change within communities.

Based in Kansas, O’Connor’s films focus on women-driven and queer stories inspired by archival histories, LGBTQ+ intergenerational dialogue, and her Midwestern upbringing. In 2021, O’Connor was selected for The Future of Film is Female Award and received grants from Women Make Movies and the Brooklyn Arts Council. Her film LOVE, BARBARA (2021) won the Grand Jury Prize for Short Documentary at Outfest.

The award-winning film Sasporumpet follows the story of a star collegiate tennis player as she rediscovers personal confidence after breaking her good luck charm ahead of the state final. In learning to fend for herself on the court and through life, her newfound confidence leads to her pursuing a romance with one of her teammates.

O’Connor uses her work to share her experience of being queer in the Midwest. Diverging from the mass of coming-out stories,“Sasporumpet” shares queerness in a lighthearted way, building the director’s personal narrative into an honest piece about connection and identity.

Additional information about O’Connor and her upcoming releases can be found on her website.