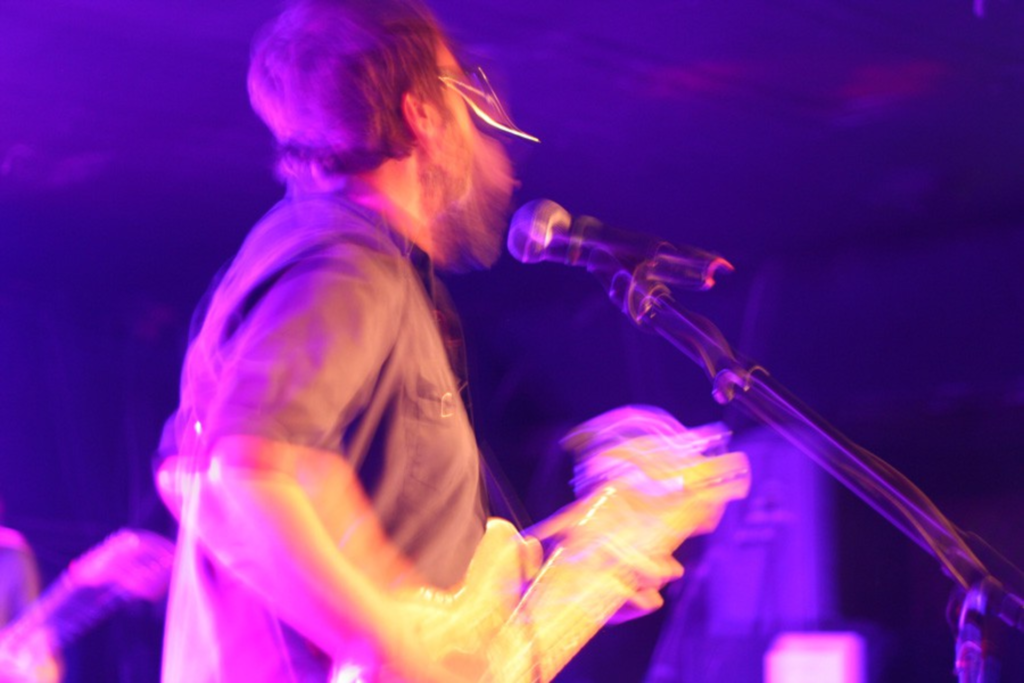 The dangerous thing about Friday night’s installment of the Lawrence Field Day Fest was Final Friday and the Free State Festival going on simultaneously. I headed down to the Jackpot at 6:00pm, and barely made it there by 7, thanks to Wonder Fair, the Phoenix Gallery, and other such amusing places of interest. There were bands everywhere in downtown Lawrence Friday night, but the real attractions were spread between the Bottleneck and the Jackpot. 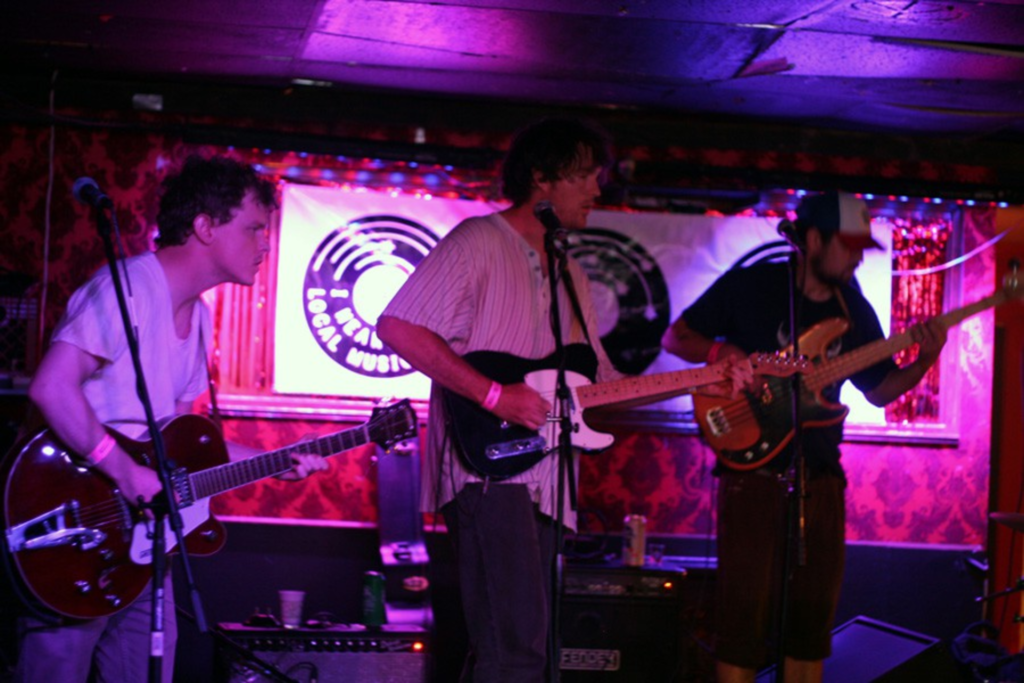 First up at the Jackpot, kicking off the night, was Karma Vision. I’d no idea what to expect, but that was the entire point of this fest: to see as many bands as possible that I’d not encountered before. It was a bit of shame, as their harmonious, 1960s-looking psychedelic pop was seen by about three people who weren’t bartenders, door guys, journalists, or festival-related. Just gorgeous stuff from this quartet, drenched in chiming guitars and three-part harmonies, backed by a pounding rhythm that provided a steady heartbeat for the freaky guitar fuzz work that would sneak out. 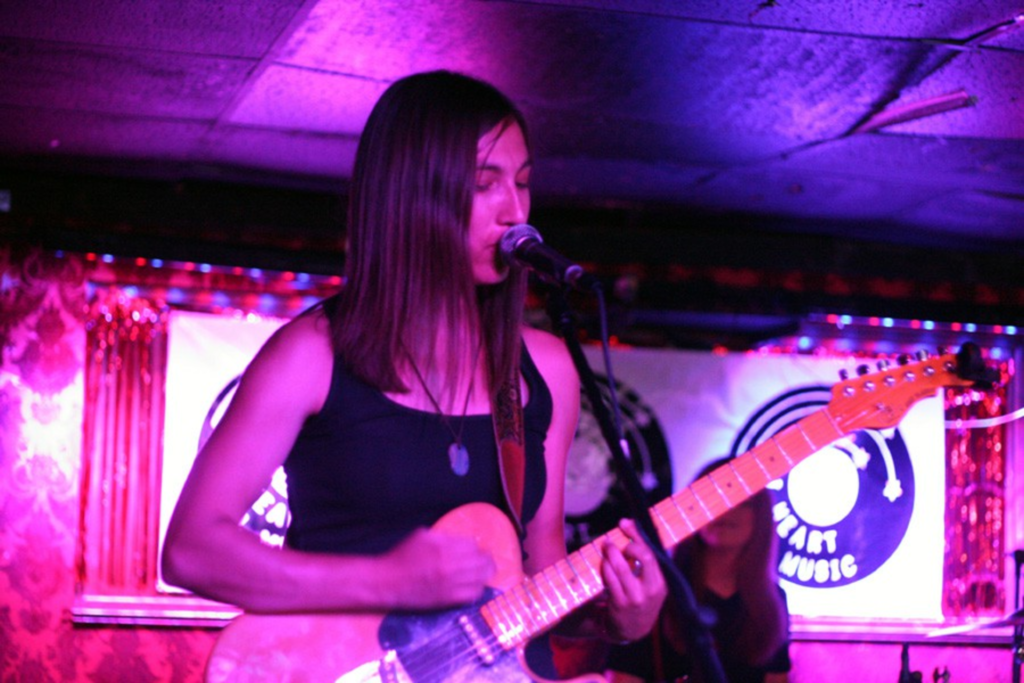 Katy Guillen & the Girls is a band for which I’ve a sticker and a stack of compliments urging me to see it. I’m wishing I’d heeded said urging sooner. The trio’s urgent, dance floor-ready blues-rock is so damned groovy. Guillen’s vocals are passionate and expressive, with an impressive range, and the bass makes this band groove so hard that it’s nigh-impossible to resist the urge to boogie. Random dance parties broke out among the sparse crowd, and for good reason: this is a dance band. In a perfect world, dozens of people dressed to the nines would be cutting a rug in front of the stage while they played. 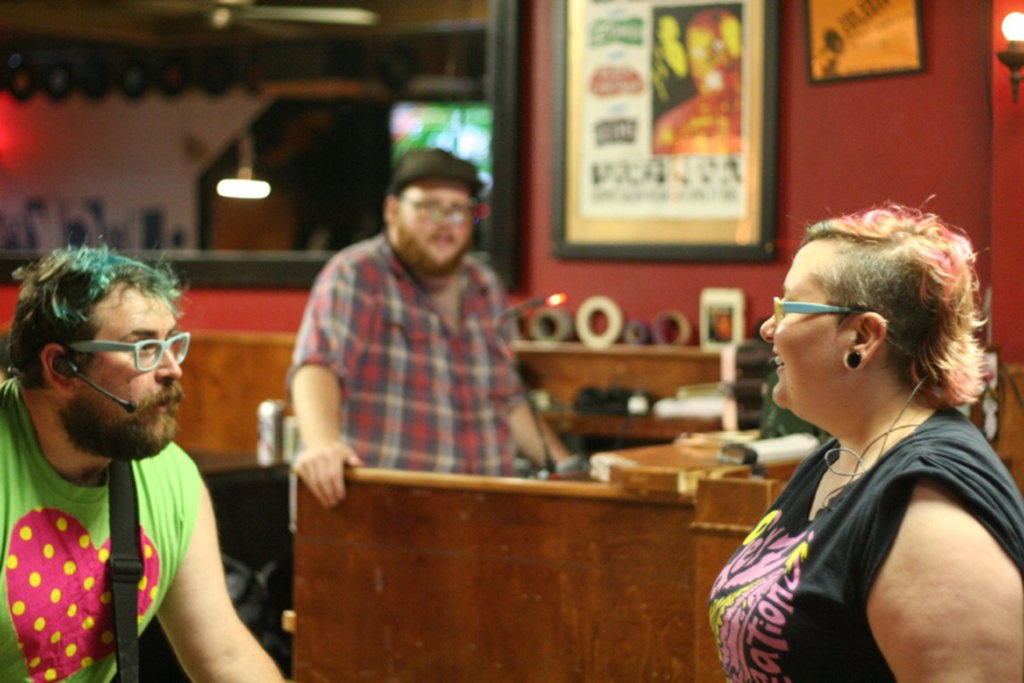 Nate Allen started off with a few songs which, as my wife stayed, “aped Mountain Goats.” It was a bit bleating in terms of vocal affectation, but I think she was referring to the emotional honesty. Destroy Nate Allen was a small circle of fans around the Allen and his wife, singing along and and dancing in the middle of the Jackpot floor. As someone said, these two should be the only musicians allowed to wear headset mics. It’s a combination of musical performance and elementary school gym class. I fully expected to end up in a game of parachute or Red Rover. I’m actually kind of disappointed that didn’t happen, come to think of it. 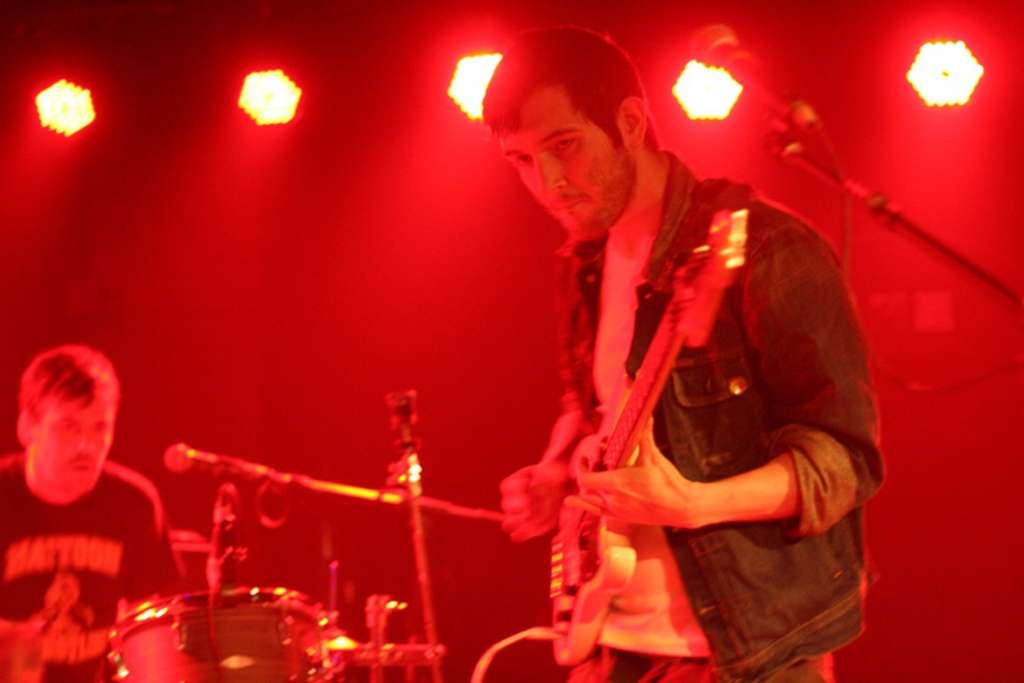 After a short walk over, dancing resumed with All Blood at the Bottleneck. Hearing the band out of a proper sound system just meant that the rock ‘n’ roll was fully tolerable, which was what the quartet was worried about. It was better than that, being loud, raucous, and fun. I wish I could dance better, because All Blood is the kind of band that deserves a crowd of people busting the sort of dance moves you usually only see in 1960s exploitation films. 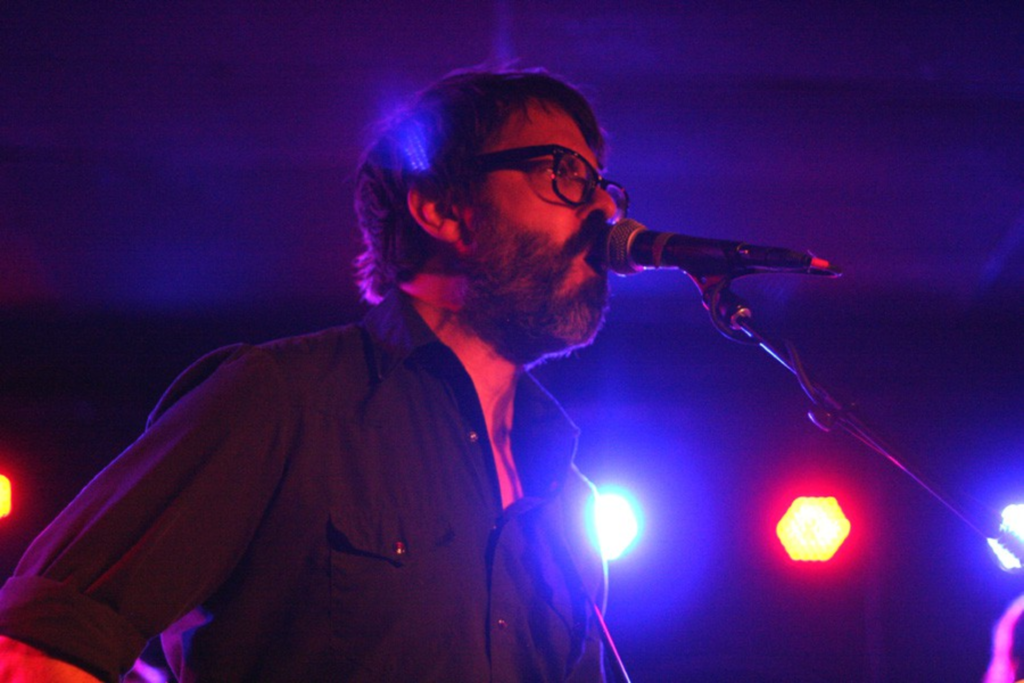 Major Games’ brand of space rock or post rock or however you want to refer to it is hypnotic. The drumming is fully metronomic, while the guitars and vocals swirl above it. Granted, it’s what so many bands before them have done, and I really wanted the trio to build to more of a jam than what they brought out. The swirling melodies were lovely, but I wanted something that led to a cathartic release.

Big ups to the Field Day Fest organizers for having Peter Lyrene and Chance Dibben from the Lawrence comedy collective Harpoon Presents as MCs. Somebody to grab the crowd’s attention, introduce bands, and keep folks clued in as to what’s going on just makes for a festival that runs so much more smoothly.