Fervere is taking orders for its Valentine’s Day loaf 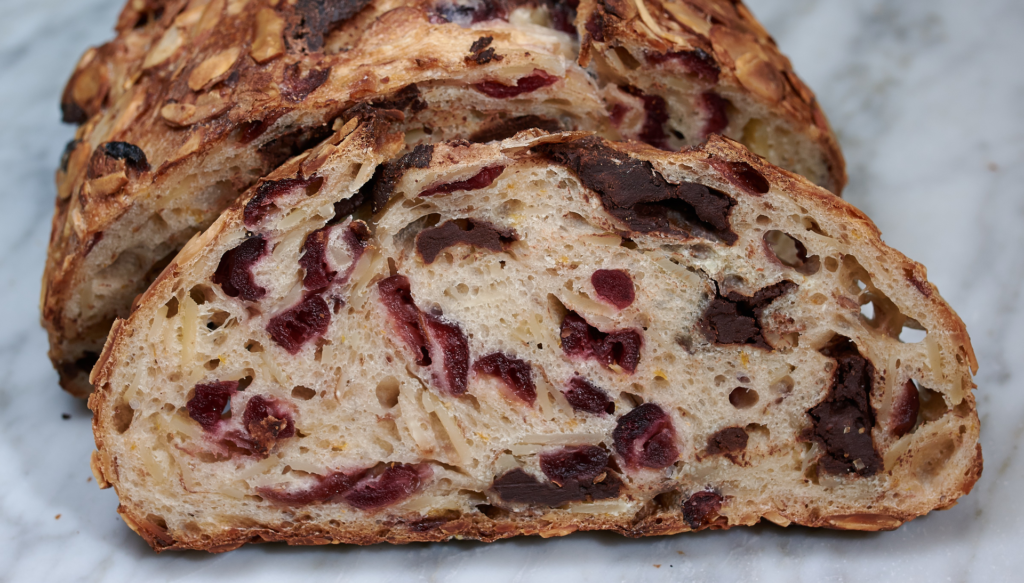 When Fervere Bakery and Bread Studio’s owner and baker, Fred Spompinato, says his February holiday bread is a pain to make, he means pain – not pane (pronounced pahn-nay) – as in Pane e Cioccolata, the 1974 Italian comedy called Bread and Chocolate in the United States.

Why pain? Fervere’s upcoming limited-edition holiday loaf, which is only available on Valentine’s Day, is a variation on the crusty almond-and-cranberry bread that the bakery has been making since November. For the Valentine’s Day loaf, the Fervere bakers add pieces of Christopher Elbow chocolate to the dough, And not just any chocolate, but a chocolate created by Elbow that melds well with fruits and nuts.The difficult part, Spompinato says, is breaking the chocolate into the even pieces required for each loaf and distributing them evenly through the dough.

Spompinato says the bakery rarely makes more than 180 loaves of the Valentine’s Day bread (which is also now sold for New Year’s Eve) for the holiday loaf; he’s still taking orders for the bread at 816-842-7272, but once he’s reached a certain number of orders, that’s it – patrons will have to wait until New Year’s Eve to try the bread. All orders will have to be picked up on Friday, February 13.

“It’s a tradition that I’ve always wanted to start here in Kansas City,” Spompinato says. “Italians like to dip pieces of the holiday bread panettone in cocoa. This gives us the opportunity to create that flavor – we use a good amount of orange zest in our bread, too – in one loaf. It’s a labor-intensive bread, but we think it’s worth it.”