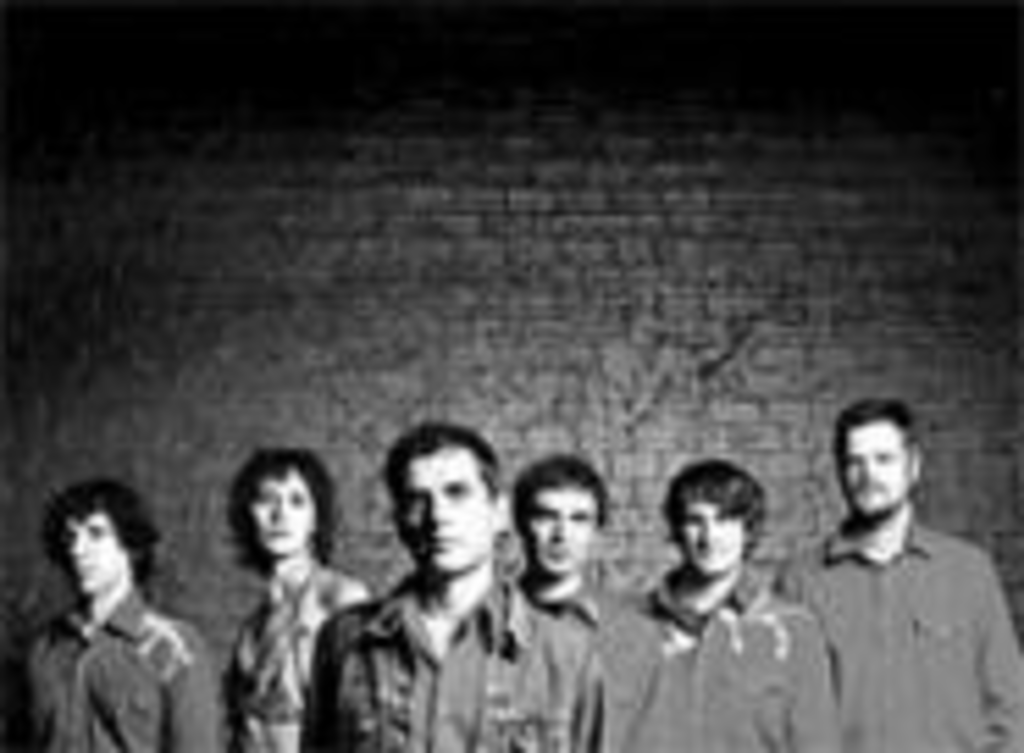 SAT 9/24
Stephen Malkmus handpicked Portland’s Swords Project to open for his first solo tour. That’s good enough for us. The Oregonians — who look like sextuplets and sound like Mogwai — play with Jon Sheffield at 8:30 p.m. Saturday at Mojo’s (1018 Park in Columbia, 573-875-0588). Don’t complain; it’s not a school night. — Annie Fischer

Debbie Does Dance
Song and dance, that is.

9/23-9/24
We can’t begrudge Debbie Reynolds the occasional cartoon voice-over. After all, maintaining unsinkability can take a lot out of a gal. She has to trot out all those Gene Kelly anecdotes every time Robert Osborne calls. She hears filthy smack coming from her own daughter. (And what a piece of work she is, huh, with her little books and that talk in The Aristocrats about how her mother was the golden-shower queen of the MGM lot?) She’s taken ribbing for doing TV mysteries — back when TV mysteries weren’t all about sex crimes. And now she sings and dances, reminiscing professionally. Sometimes she winds up hauling her one-woman show to a community college — she just leaves it off her Web site’s “Upcoming Appearances” page. Her latest off-the-radar appearances are at 8 p.m. Friday and Saturday at Johnson County Community College’s Yardley Hall (12345 College Boulevard in Overland Park, 913-469-4445). But no worries, Debbie; gravy’s gravy. And you, darling, you not only don’t sink in that gravy — you swim in it. — Alan Scherstuhl

The Rep repeats itself.

James Spooner’s got punk is his trunk.

FRI 9/23
We’re thankful that James Spooner included some laughs in his conflicted-subculture film study. It’s not that we don’t appreciate complexity; we just don’t think documentaries always have to be so damned serious. Afro-punk, Spooner’s exploration of race identity within the punk scene, boasts performances by Bad Brains, interviews with TV on the Radio — and humor. Catch the screening at 7 p.m. Friday at the Kansas City Art Institute’s Epperson Auditorium (4415 Warwick, 816-474-5224) alongside performances by Ad Astra Per Aspera, the Get Wild Five and Crap Corps. — Fischer